Speaking on behalf of the Institute for Local Self Reliance, McCoy stood with the Minnesota Department of Commerce, the City of Minneapolis, the Minnesota Citizens Utility Board, and Xcel’s large industrial customers in opposition to Xcel acquiring the plant.

After hours of testimony and questions, the Minnesota Public Utilities Commission delivered a unanimous rejection of Xcel’s proposal. All in all, commissioners agreed that there was not enough evidence to prove that this purchase would benefit ratepayers. Xcel has stated that it still plans to buy the gas plant through an affiliate company, which would place the risk on shareholders.

Listen to Maria McCoy’s five minute statement in the video, or read her testimony, below.

My name is Maria McCoy, and I’m here on behalf of the Institute for Local Self-Reliance to express our opposition to the acquisition of the Mankato Energy Center by Xcel Energy.

The focus of our opposition is the unequal balance of risks and benefits between Xcel Energy’s shareholders and its customers. As noted in our comments, this imbalance happens in several ways.

First, the purchase would mean near-term rewards for shareholders against long-term risk for customers. According to the Company’s filed comments, the economic benefits don’t turn positive for customers for at least twenty years, and then only if their assumptions about the value of the plant’s capacity and gas prices are accurate. Shareholders start getting paid immediately.

Second, the risks to customers of expanding Xcel’s commitment to any gas plant are rising. A report published by the Rocky Mountain Institute last week entitled “The Growing Market for Clean Energy Portfolios” suggests that 80 percent of proposed combined cycle gas plants in the United States face a stranded cost risk by 2035, at least five years prior to the time when the Mankato Energy Center is expected to become value positive for Xcel customers.

Third, the risk mitigation measures proposed by Xcel are weak. One measure relies on a presumption of high capacity prices in the market. While this is possible, there’s also a strong possibility that the reverse is true due to falling costs for battery storage and deployment of advanced demand response programs. A second proposal effectively punts risk mitigation onto future commissions and commissioners, asking customers to hope that regulators appointed in 2025 will be more willing to hold the utility accountable for its risk calculations. In both cases, risk remains on customers.

Finally, Xcel acknowledges that the climate risk will also be borne by customers. The plant can be retired early, in 2040, to meet urgent greenhouse gas emissions reduction targets, but only at the sacrifice of any financial benefits to customers.

There remain two further reasons to reject this purchase beyond the imbalance of risk and reward.

One is the purchase price. In its defense of the proposed acquisition, Xcel suggests, “The fact that our modeling shows customer benefits associated with ownership under a wide variety of resource planning scenarios demonstrates that the Company is paying a reasonable price for the plant.”

This statement conflates the purpose of net present value calculations––which indicate whether a project has financial benefits exceeding costs over the timeframe analyzed––with comparison shopping. For example, in desiring to buy a Tesla, I might provide a 20-year net present value analysis showing that the financial benefits of ownership, such as reduced fuel costs and maintenance, will exceed the cost of financing the car. It does not, however, suggest that the purchase price is reasonable (compared to a Toyota Prius, for example).

There’s also the final issue of the appropriate time and place for utility resource planning. Investor-owned utilities file integrated resource plans to allow the Commission and the public to evaluate the best mix of resources to meet system needs for the next fifteen years. Xcel Energy’s plan is currently under consideration before the Commission. In November, at the hearing where the Commission approved the filing extension for Xcel’s resource plan, one commissioner said to utility representatives, “Get it right, don’t come back before us over and over again, don’t run to other jurisdictions, deal with it in the regulatory compact. Do it right.” Does “do it right” mean filing a resource acquisition proposal outside the planning process?

Allowing consideration of this purchase in relative isolation harms the ability of the Commission and stakeholders to evaluate its merits relative to alternatives. In particular, and as ILSR will share in its forthcoming comments, the utility’s resource plan forecast for distributed energy resources falls far below historical expectations or independent forecast models. Considering this purchase outside of the resource plan diminishes the usefulness of the resource plan in considering–in their entirety–the resources the Minnesota grid served by Xcel Energy is likely to require. By approving this purchase outside of the planning process, the Commission risks setting a dangerous precedent that utility planning is both optional and secondary to capital expenditures that boost the bottom line regardless of their relative value to customers.

The Institute for Local Self-Reliance asks that the Commission reject the request to purchase the Mankato Energy Center. Thank you. 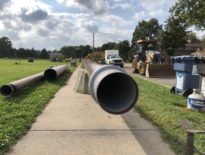 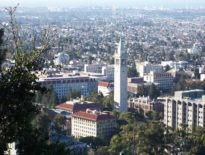