A new scorecard by ​​the Institute for Local Self-Reliance (ILSR), a national research and advocacy organization, ranks California, Massachusetts, New York and Illinois as the top states for policies supporting local clean energy. Nine other states and Washington D.C. scored above average, nine were average, 15 mediocre and 13 states failed.

Now in its fifth year, the local energy scorecard differs from other clean energy rankings, of which there are many, in that it focuses on policies that realign the economics of clean energy.

“Most state legislators look at energy policy through a 100-year-old lens. Electric utilities have a monopoly granted decades ago, or, where competition has been introduced, certain companies have sole control over access to the grid. This outdated assumption contradicts a national commitment to free markets and allows increasingly unnatural private monopolies to persist,” the organization says in a document explaining its reason for producing the scorecard.

In Microgrid Knowledge: Good Places to Build Microgrids in the US? 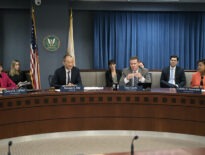 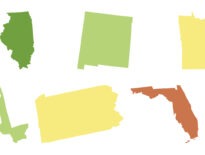