On April 4th, 2019, the Board of Commissioners of Berrien County, Michigan approved a resolution that formally acknowledges that achieving countywide access to high-speed Internet is crucial to the county’s mission of improving quality of life for present and future generations.

Connected Nation ranks Michigan 34th among states for broadband adoption and an estimated 368,000 rural households still do not have access to FCC defined broadband at 25 Megabits per second (Mbps) download and 3 Mbps upload. Many areas of Berrien County lack access to Internet speeds over 10 Mbps download and 1 Mbps uploads. The resolution will ensure that the county commits to pursuing opportunities and partnerships that increase broadband availability.

County commissioners Ezra Scott, of New Buffalo, and Teri Freehling, of Baroda introduced the measure and have already begun taking steps to turn it into action including creating a board subcommittee that works with municipalities and community partners to pursue broadband opportunities. They’re also exploring the possibility of a grant application for the newly announced U.S. Department of Agriculture (USDA) Rural eConnectivity Pilot Program (ReConnect Program). The commissioners hope that the resolution demonstrates how serious Berrien County is about pursuing countywide broadband access. As Freehling stated, “broadband is more than an option, it’s a necessity.”

Broadband as A Necessity

Berrien County is located in southwest Michigan and home to just over 150,000 people. As part of the state’s “fruit belt”, the county leads the state in production of peaches, pears, and grapes and half of the county’s land is dedicated to agriculture.

Despite high-speed Internet access being crucial for modern “precision agriculture,” which uses elements of GPS to track crops, Freehling, who lives on a working farm, said she has no access to broadband because her home is on the wrong side of the road. Likewise, Internet speeds are so slow, with download speeds sometimes not exceeding 4.2 Mbps, in Scott’s town of New Buffalo, the township clerk has trouble downloading county tax records and election documents.

Freehling’s goal is to make Berrien County “a top five pick” for those seeking to locate here and she does not “want the lack of broadband to hinder that.” With the approval of the new resolution, Freehling hopes that the county can work towards universal broadband access, which will in time attract new businesses and employees.

One way Freehling and Scott believe Berrien County can start pursuing countywide broadband is through the ReConnect Program. Established on March 23rd, 2018, the ReConnect Program will make available at least $600 million in rural broadband projects, through $200 million in grants, $200 million in loan and grant combinations, and $200 million in low-interest loans. The program was created because, as United States Secretary of Agriculture Perdue describes, “Reliable, high-speed broadband Internet e-Connectivity is critical for economic prosperity and quality of life in the 21st century, from education to health care to agriculture to manufacturing and beyond.”

Telecommunications companies, rural electric cooperatives and utilities, Internet service providers, and municipalities may apply for the program and are eligible if they are in a rural area where more than 90 percent of the households do not have sufficient broadband access. Most communities in Berrien County are eligible because they have fewer than 20,000 people and currently lack broadband.

Freehling explained that the resolution does not mean that the county is looking to start providing Internet, but instead will serve as “‘conduit’ to municipalities, companies or organizations that want to apply for a grant.”

Depending on the package available, grant applications are due between May 31st and July 12th, 2019. Because the application involves numerous steps, including having all plans certified by a professional engineer, this deadline is expected to be difficult to meet. The county’s director of community development, Dan Fette, told the commissioners that, “there is no way to put together a credible application by May 31st.” Despite this, Scott and Freehling are determined to bring broadband to Berrien County.

As Freehling noted, more funding should become available in the next fiscal year and there is a possibility that the current grant application deadline may be extended. Additionally, when Scott met with the U.S. Commerce Department officials, they offered to assist with the process because they want Berrien County to be a pilot for expanding broadband. Scott said:

“We can’t sit back and let other counties and people do this around us. We have to be proactive. We have to take action instead of reacting.”

While Scott estimated it may take years to see significant progress in broadband coverage in Berrien County, Freehling asserted that she hopes with the approval of the resolution, expanding high-speed Internet across the county will remain a strong long term priority. As Freehling said of achieving universal broadband, “this is not a sprint, it’s a marathon.” 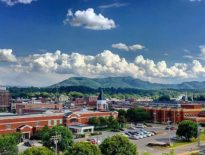 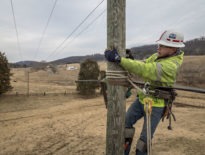