A pair of Michigan cities are taking the next step toward a municipal broadband network by pursuing a feasibility study.

Farmington and Farmington Hills, suburbs of Detroit, approved the joint broadband feasibility study at the end of January. Officials hope the study will help reveal whether one or both cities should invest in a municipal broadband network. “It really will give us a much better understanding of how Farmington Hills and Farmington may or may not benefit by exploring this further,” Farmington Mayor Sara Bowman told local news.

Farmington and Farmington Hills are bustling suburbs of Detroit, located approximately 25 miles northwest of the city. With a combined population of over 90,000, the two cities are close geographically as well as economically and politically. Farmington Hills almost entirely surrounds Farmington, and officials have previously considered merging their municipal governments. Though that proposal failed, the cities still share certain services, such as the school district.

In 2018, Farmington and Farmington Hills formed a joint task force to study the creation of a municipal broadband network in the cities. The task force, “began with the premise that broadband Internet is a critically important 4th utility, along with electricity, gas and water,” explains the Farmington Hills website.

The effort was prompted by residents who complained about limited broadband options and high costs, Farmington Councilman Joe LaRussa told a state news site. “Fiber-based Internet infrastructure was being prioritized in business corridors and bypassing neighborhoods and more remote areas of Farmington Hills,” he explained.

Officials like LaRussa believe a municipal fiber network could help distinguish the cities, as well as lower costs and improve local Internet access. “We really don’t have vacant land that we can build on and create value that way, so we were coming up with creative ways to create value,” he shared.

On the recommendation of the joint task force, the cities selected CCG Consulting and Finley Engineering to conduct the feasibility study. Both firms have extensive experience working with municipalities and have prepared broadband feasibility studies for cities like Cortez, Colorado [PDF], and Davis, California. View their proposal at the end of the Farmington City Council meeting agenda [PDF].

The feasibility study process will last approximately four months. Afterward, Farmington and Farmington Hills can choose whether to proceed with a municipal broadband network, either together or separately.

Read about other communities that have collaborated for better local connectivity, such as Baileyville and Calais in Maine or ECFiber in Vermont. 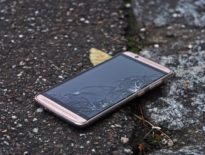 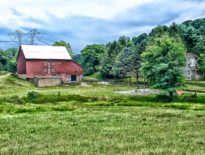