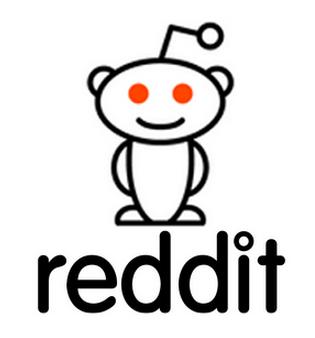 This week’s rumblings on municipal broadband held more reverberations from last week's announcement that the FCC would take up formal proceedings regarding Chattanooga, TN and Wilson, NC petitions. The message for preempting state laws is being amplified, first Business Insider wrote this piece on How “Gig City” Chattanooga is putting Big Cable on the ropes:

"Ultimately what it comes down to is these cable companies hate competition," said Chris Mitchell, the director of community broadband networks for the Institute for Local Self Reliance.

As director, Mitchell watches over issues like municipal networks, net neutrality, and the consolidation of cable companies, advocating for the public. "It's not about [cable's] arguments so much as their ability to lobby very well," he said.

And you know you’re making an impact when the Redditers jump on the train (or the choo choo? sorry…) Chattanooga mayor Andy Berke and EPB CEO Harold DePriest participated in a Reddit AMA (“Ask Me Anything”) online discussion, which got Front Page billing:

Q: What would you say to the people that believe it’s unfair for private companies to compete with a public utility?

A: It is unfair - they have way more money than we do.

And here, the mayor talks about the familial relationship the companies had with city leaders before they built their network:

Q: When establishing it, what were your interactions like with comcast, time warner, etc.? Did they try to stop it from happening? If so, how?

A: There were two main interactions. Our last mayor asked big telecom if they would bring gigabit to Chattanooga - and they said NO.

Then, as if on cue, CenturyLink responded with their typical weak claims that “they’re getting to it,” and similar “the check’s in the mail, we swear” type announcements. First in Seattle, Denver, and then in Our Fair Twin Cities (Minneapolis/St. Paul). The giant claimed that soon, if not already, residents could be seeing 1 Gig speeds just like Chattanooga. But when we looked into it, CenturyLink’s site appeared to have no specifics or even potential locations where the fairy-Gigmother might eventually be working.

“Who gets CenturyLink's new gigabit-per-second service, and when, depends on a number of factors, the company cautioned. Fiber to homes requires the existence of nearby fiber infrastructure, and for now this is present only in parts of the Twin Cities.”

Rest assured, we’ll believe it when we see it.

And, finally this week Gizmodo adds in it’s 10 cents. The online tech magazine touted community broadband as an answer to net neutrality fears:

"But guess what: we don't have to rely entirely on the FCC to fix the problems with high-speed internet access. Around the country, local communities are taking charge of their own destiny, and supporting community fiber.

Unfortunately, those communities face a number of barriers, from simple bureaucracy to state laws that impede a community's ability to make its own decisions about how to improve its Internet access.

We need to break those barriers. Community fiber, done right, should be a crucial part of the future of the Internet.