On November 8th, 2016, 26 Colorado cities and counties joined 69 of their fellow communities in opting out of the restrictive, anti-municipal broadband state law, SB 152. For years, we at ILSR have been covering the developments in Colorado as voters reclaim local telecommunications authority.

The media, both locally and nationally, took notice of our efforts.

Here’s a roundup of stories in which national, state, and local outlets cited our work and provided information to ensure this vital issue gained coverage. Read more in our story covering the votes and in our podcast about the election.

Colorado is the only state in the country that has a ballot measure requirement for locally run networks; 22 other states have different laws that restrict local broadband efforts. With so many cities overwhelmingly voting in favor of local government-run broadband, Mitchell says that Colorado’s law hasn’t quite had the effect CenturyLink would have liked.

“If this is the worst barrier we had to deal with, I don’t think anyone would be complaining,” he said. “It’s not as bad as Nebraska or North Carolina, where cities basically can’t do anything under the circumstances of their laws.”

The time for community broadband champions to engage their newly and re-elected state senators and representatives is from November 9 until January 3. Chris Mitchell of 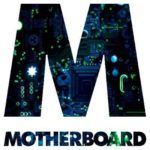 the Institute for Local Self-Reliance says, “Concerned citizens need to organize and speak out. This is a great time for meeting your state representatives by phone, email, or in-person because the big industry lobbyists work them constantly. Let legislators know this is an important issue and you are watching them.”

“I can’t explain how different it feels to me than a few years ago,” Christopher Mitchell, director of the Community Broadband Networks Initiative at the Institute for Local Self Reliance, told me. “For a few years, we basically tracked every single city that was considering building its own network. Now, we’re struggling to keep up—we don’t even know every city that’s interested in doing this.”

“We have seen overwhelming support for local Internet choice in Colorado” said the institute’s Christopher Mitchell. “These cities and counties recognize that they cannot count on Comcast and CenturyLink alone to meet local needs.”

According to the Institute for Local Reliance, the voting results haven’t even been close: “Results from ballot initiatives varied by modest degree but all left no doubt that the local electorate want out of SB 152.”

In this week’s election, all 26 of the municipal broadband-related referendums on the ballot in Colorado communities, including Aspen, were approved by relatively wide margins:

“Results from ballot initiatives varied by modest degree but all left no doubt that the local electorate want out of SB 152.”

MuniNetworks, which supports and advocates for communities to be able to build networks when they choose, reports that every single one of the 26 local municipal broadband networks on ballots in Colorado Tuesday passed with flying colors.

The cities of Golden, Lafayette and 24 other Colorado municipalities approved ballot measures Tuesday allowing them to explore the idea of offering their own broadband Internet service. They join 69 other counties and municipalities in the state — or 95 total, according to Community Broadband Networks — who voted in years past to opt out of SB 152. 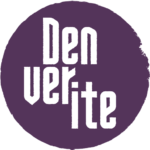 The law is SB 152, passed by the Colorado legislature in 2005. It effectively bans local governments from providing any kind of television or Internet service — unless they get permission from their voters first.

Gradually, governments around Colorado have been doing just that. Seven counties and 19 municipalities put it to a vote in Colorado this season, according to the Institute for Local Self-Reliance, a nonprofit that advocates for municipal broadband.

A fiber optic network — strands of fiberglass bundled together by sheath either above or below ground — is extremely scalable, according to the Christopher Mitchell of the Institute for Local Self-Reliance, a non-profit that advocates for municipal broadband. He adds that the material is also capable of supporting Internet use long into the future. …

“The main thing is that (municipalities) now have the freedom to do with it what they want,” Mitchell said. “There are models all over Colorado — certainly cities like Longmont and Centennial. The most important thing is to basically look at different options that are available, but it takes time to do that.

If you are interested in receiving weekly updates from the Community Broadband Networks initiative at the Institute for Local Self-Reliance please click here, follow MuniNetworks and Christopher Mitchell on Twitter. Original MuniNetworks article available here.