Incineration of plastic waste poses a major problem in Denmark and the government is taking steps to reduce it. Combustion of plastic waste in incineration plant emits large amounts of CO2, which will soon account for 1.5 million tons of CO2 annually, or 3.6% of the nation’s total CO2 output. In order to reduce climate impacts, the government announced a goal of 80% reduction of plastic waste going to incinerators between now and 2030. To achieve this goal, the government proposes initiatives to ensure much more recycling and much less combustion occurs. One of the initiatives is to streamline waste sorting – both at home and at work – and make procedures uniform across the country. Another is to restrict importation of waste from abroad for incinerating in Denmark. Imported waste has a significantly higher content of plastic than Danish waste for incineration. Therefore, imports increase Danish CO2 emissions.

The government will also invite the parties of its legislature, Folketing, to develop a national program.

Climate Minister Dan Jorgensen stated, “Denmark is in the midst of an unprecedented crisis… We face a comprehensive recovery mission. But we must not only recover. We also need to think new, reinvent and seize the opportunity for green track change.”

Burning trash to create electricity will be banned in Canberra Territory under a new Australian Capital Territory government policy. The policy explicitly bans the “thermal treatment” of waste in the nation’s capital.

A report on the public feedback highlighted the strong community sentiment toward incineration technology, noting that any thermal waste-to-energy projects would have “significant objection from parts of the community due to health and environmental concerns.”

Mr Rattenbury, a Greens leader, praised the decision, which he described as ruling out “support for big, dirty waste polluters.” “There are cleaner, greener and more efficient ways of managing our waste, than burning it,” he said. “The last thing we need are the toxic emissions or greenhouse gases from burning waste in Canberra. …Burning residual waste is no better than burning dirty fossil fuels and does not allow us to achieve the maximum economic and environmental benefit from those resources.”

The Australian Capital Territory has followed the lead of the European Union and recognized the inherent dangers of waste to energy incineration and the threat this industry poses to our climate, health, environment, economy and the goal of a sustainable circular economy. This dirty energy industry has no legitimate role in Australia and its time for other states to follow the lead of the ACT and invest in safer, more effective Zero Waste Policy. Plastics and chemicals have polluted our global environment. It’s time to address this dinosaur in the room and fix our materials production and waste management systems once and for all. This decision is a win for environmental justice here in Australia and sets an important precedent for the global south. A bit of hope goes a long way… especially now.

One of the most serious proposals for a new trash incinerator in the U.S. in the past few years has been the threat of rebuilding the decrepit incinerator in Hartford, CT. In late 2017, we supported the Connecticut Coalition for Environmental Justice by knocking out the two most viable of state’s three plans to replace the incinerator. One was a scheme to burn 1/3rd of Connecticut’s trash in a large cement kiln in Albany County, NY. Another was to contract with Covanta to burn at their incinerators, including expanding the other trash incinerator in the same county (Covanta’s Bristol, CT plant).

We’re still fighting on the Albany County, NY, front, where the world’s largest cement corporation has been trying in the past two years to burn millions of tires per year next to a high school, ever since they gave up on the CT trash burning scheme. Got a local law passed there to ban all biomass and waste burning, but then Republicans took over the town and won’t enforce it, so we’re now working at the county level for that — AND to stop firefighting foam from being burned at another kiln in the county that burns hazardous waste.

The proposal that Connecticut went with – Sacyr-Rooney’s plan, which included revamping the Hartford incinerator to keep it running – collapsed under its own financial weight and political divisions over the past two years. While it was supposed to be privately funded, it ended up going for $333 million in state funds that 50 Connecticut towns would have to pay through large tipping fee increases that they weren’t on board with.

Now, they’re acting all sad that the most incinerator dependent state has to export to out-of-state landfills. They don’t understand that landfilling out of state is not nearly as polluting as burning trash anywhere. Once players like Swarr (quoted in article cited above) get over their remaining illusions about pyrolysis, I hope the costs of exporting can be a catalyst to push for real Zero Waste to minimize landfill use.

Even once the Hartford incinerator finally closes, there are still four other trash incinerators in this small state, and a large ash monofill whose expansion is being fought.

May Anti-Incineration Update from Denmark, Australia, and Connecticut 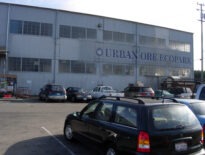 Waste to Wealth Gamechanging Service Fee for Recycling Approved by… 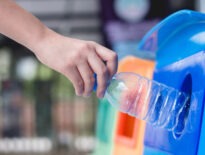