On November 30, 2016, members of ILSR’s Composting Makes Sense team attended the Maryland Food Recovery Summit. Brenda Platt was a vital part of organizing the summit, along with Hilary Miller and Kaley Laleker from the Maryland Department of the Environment. The Maryland Secretary of the Environment, Ben Grumbles, opened the day with a Mark Twain quote: “You can’t depend on your eyes when your imagination is out of focus.” Secretary Grumbles expressed his hope that the day would help everyone focus their imaginations on the issue of food waste, and his wish definitely came true. It was a day packed full of presentations from some of the most imaginative people working on food waste recovery.

Also speaking during the opening plenary was Christina Rice of the Harvard Food Law and Policy Clinic, who brought a different perspective to the day. It was great to hear about an organization that is actively working on creating legislation around food waste. The clinic focuses on four main areas: community empowerment, sustainable food production, food access and obesity prevention, and reducing food waste. Reducing food waste is their biggest initiative, and the one in which Christina is most involved. Under this initiative, the clinic has pursued actions like organizing a conference for food waste entrepreneurs, US EPA, and MassDEP. They also developed a toolkit called Keeping Food Out of the Landfill, which includes policy ideas for states. Some policies that the clinic has worked on are creating tax incentives for food recovery and donation, standardizing date labelling practices, and reducing food waste in K-12 schools.

Another highlight of the morning was Maria Rose Belding’s presentation on her MEANS Database. MEANS, short for Matching Excess and Need, connects donors with with food pantries and food backs, in order to make sure that donated food finds a home. The system is very simple—members post their food donations, and food banks in the area receive a notification. If they are willing and able to take the donation, they simply claim it through the database, and are then connected with the donor in order to arrange transfer. While the system is simple, it is incredibly effective, with over 13,000 customers in 48 states since its founding two and a half years ago. It was very exciting to learn about such a creative solution to the problems of excess food and hunger.

During the session of “Preventing Wasted Food Through Source Reduction and Feeding People,” attendees got to hear from Evan Lutz, described as a “local celebrity”—he graduated from UMD in 2014 and has since gone on to start Hungry Harvest, a very successful local company, as well as appearing on an episode of Shark Tank, cementing his celebrity status. Evan, like many of his fellow speakers, wanted to find a solution to both the $1.50 every Americans spend each day on food they don’t eat, and the 50 million Americans who are food insecure. His solution was a subscription service which “recovers” produce considered too ugly to be sold at grocery stores, and delivers some to each customer. For each delivery to a subscriber, Hungry Harvest donates 1-2 pounds of produce. They also set up subsidized farm stands in food deserts.

Next, Terry McGowan, representing Ahold USA, had a lot to share about some cool work they’re doing in addressing food waste and food insecurity, such as setting up a partnership between Bright Farms, Giant Food, and Capital Area Food Bank. Bright Farms grows the food, Giant buys it, and then donates leftovers to the Capital Area Food Bank. This partnership is an excellent example of a large corporation becoming involved in the food issues facing its local community. Internationally, Ahold is also involved in many projects—such as the crowd favorite Brussels Beer Project, which takes unsold bread and turns it into beer.

During the afternoon session on “Food Recycling Options,” Justen Garrity of Veteran Compost gave a very engaging presentation. Veteran Compost is a Maryland-based company that picks up and processes food scraps for compost. They have had great success, able to support 12 full-time employees on a living wage. Justen’s greatest insight was to sell composting not as a “green” measure, but rather a money-saving one. Veteran Compost’s clients regularly save as much as 25% of their food costs once they can see all the food waste collected in one place, and realize how much truly is waste. This economic focus has allowed Veteran Compost to attract some large commercial clients (the Baltimore Ravens were name-dropped).

Isabella Lee, a Sustainability Fellow at St. Mary’s College of Maryland, shared her experiences creating a robust composting program with very little money. Other than her salary and the wages of her three interns, St. Mary’s composting program receives no money from the college. They’ve had to really work on inspiring students to volunteer their time at the campus farm. The program also stays afloat by selling some of their produce to the school dining hall. Although the program’s dependence on volunteers has certainly limited them (for example, they don’t yet have the capacity to handle food waste from the dining hall), the work that Isabella has done is a wonderful example of the potential to create change by starting small.

The day ended with breakout sessions on Food Recovery Outreach, Food Recycling Infrastructure, and Source Reduction and Donation. Our own Brenda Platt facilitated the discussion on infrastructure. The attendees at this session came up with dozens of challenges—and great solutions. At the end, the solutions were put to a vote to find the most popular ones with encouraging the use of compost and anaerobic digester products in all state projects coming in first, followed closely by creating incentives for landowners to host compost sites and developing a tipping fee surcharge to discourage landfill and incinerator use. We also got to hear from the facilitators of the other two groups. The Outreach and Education group concluded that self awareness on wasted resources is the biggest challenge facing food recovery. They proposed a few solutions, such as stronger messaging around food recovery, and making food recovery a common practice outside the home. Next, the Source Reduction and Recovery group shared their conclusion that changing our culture will be essential to effectively reduce food waste at the source. In order to start encouraging this culture change, they want to pursue methods such as establishing waste audits and creating economic incentives for reducing and recovering waste.

The summit wrapped up with words from Cheryl Coleman, the Director of Sustainable Materials Management at the US EPA. She reminded the attendees of the national goal to reduce food waste by 50% by 2030, one of the many reasons that this summit was so important. The ReFED Report, where this goal is established, states that if the nation commits to achieving this goal, it will lead to 15,000 more jobs and $100 billion in added economic value. Meeting the goals that Cheryl laid out will certainly be a lot of work, but if the presenters discussed here, as well as the many other wonderful presenters and attendees of this summit, are any indication, there are already many talented individuals coming up with creative solutions to reduce food waste. 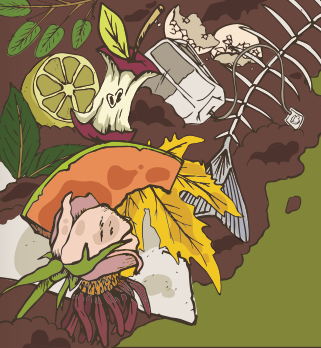 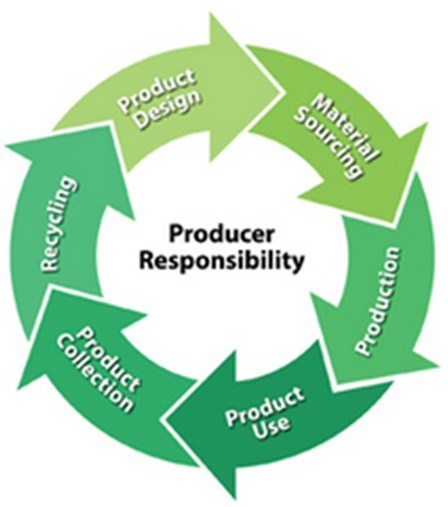