Excerpt from the opinion column by Kathryn Judge, originally published at MarketWatch on July 12, 2022

…Amazon’s rise has made daily life a bit easier for most of us. But it has also contributed to the closure of local stores, reducing alternatives. Amazon’s acquisition of online competitors, such as Diapers.com and Zappos, has created even fewer outside options and made it harder for buyers to go elsewhere.

The magnitude of Amazon’s power is reflected not only in conflicted shoppers, but also the increasing fees Amazon collects from sellers that rely on its platform. Research by the Institute for Local Self-Reliance reveals that Amazon has managed to squeeze more out of its sellers every year for the past eight years. In 2014, when a buyer bought a good from a third party via Amazon, 81% of the price they paid would typically reach the seller. That figure fell to 66% by 2021. This is in part because sellers are buying more services from Amazon, but Amazon also designs its platform and services so sellers feel the need to pay more to compete effectively…

MarketWatch (Opinion): Prime Day is here — and it’s a prime day for you to quit using Amazon 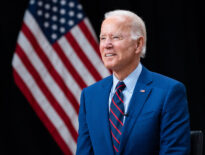 Retail Statement on the One-Year Anniversary of President… 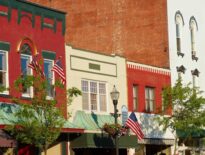 Retail Report: How New Federal Antimerger Guidelines Can …
Sign Up for the Hometown Advantage Newsletter