In light of the recent FCC decision to restore some local telecommunications authority in Tennessee and North Carolina, it is time to examine the details. Join leading telecom attorneys Jim Baller and Marty Stern as they host a live BroadbandUS.TV webcast on March 13th to discuss Title II, network neutrality, and new possibilities for munis.

The event begins at 1 p.m. ET and is titled FCC Takes Charge - Net Neutrality and Muni Broadband: New Title II Rules for Broadband Access and Preempting State Limits on Municipal Networks. Registration is available at the BroadbandUS.TV website. More info about the event:

In this special edition of Broadband US TV we examine two historic decisions from the FCC: The decision to classify broadband access as a Title II service, and the preemption of state laws in North Carolina and Tennessee that placed limits on municipal broadband networks.  We’ll dive into these issues with two panels of prominent players and experts on both sides of these white hot issues.  Hear details about the rulings, predictions on implementation and court challenges, and what these rulings are likely to portend for broadband in America over the next year and beyond.  On the muni broadband panel, our own Jim Baller, lead counsel to Chattanooga and Wilson before the FCC, will go from host to panelist and mix it up with our other guests.  We’ll be sure not to cut him any slack.

Participants will have the opportunity to send in their questions during panel discussion, so have your questions ready! 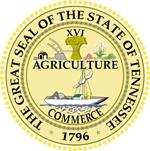