The Rocky Mountains are beautiful, but they make Internet access difficult — that’s the long and short of our research on Colorado. While community networks are making some headway in providing much needed connectivity, much of the state still may only have access to fixed wireless or Satellite service.

We investigated Internet access in Colorado using the Federal Communication Commission’s (FCC) Form 477 data. Many of the most rural areas of the state do not have any form of Internet access other than satellite or fixed wireless services. For our analysis, we exclusively looked into wireline Internet service because it is less weather-dependent than satellite or fixed wireless. We added county subdivisions onto our map to help readers differentiate between more urban and predominantly rural areas. DSL service, while widely available, often cannot support this latest definition of broadband. It relies on copper telephone lines, and the actual speeds customers experience are often not as fast as advertised, “up to” speeds. Cable can provide broadband speed, but its actual speed can vary in times of peak traffic, such as the early evening. Fiber is the most reliable form of Internet service. In some communities, fiber networks are providing speeds of 10 Gbps (400 times the speed of broadband). Colorado is one of the many states that erect barriers to community networks. The state law, colloquially known as SB 152, requires public entities to hold a referendum on whether they can even study the possibility of building a community network. About 100 public entities in Colorado have passed referenda and reclaimed local control of their telecommunications future. Not all have moved forward with projects. Three electric cooperatives have also stepped up to provide a community-owned alternative to big telecom.

Longmont — This small city won the 2017 Community Networks Project of the Year Award for its Fiber-to-the-Home network. Residents can get 1 Gbps for about $70 a month.

Meeker — Rio Blanco County operates an open access network in this city. This enables small private providers to offer service without having to pay a huge capital cost in building a network from scratch.

Rangley — Another city within Rio Blanco County’s project. The project will be a mix of Fiber-to-the-Home in urban areas and fixed wireless in rural areas.

Fiber in Some Areas

Montrose —  The community has been working on developing a plan to reach every resident. Learn more from the Community Broadband Bits Podcast Episode 95.

Cortez — The community operates a pilot project for Fiber-to-the-Home service.

Durango — The city began installing fiber in the 1990s. Now the community leases dark fiber to nonprofits and businesses.

Centennial — The city has a dark fiber network and is partnering with the ISP Ting Internet to bring Fiber-to-the-Home to residents. Listen to the whole story in Community Broadband Bits Episode 222.

Explore these cities on our interactive Community Networks map. It lays out every small town and city that has a publicly owned or cooperative network in the U.S.

Note About the Data

The Form 477 underlies most Internet availability maps, as it is a national publicly available dataset on Internet service. Internet Service Providers (ISPs) use the form to self-report information on what kinds of services they offer and where they provide service. The FCC then releases this data every six months. The Form 477 is not perfect and is a best-case scenario for Internet service. We based our map on the most recent update at the time, December 2016 version 1.

Check out a similar analysis and map based on Form 477 data from the state of Georgia. 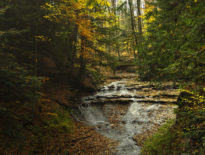 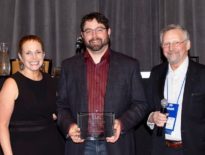