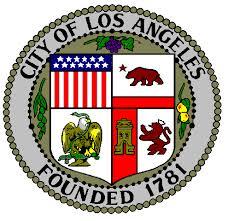 The City of Los Angeles has announced a confusing intention to release an RFP for a vendor to install a gigabit fiber network. A recent Government Technology article touches on the broad plan to build a massive fiber and wireless network to every public and private premise.

GovTech spoke with Steve Reneker, general manager of the Los Angeles Information Technology Agency. We last spoke with Reneker in Episode #11 of the Community Broadband Bits podcast. In that interview, he described how Riverside, California, used the publicly owned network to revitalize the economy and support the community's digital inclusion plan. Los Angeles wants to emmulate Riverside's success. From the GovTech article:

“[The plan] is really focused on fixing the operational issues that due to the economy have been left by the wayside over the last three and four years,” Reneker said. “So, correcting the lack of investment, the lack of technology refresh, the reduction in staff that make operational aspects of our infrastructure difficult to keep going forward, tries to deliver an incremental approach to starting a long, lengthy rebuilding process.”

Engadget reports that the City Council unanimously approved the proposal to move forward with the plan at a November 5th meeting. A Request for Proposals will be issued in the coming months for the fiber and free wireless network:

It's expected that the fiber will also supply residents with free internet access at speeds between 2Mbps and 5Mbps, with paid plans scaling up to a gigabit. Naturally, the city expects the effort will bring free or affordable WiFi to kids who've scored iPads through the school district. The entire scheme is expected to cost $3 billion to $5 billion, but the outfit that builds the network will have to foot the bill.

Experts wonder if large providers, who may be the only ones with the resources to make such an investment, would be willing to invest. Harold Feld from Public Knowledge spoke with Ars Technica:

"My first reaction is 'I look forward to their RFP for a unicorn supplier, because I think it's about as likely under these terms,'" Harold Feld, senior VP of the technology-focused consumer advocacy group Public Knowledge, told Ars.

The Ars piece pointed out some advantages to a winning bidder in such an arrangement:

While the vendor would have to provide free Internet to everyone at the network's slowest speeds (potentially with ads to support the service), it could also charge a premium for everything up to gigabit lines and could sell TV and phone service to everyone in LA. Moreover, the winning bidder could get contracts to provide the city government with data center hosting and perhaps other IT services like e-mail.

"I like to think of it as limited at this point only by your imagination," Los Angeles City Council member Bob Blumenfield, who came up with the idea, told Ars.

"As I understand California law at this point, LA would be asking someone to do something that they could do now. LA doesn't appear to be giving them any specific inducement to do so. And a lot of providers, if they were going to do this they would just pick a part of LA and do it there. There's no reason they would choose to do it everywhere."

At this point, the city tech department has been directed to draft an RFP [see the PDF of the Innovation, Technology and General Services Committee Recommendation]. The RFP will list "available assets and services that would entice a vendor to provide a build out of some level of free broadband service to all City residents while respecting the commercial carrier's basic levels of service and to not significantly influence carrier competition." Developing that list may take some time. Blumenfield notes that a map or catalog of total city fiber may not exist.

When pressed for details on what the city could offer any vendor, Blumenfield told Ars:

"You're asking me to define these things and at this point I'm hesitating to define them, because at this point we're just really at the early phases. It's what you imagine it to be. We're issuing these RFPs to get people to think big and to bring forth proposals to the city of how they would partner with the city."

Update on 11/19 from Christopher - The more I learn about the approach, the worse I think it is. Craig Settles interviewed Steve Reneker and it sounds like Los Angeles will be making itself more dependent on a provider that almost certainly will not be rooted in the community. It is proposing to subsidize a rollout by promising contracts for city services (also known as the failed Minneapolis Wi-Fi model). This is particularly disappointing for a city that has significant resources that would allow it, at a minimum, to move toward an actual partnership as Seattle settled on this year. This RFP is a refusal of the local government to take responsibility, not a smart plan. 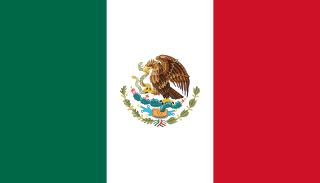