A two-year-old campaign dedicated to building greater support for locally owned businesses in Salt Lake City and across Utah is having a considerable impact.

Sales are up, according to participating businesses, and a recent poll by The Salt Lake Tribune found that 3 out 4 residents want the city to adopt policies that favor local businesses and limit where and how many chains are allowed.

Launched in 2005, Buy Local First Utah is a coalition of independent businesses working to increase public awareness of the benefits of choosing local stores over chains. The group gets its message out through educational events, media coverage, brochures, window decals, and a directory of locally owned businesses, which is available both online and as a printed booklet.

“Our message is, if you care about the community, you need to think about how you spend your money,” said Betsy Burton, Buy Local First board chair and owner of The King’s English bookstore.

The campaign’s motto, “Buy Close By, Preserve Community,” is fast becoming part of the local mindset, according to business owners.

“More people are becoming aware of the issue, and more people are trying to support local businesses as a result of Buy Local First’s efforts,” commented Tim Welsh, co-owner of the Beehive Cheese Company and a member of Local First. Welsh said his sales are up since the campaign began.

So are sales at Oxford Shoes in downtown Salt Lake City, according to owner Richard Wirick. In an interview with the Tribune, he said, “We are pushing the ‘Buy Local’ idea so much you would have to think that had to have played a big role in how well I did during the holiday season.”

“This campaign is the foundation of my whole company,” said John Winder, owner of Spotted Dog Creamery, which makes ice cream using locally produced milk and other homegrown ingredients. Thanks to the campaign, he said, many people are now seeking out local businesses and asking for locally produced foods and other products.

Independent businesses have been joining the campaign at a fast clip. With just over 300 businesses in 2005, Buy Local First Utah now includes more than 1,300 businesses, a little more than half of which are located in Salt Lake City and the rest in towns across the state.

“We’ve been able to get big numbers and stir up a lot of interest from the business community, which has translated into massive publicity and ultimately increased interest from local government, because they, in turn, respond to numbers,” said Burton.

Buy Local First Utah has been the subject of numerous local radio, television, and newspaper stories, providing repeated opportunities for the group to talk about why independent businesses are so important to the economic and social health of the state.

The campaign is also attracting more attention and support from local and state officials. There have been major discussions in the Salt Lake City Council about crafting an ordinance to protect the city’s local businesses through zoning and design standards, hopefully keeping chains from standardizing the community’s unique neighborhood business districts.

The issue is likely to figure prominently in this fall’s mayoral and city council elections. In an August poll conducted by The Salt Lake Tribune, 73 percent of residents said they wanted the city council to limit how and where chain stores can be built.

Local First hopes to become even more influential over the next year, according to the group’s executive director, Alison Einerson. She doesn’t see membership growth subsiding anytime soon. “We’ve more than doubled in the last year, and look to double again by next year.”

“It’s our main goal now to make sure the rest of our state and the outlying communities really get behind the program and understand how it helps their local economy,” said Einerson, pointing to focused efforts by the campaign in towns like Magna and Bountiful.

It costs local businesses nothing to be a part of the campaign, which they can join via the Buy Local First Utah web site. To be eligible, a business must have 51 percent of its ownership held by Utah residents, and all business decisions must be made locally.

New business members receive welcome packages containing brochures and other educational materials, and Buy Local First stickers for their windows. They are also listed on the online directory and in the printed directory, which is published once a year and is widely available, for free, at local stores.

The first edition, which listed 1,100 businesses, was released this past July as part of the campaign’s “Independents Week” celebrations. It was funded by private donations and a grant from Utah Office of Tourism.

The directory has information about why choosing locally owned businesses matters, including a compelling graphic that illustrates how much more money stays in Utah’s economy for every $100 spent at a local store versus a chain. 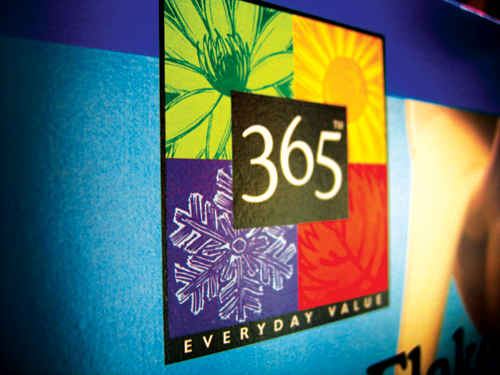 Retail Whole Foods: The Local Face of a Mega-Retailer