Residents of northern Arkansas will soon be able to obtain high-speed Internet access through their local electric cooperative. North Arkansas Electric Cooperative (NAEC) recently received approval from its Board of Directors to expand its residential broadband pilot program, NEXT, Powered by NAEC. This expansion will bring Fiber-to-the-Home (FTTH) connectivity and one gigabit speeds to the co-op’s entire service area.

Origin of NEXT, Powered by NAEC

We first covered NEXT last year on Community Broadband Bits episode 243, when we talked to Mel Coleman, the CEO of NAEC.

While on the podcast, Coleman discussed how rural electric co-ops brought “the next greatest thing,” electricity, to their members. He views the provision of Internet services as following in the same historical tradition: “What we like to think is, ‘This is the next “next greatest thing,”’ and that is broadband in your home, true broadband.”

To bring broadband to their members, NAEC created the subsidiary NEXT to develop the fiber network and connect residences.

In 2016, the NEXT pilot program was launched in three locations in Baxter and Fulton counties. The pilot area included both urban and rural communities as well as portions of the small town of Salem, where NAEC is headquartered. Internet, voice, and video services were offered to approximately 1,500 co-op members within the pilot program’s targeted areas, according to the press release carried by Areawide News.

Since NAEC already owned a fiber backbone to manage its electrical system, the co-op simply had to build out from the existing infrastructure to connect residences. Eligible members could subscribe to symmetrical gigabit services for only $79.95 per month.

“We exceeded our goal of [pilot program] subscribers,” said Coleman, as quoted on the NAEC site, “and many have shared with us the benefits true broadband internet has brought to their families and businesses.”

What’s Next for NEXT?

Following the success of the pilot and the recent approval from the Board of Directors, NAEC plans to expand its current FTTH network in multiple phases over the next few years to provide high-quality Internet access throughout its service area. “We are excited to be our members’ local source for reliable, affordable broadband Internet moving forward,” shared Coleman on the NAEC website.

At a National Rural Electric Cooperative Association e-Connectivity forum in April, Coleman reported that 650 co-op members had signed up for broadband services through NEXT. At the same event, Coleman approximated the cost of building out the entire network at $140 million.

Residential subscribers have three options and all plans are symmetrical:

Businesses can choose from:

Telephone and video services are also available and discounts are available for subscribers who sign up for all three services.

NAEC is not the first rural electric cooperative in the state, much less the country, that has opted to provide high-speed Internet access to members to improve their quality of life. Within Arkansas, Ouachita Electric Cooperative and Ozarks Electric Cooperative also offer FTTH Internet services and one gigabit speeds. Nationally, the list of electric co-ops that provide broadband services, including gigabit FTTH, constinues to grow.

And that number will likely rise. With 900 electric cooperatives across the nation and 39 percent of rural households lacking high-speed connectivity, more and more co-ops will be looking for ways to bring this increasingly critical infrastructure to their communities.

Learn more about how cooperatives are building top-of-the-line fiber networks in their service territories, check out our policy brief Cooperatives Fiberize Rural America: A Trusted Model For The Internet Era. 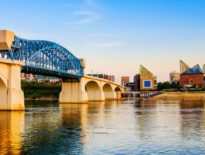 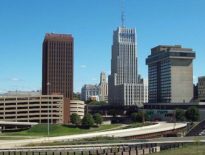