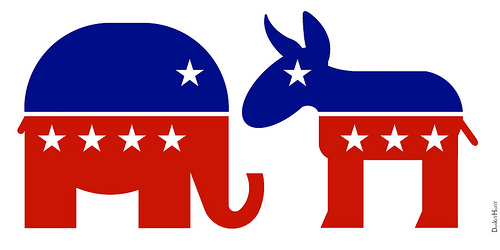 The gridlock that plagues Washington leads many, fairly or unfairly, to lump together the two parties and declare a pox on both their houses.  But most state governments are not gridlocked. Just the opposite.  In almost two thirds one party controls both legislative houses (Nebraska has a unicameral legislature) and the governorship:  Republicans 20, Democrats 13.

In these states, parties can translate ideology into policies virtually unimpeded.  An examination of these policies allows us to get behind the name-calling and 30-second sound bites and discover the remarkable difference between the two parties on fundamental issues.

Contrary to popular wisdom, the fundamental difference between Republicans and Democrats is not on the size of government but the purpose and goals of government.  Both parties believe in taxing heavily and spending lavishly when it comes to protecting our nation from external attack.  Both parties fervently embrace the Declaration of Independence’s insistence that among our “unalienable rights” are “life, liberty, and the pursuit of happiness”.  But their conceptions of security and liberty differ radically.

Democrats believe that governments should not only secure our borders but also advance our personal security.  As reflected in recently enacted state laws, that belief translates into policies extending health care access to as many as possible, raising the minimum wage and expanding unemployment insurance. Republicans vigorously oppose this use of government.  They insist we should not be compelled to be our brothers’ keeper. Of the 13 states that so far have refused the federal government’s offer to pay 100 percent of the costs of expanding health care coverage to millions of their residents, for example, Republicans dominate 12.  All six of the states that are leaning that way are Republican controlled.

What Democrats see as steps to enhance security Republicans view as steps that restrict liberty.  They assert that government-created health exchanges interfere with the right of insurance companies to manage their own affairs while the requirement that everyone have health insurance constitutes an act of tyranny.  Minimum wage laws interfere with the economic liberty of business and the freedom of the marketplace.

Republicans argue that taxes, especially those that tax the rich at higher rates than the poor, interfere with our liberty to pursue happiness by amassing unrestrained wealth.   In the last legislative session Democrat-controlled California, Maryland, Massachusetts and Minnesota raised the income tax rate on millionaires while in the last two legislative sessions, Republican-controlled Kansas reduced such rates by 75 percent and legislators in Kansas as well as in North Carolina and Nebraska are openly pushing for the complete elimination of the income tax.

It is important to note that these Republican actions often result less in a tax reduction than in a tax shift from income taxes to sales or property taxes that burden lower income households most heavily.

When it comes to personal liberty, however, Republicans believe in big government. As former Republican Senator and Presidential candidate Rick Santorum observed, “The idea is that the state doesn’t have rights to limit individuals’ wants and passions. I disagree with that. I think we absolutely have rights because there are consequences to letting people live out whatever wants or passions they desire.”  Even if their wants or passions do not harm others.

This legislative session Rhode Island, Delaware and Minnesota joined 9 other states and the District of Columbia in extending the freedom to marry to include those of the same sex. Meanwhile, of the 25 states with constitutional prohibitions on same sex marriage, 22 are completely controlled by Republicans.  None are Democrat dominant.

Of the 17 states that have enacted medical marijuana laws, 10 are Democratic and only two are Republican. (The rest are not controlled by a single party.) As if to put an exclamation point on this difference, the same day last November that voters in Washington and Colorado approved the legalization of marijuana, voters in Arkansas handily defeated a proposal to allow the drug to be used for medicinal purposes with a doctor’s prescription.

Gun control is an issue that for Republicans and Democrats affects both liberty and security. For Republicans the ability to own unlimited numbers of guns and carry them whenever and wherever one wants with a minimum of government oversight, constitutes an essential part of freedom while allowing the owner to protect herself from physical harm.  For Democrats widespread gun ownership significantly contributes to physical violence inside and outside the gun owner’s household; thus in this case unrestrained liberty must give way to regulation.

In this legislative session while Democratic states like New York and Connecticut and Maryland tightened gun laws, more than a dozen GOP states scaled back their already minimal gun laws. Statistician Nate Silver insists, “Whether someone owns a gun is a more powerful predictor of a person’s political party than her gender, whether she identifies as gay or lesbian, whether she is Hispanic (or) whether she lives in the south…”

For both Democrats and Republicans liberty means being able to participate in influencing the political decisions that affect our lives and futures.  But here again their conception of liberty differs significantly. For Republicans it means the liberty of money, allowing individuals to spend unlimited amounts to elect candidates and lobby legislators while restricting the liberty of people by making voter access more difficult.  For Democrats it means the opposite.

Recently Colorado, Delaware and Maryland have enacted laws making it easier for people to register and vote while Arkansas, Indiana, Nebraska, Tennessee and Virginia have made it harder. Nine of ten states that have voter photo ID laws are Republican dominated.

One could hope that in 2014 the stark evidence emerging from state capitols about the difference between the parties can lay the foundation for a nationwide debate on the purpose of government and the ends to which collective authority should aspire that goes beyond the are-you-for-it-or-against-it attitude that contaminates and diminishes that debate.

On Liberty and Security Democrats and Republicans Drastically Differ 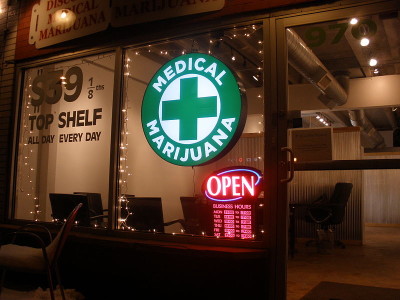 From the Desk of David Morris Medical Marijuana: 40 Years of Sanity from the Bo… 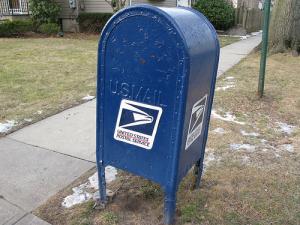 From the Desk of David Morris Can We Save the Commons that is the Post Office?