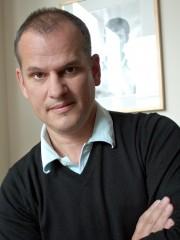 Municipal broadband networks have been gaining traction across the country. It's easy to see why: In many rural and low-income communities, privately offered broadband services are nonexistent. In its 2012 Broadband Progress Report the Federal Communications Commission counted nearly 20 million Americans (the vast majority living in rural areas) beyond the reach of broadband.

The Free Press' Timothy Karr's words are supported by the growing number of pins on our Community Network Map. We connect with places nearly every day where municipal networks fill the cavernous gaps left by the massive corporations. Large cable and telecom providers do not hide their aversion to servicing rural areas, yet year after year their lobbying dollars persuade state politicians to introduce bills to stop the development of municipal networks. Karr reviewed recent efforts to use state laws to stifle community owned networks in a Huffington Post article.

As readers will recall, this year's front lines were in Atlanta, where HB 282 failed. We hope that loss may indicate a turning point in advancing municipal network barriers because the bill lost on a 94-70 vote with bipartisan opposition. If it had succeeded, Georgia would have been number 20 on a list of states that, thanks to ALEC and big corporate sponsors like AT&T, Comcast, Verizon, and Time Warner Cable, have decided to leave their citizenry begging for the private market to come their way.

Time and again, the supporting argument goes like this:

"A vote 'yes' for this bill means that you support free markets and free enterprise," [Rep Hamilton, the Chief Author of HB 282] said [on the House Floor].

A 'no' vote means that you want more federal dollars to prop up cities, Hamilton said.

But Karr points out that some policy makers are starting to question that argument, with good reason. From his article:

"They talk about [the companies] as if they are totally free market and free enterprise, but doesn't AT&T get some tax breaks?" [Rep. Debbie Buckner] asked. "Didn't Windstream get some stimulus money? Isn't that government money?"

Indeed, phone and cable companies have been on federal welfare since their inception. A 2011 Institute on Taxation and Economic Policy study shows AT&T and Verizon receiving more than $26 billion in tax subsidies from 2008 through 2010. The FCC's 2012 report on Universal Service Fund subsidies shows nearly $3 billion in federal payments to AT&T, Verizon and Windstream.

In 2010, Windstream, Corp. -- a telecommunications company with services across the South -- applied for $238 million in federal stimulus grants to improve its service in 16 states. More than 16 million taxpayer dollars went to upgrade the company's services in Georgia.

So, while AT&T, Verizon, and Windstream continue to work with legislators and lobbyists who advance bills that maintain an environment rife with corporate welfare, rural Americans get nothing for their contributions. As the word spreads and more people learn about the benefits of community networks, we anticipate more people will recognize their value. In addition to saving public dollars, increasing connectivity, and spurring economic development, local networks are accountable to the communities they serve, unlike the big corporate ISPs, who are accountable to shareholders.

"The private companies have not been there for us," said Rep. Buckner, who represents rural parts of Talbot and Meriwether Counties. "And if they say they're going to come and be there for us, we don't know how long it will take them to find us."