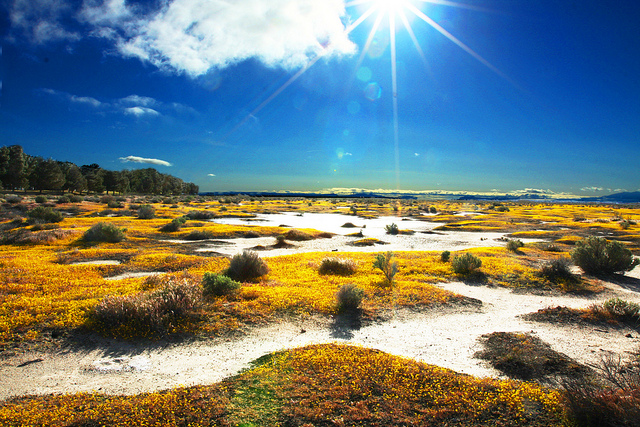 Jason Caudle, city manager with the City of Lancaster, talked with John Farrell in April 2015 about his city’s solar boom. With more than 118 MW of solar, both private and public, operating within city limits, Lancaster is well on its way to producing or procuring 530 MW of clean energy by 2020. Hitting that target would make Lancaster one of the world’s first net-zero towns, producing more energy on an average day than the city consumes.

It started with installing solar projects on city-owned buildings such as the baseball stadium and city hall. The lowest upfront cost option for Lancaster was a power purchase agreement, allowing private company SolarCity to build and own solar arrays on city property and sell the energy to the city. Because electricity rates from Southern California Edison (SCE) are so high and the solar resources in the desert outside of Los Angeles are so good, Lancaster paid less for solar energy from SolarCity owned arrays on its property than electricity from SCE.

Although solar will work anywhere, Caudle says—and is particularly economical in the Antelope Valley— Lancaster made it work because city leadership was willing to say this is important. With all their solar ventures, city officials found that it just wasn’t that hard. “It was a story more of financing than it was a story of engineering or construction,” says Caudle.

Lancaster identified unconventional strategies to get more bang-for-the-buck. In the case of the getting solar energy for city schools, the city formed a power authority, using tax-exempt municipal financing to bulk purchase the solar arrays, and then selling the energy to the schools at a cheaper price than grid electricity.

Although the Power Authority was set up to provide the same service to other cities, none have yet taken up Lancaster up on the offer. “We found a lot of other cities were risk averse to going solar,” says Caudle. A lot of city councils want to avoid that to avoid the possibility of making a mistake, he adds, but Lancaster’s solar deals have saved them money while protecting the planet.

Caudle says it’s as simple as signing a power purchase document. Other cities will get so caught up in putting out a request-for-proposals (RFPs), doing analyses, looking at warranties, that they end up getting distracted by bureaucratic processes. They should really only be looking at whether Company X (e.g. SolarCity) gives them a better price than Company Y (Southern California Edison). (Fortunately, Caudle says, Lancaster and other Californian cities are exempted from having to put out RFPs in this instance.)

John wanted to know whether there are any substantial barriers to continuing the expansion of solar energy production in Lancaster.

The challenge with getting to a net-zero goal, Caudle says, is that there are only so many people who want solar on their roofs, and only a certain amount of solar possible at city facilities. The next step for Lancaster to achieve net-zero status is community choice aggregation, where the city will procure energy on behalf of its residents and small businesses.

In other words, the city continues to roll over barriers that have stymied other cities.

Lancaster’s aggregation, called Lancaster Choice Energy, is going to start with a standard 35% renewable mix of electricity generation that will go to all electricity customers in Lancaster. There will also be a 100% clean energy option for an extra $10 a month. They hope to add more renewable content in the standard product in coming years, through negotiating for more utility-scale solar within city limits, as well as expanding on current city rooftops.

Not only is Lancaster’s electricity going to contain more renewable energy, it will also cost less. Lancaster Choice rates will be 3% cheaper than Southern California Edison’s, and 19,000 households will save up to 15%, because of differences in the rate structures.

That 15% savings could be for all Lancaster customers. Currently, there’s a fee of about a penny per kilowatt-hour applied to every customer that leaves service with SCE. If that were reduced or eliminated, Caudle suggests that the local energy choice option would be exercised much more frequently in California.

To learn more about Lancaster’s shift to solar, read our Public Rooftop Revolution report, highlighting the remarkable opportunity for solar on municipal rooftops.

This is the 23rd edition of Local Energy Rules, an ILSR podcast with Director of Democratic Energy John Farrell that shares powerful stories of successful local renewable energy and exposes the policy and practical barriers to its expansion. Other than his immediate family, the audience is primarily researchers, grassroots organizers, and grasstops policy wonks who want vivid examples of how local renewable energy can power local economies. 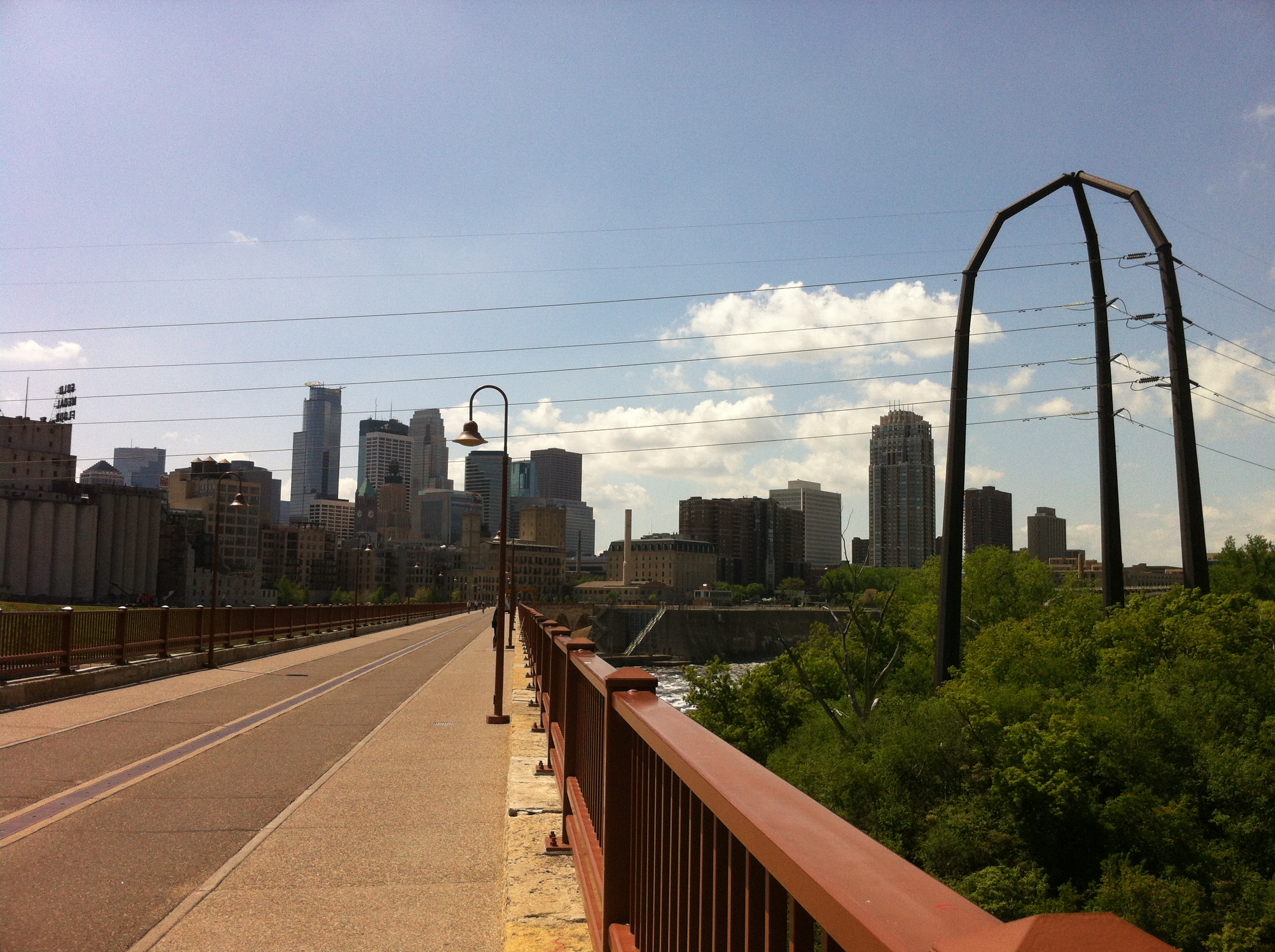 Energy Count On It: Adding Numbers will Add Heft to First… 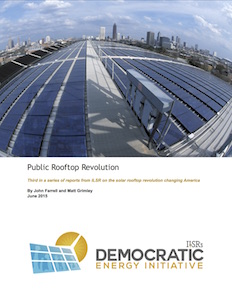