People in Arkansas who depend on Medicaid for healthcare typically don’t have the option to sign-up for affordable health insurance through their jobs. Sometimes they aren’t able to find full-time positions that offer healthcare or they don’t earn enough to afford the premiums in addition to covering life expenses for their families. With so many people offline, either because they can’t afford to pay for connectivity or because they live in areas where there is no connectivity, Arkansas seems like a poor choice for mandatory online reporting of anything, especially activity that dictates eligibility for Medicare.

State leaders didn’t see it that way, however, when they implemented the policy in June. Medicaid recipients who are able to work must now go online to report at least 80 hours per month of activity; if they fail to do so, they lose access to the state’s expanded Medicaid program. The activity can include volunteer work, job training, or several other categories of activities. While the issue of attaching work requirements to Medicaid eligibility has already been deemed arbitrary and capricious by a U.S. District Court in Kentucky, the lack of Internet access appears to be contributing to Arkansas’s dubious efforts to trim its enrollment.

In a state where at least 30 percent of the population has access to only one Internet service provider (ISP) and approximately 20 percent depend on their smart phones for Internet access, the only way to report the new work-related requirement is online. Under the guide of cost savings, the state has not established any other method for reporting for those who don’t have access to the Internet.

In addition to an environment that lags in competition, 17 percent of Arkansans live below the poverty line, doubtless contributing to their low adoption rate and difficulty reporting for those enrolled in Medicaid. “Work requirements would be harmful to our clients in any situation, but the online-only reporting requirements make it incredibly difficult,” said Kevin De Liban, an attorney with Legal Aid of Arkansas.

De Liban went on in an interview with CityLab to describe how those who use smartphones have hit-or-miss coverage in some of the rural areas. “If you have Verizon, and the sun is in the sky at a certain point, you might be able to get a bar or two of coverage.”

Phased In, Phased Off

The online reporting requirements began in June, but it’s unclear whether or not all those that must report understand or are aware of the fact that they now must fulfill this additional requirement. The state adopted the requirement for 300,000 Medicaid expansion enrollees. The program, dubbed Arkansas Works, revealed that the vast majority of those enrolled were already engaged in activity that meets the requirement or were exempt for other reasons, such as age or caring for dependents.

In May, the state sent notifications to 27,000+ people that they would have to report 80 hours of monthly activity in keeping with the new requirement. By the end of the first month, approximately 6,500 of those people had failed to report. When the second month of required reporting was over, there were still around 5,400 of those same people who didn’t report. After the third and last month of non-reporting, 4,353 people were deemed ineligible for Medicaid. They will remain ineligible for the rest of the year.

There’s no way to know if those who now have no healthcare ever received notification that they must report — low-income people are more apt to move from place to place than people with middle and higher incomes — or if they had no way to access the online portal, which is the only way they can report. There is likely a combination of factors, but as long as accessibility and adoption is in such as sorry state in Arkansas, it’s unreasonable to weaponize it to trim healthcare enrollment.

Legal Aid of Arkansas has filed a suit against the U.S. Department of Health and Human Services that attacks the federal government’s approval of the state health care requirement. De Liban told City Lab:

While access poses one major hurdle for reporting, Internet literacy poses another even for those who have access at home. This factor splits across rural and urban lines even within the state. “Generally in rural areas people go online less and have less familiarity,” said De Liban. “Then when you add in socioeconomics, the digital divide becomes even more pronounced.”

In many places, national ISPs have decided it isn’t profitable to invest in the Internet infrastructure people need for this type of reporting; those areas are almost always places where lower-income households are more prevalent. “Digital redlining” places power in the hands of large, national providers who decide where the infrastructure does or does not exist, giving big ISPs control over the ability to go online to take care of business, such as the Arkansas Works reporting requirement.

“It’s not the government, but providers that have chosen to make additional investments in areas where it’s most lucrative, and to not improve infrastructure or provide better plans in low-income neighborhoods,” [Deb Socia of Next Century Cities] said. That means urban, densely populated areas often have better broadband access than rural, predominantly low-income ones. And where access exists, users still have to pay for it. Those costs can be prohibitive, especially for those on government assistance.

“Technology so empowers us to be able to communicate with one another,  but it’s not an equitable method of communication. … The outcome is only as good as the input, and in this case the input has serious flaws.” 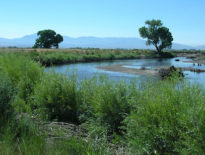 MuniNetworks On Tribal Lands, Internet Access is Even Worse tha… 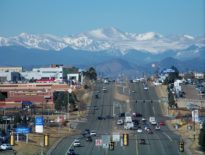