by Stacy Mitchell and Walter Wuthmann

As San Francisco labor groups campaigned late last year for a landmark law that protects workers at retail and restaurant chains from the tyrannies of computerized scheduling systems, they were backed by a rather unusual ally.  The San Francisco Locally Owned Merchants Alliance (SFLOMA), which represents hundreds of independent retailers, came out in support of the bill, testifying at hearings and contacting members of the city’s Board of Supervisors.

“A couple of [the supervisors] were really surprised to have heard from me and surprised at our stance on this,” said Rick Karp, a board member of SFLOMA and second-generation owner of Cole Hardware, a local, independent chain of five hardware stores.

The political interests of labor and small business are often seen as pitted against each other — a perception corporate lobbyists work hard to perpetuate. But the two groups actually share broad common cause these days.  Both stand to gain from building a more humane economy in which ruthless efficiency does not trump all else.  “If you are an independent business and you feel like your business is part of the community and you want your employees to last, you are doing all of this stuff for your employees already,” Karp explained.  “It’s reprehensible for Target and Walmart to have these scheduling systems that rip apart peoples’ lives.”

If you worked at a retail or restaurant chain ten years ago, or if you work at almost any small, locally owned business today, a real person put together the work schedule and posted it in advance.  Because repeating the previous schedule was the simplest approach, your shifts tended not to move much week-to-week, and last-minute scheduling changes were as much a hassle to management as to workers.

Then, in 2007, Walmart pioneered a new way to cut costs by subjecting the daily lives of its workers to the same kinds of computer algorithms it was using to precisely predict the inventory needs of each of its stores.  Now ubiquitous among large retail and service sector companies, “just-in-time” scheduling software alters workers’ hours, often on the day of a scheduled shift, based on real-time weather, sales, and store traffic data.  While these scheduling systems save companies money, they do so only at great cost to workers and their communities.  According to a University of Chicago study  unpredictable scheduling, which impacts about one-quarter of the U.S. workforce, destroys workers’ ability to “arrange caregiving, pursue education, secure a second job, and earn an adequate income.”  Rather than truly eliminating costs, these scheduling systems simply externalize them.

San Francisco’s Retail Workers Bill of Rights was designed to change that.  Enacted by a unanimous vote of the Board of Supervisors in December, the bill will help an estimated 40,000 workers by requiring chains (defined as businesses with 20 or more outlets and 20 or more employees in the city) to post schedules with at least two weeks notice.  If a store changes an employee’s hours within one week of a scheduled shift, the employer must compensate the employee by paying them for one to four hours’ worth of work, depending on the shift and how late the change was made.  The law also protects part-time workers by requiring employers to offer them additional hours before hiring more part-timers.

Unanimous votes are rare at the Board of Supervisors.  This one may be owed to the coalition that Jobs With Justice San Francisco (JwJSF), which spearheaded the bill, put together to pass it.  Two years ago, JwJSF began developing a legislative agenda to address the problems facing workers in the city’s large, non-unionized, low-wage retail sector.  While most of the more than 30 allies it recruited to the cause were other labor-oriented groups, JwJSF’s executive director, Gordon Mar, also decided to open a conversation with the city’s small business leaders and reached out to SFLOMA.  (The Institute for Local Self-Reliance  where we work, introduced the two organizations and sat in on their first few meetings.)  Mar outlined the three pieces of their agenda: strengthening a San Francisco law that restricts chain retailers from opening in most neighborhoods; increasing the city’s minimum wage; and enacting the Retail Workers Bill of Rights.

“Of the three pieces of legislation, he was most nervous about presenting [the Retail Workers Bill of Rights] to us.  In fact it was the most easy for us to affirm,” recalled Rick Karp of SFLOMA.  “I never send people home when business is slow,” he added.  “If someone has been scheduled, we don’t take their hours.  It’s just not in our DNA.” After their initial meetings with Mar, Karp and Hut Landon, SFLOMA’s executive director, went to their membership for input.  No one objected to endorsing the bill.  But the local business owners did flag a few problems.  They pointed to those times when an employee calls in sick and the employer offers the shift to another worker.  “We didn’t think in those situations that you should have to pay compensation,” said Landon.  JwJSF carved out an exception.

Surprisingly, SFLOMA also suggested that the legislation should apply to all retail stores and restaurants, not just the chains.  New rules for large employers tend to have a “trickle down effect” anyway, explained Landon, becoming the norm for small businesses, especially those competing for the best employees.  But JwJSF decided to keep the bill limited to the chains.  “Our perspective was that we want all businesses to provide fair scheduling policies, but we felt that it was reasonable to focus the new mandate on large corporate retail and restaurant businesses,” said Mar.  “For small independent businesses, we would like to see them comply with these policies too, but we wanted to allow them more flexibility.”

As the Retail Workers Bill of Rights picked up momentum last fall, the San Francisco Chamber of Commerce, which represents many large chains, including Target and Walgreens, mounted a campaign to block it.  The chamber tried to make its case by arguing that the bill would harm franchise businesses. In a memo to the Board of Supervisors, the Chamber’s Jim Lazarus wrote, “Many [chain] retailers are in fact very small independent franchisees that have limited human resources capabilities and few employees to cover shift changes.” But with actual small business leaders speaking in favor of the measure, the chamber’s position never gained much traction.

As the scheduling bill advanced, JwJSF and SFLOMA found themselves wrestling with a more contentious issue, a proposal to raise the city’s minimum wage. “Even if it is the right thing to do, being a small business in San Francisco is complicated and expensive,” said Landon.  But the trust the two organizations had established — through their collaboration on both the Retail Workers Bill of Rights and on a major update to the city’s formula business policy, which gives neighborhoods the ability to restrict chains from coming in — helped them navigate the issue.  Through their conversations, JwJSF came to better understand the challenges facing independent businesses, a perspective Mar says he brought into their discussions with other labor allies.  Many were surprised to learn how thin local retailers’ margins are.  Nor had they reckoned with the fact that these businesses cannot simply pass new labor costs on to customers.  “That doesn’t work in this day-and-age.  People will just go and search online,” Landon explained.

JwJSF and its allies moved forward with the $15 an hour ballot initiative, but extended the phase-in period to give small businesses more time to adjust. Meanwhile, Mar has been encouraging SFLOMA to develop policy proposals that would help the city’s independent businesses.  “We want to support those,” he said.

San Francisco’s budding labor-small business alliance is one sign of the return of a more populist political economy.  It is long overdue.  As giant banks, global retailers, and other corporate behemoths have come to dominate every aspect of our economy, the ranks of locally owned businesses have been shrinking about as fast as union membership.  Workers and small businesses share more than a common enemy, though.  They both have a stake in building a new kind of economy, one that operates at a human scale and in service to complexities of human values, rather than the dictates of Wall Street.

Back in San Francisco, both JwJSF and SFLOMA are committed to continuing to build the relationship.  “It has been a very significant and important aspect of our campaign,” said Mar.  Landon also sees it as turning point.  “They want our [political] support, of course. But they also really want to understand what some of the issues are,” he said.  “That is a tremendous first step.”

Stacy Mitchell is co-director of the Institute for Local Self-Reliance (ILSR) and author of Big-Box Swindle.  Walter Wuthmann is a researcher with ILSR’s Community-Scaled Economy Initiative. 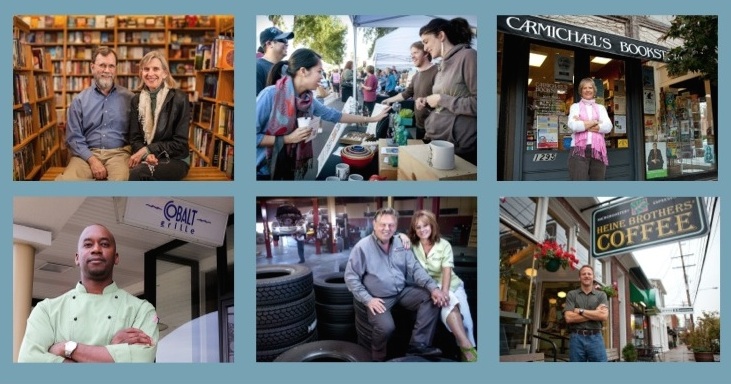 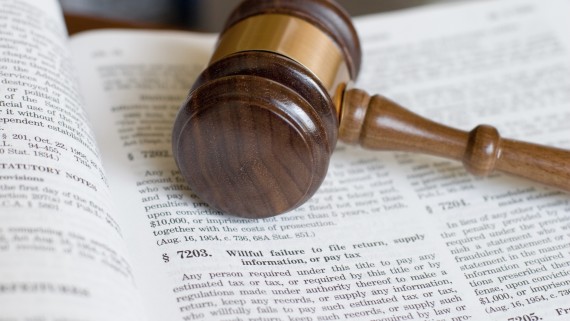