Last November the LA County Board of Supervisors quietly and unanimously approved a project that could dramatically reshape affordable Internet access in the largest county in the United States. While success will require coordination at an unprecedented scale to avoid the mistakes of the past, this new effort has momentum and funding options on its side.

The motion tasked the LA County Internal Services Department, directed by Director Selwyn Hollins, with coordinating the effort. Hollins in turn is working with the City of Los Angeles’ Bureau of Street lighting  (which had already received a CBDG grant to help fund local Wi-Fi networks) and other regional city agencies already engaged in digital divide efforts.

Sources familiar with project planning say it’s too early to specify pricing and speeds, but one goal is to be able to provide symmetrical 100 Mbps service for $30/month. As with other communities (like Fort Pierce, Florida), the county then hopes to layer on the $30 discount from the FCC’s Affordable Connectivity Program to ensure costs are negligible for low income residents.

The Covid crisis, as it did across countless U.S. communities, not only placed a bright spotlight on the overall lack of affordable broadband access across the Los Angeles area, organizers say it has galvanized unprecedented momentum to finally do something about it.

“I’ve been doing this work off and on around the country for seventeen years now, and this is the first time I’ve really seen some actual political and community will show up in those rooms,” Shayna Englin, Director of California Community Foundation Digital Equity Initiative, told ILSR. “It really does make a difference.”

This isn’t Los Angeles’ first flirtation with municipal broadband. The city contemplated a citywide wireless broadband network back in 2007, but by 2009 had declared that the project would be too cost prohibitive to succeed.

The city also issued an RFP back in 2013 looking for companies willing to not only wire the entire city with fiber optic and wireless broadband, but foot the entirety of the estimated $3 to $5 billion bill. Unsurprisingly, private sector interest in taking on such a massive financial burden without more meaningful incentives was muted at best.

“My first reaction is ‘I look forward to their RFP for a unicorn supplier, because I think it’s about as likely under these terms,” Harold Feld, senior VP for consumer group Public Knowledge correctly predicted at the time.

Officials and activists alike seem to realize the 2013 effort was a failure. With no shortage of new funding opportunities coming from Covid relief packages, the recently passed infrastructure bill, and state grants, those involved with this new project clearly aspire this new effort to be both better considered and more realistically funded.

The sheer scale of the ambition is unprecedented. LA County is the largest in the country, comprising not just 88 different municipalities, but a million other residents in unincorporated areas. The city of Los Angeles itself has 3.5 million residents, dwarfing the scope of all other popular municipal broadband projects.

While timelines are still being hashed out, the first phase of the project will involve bringing wireless service to 12,500 homes within two years. The timeline for the fiber deployment end of the project will be dictated by the recently-launched feasibility study, and the build out requirements affixed to both state and federal grants.

The hope is to leverage this organic infrastructure to boost competition, improve service, and drive down prices across the state—without having to resort to tactics like price regulation (which consistently struggle to survive telecom industry lawsuits).

“It’s exciting to see how much momentum there is to try new approaches in LA, with leaders in the County, municipalities, community-based organizations, philanthropy, and civic institutions all recognizing that the status quo is fundamentally broken,” Danny Fuchs, Partner at HR&A Advisors and Co-Founder of the Broadband Equity Partnership, told ILSR.

While Covid created no limit of hardships, it also drove an unprecedented amount of public awareness toward issues like broadband affordability, the federal government’s substandard broadband mapping, and the perils of regional redlining.

In California, a single photo of two kids forced to huddle in the parking lot outside of Taco Bell just to attend class spoke louder than years of advocacy. A resulting groundswell of public anger pressured the LA County Board of Supervisors to consider options that went beyond just throwing more poorly tracked subsidies at the region’s entrenched monopolies.

“The real question now is whether these diverse leaders can channel their collective power towards bold systems change to reshape broadband infrastructure and the city’s digital equity ecosystem for generations to come—or whether their efforts are limited to a variety of individual initiatives that result in incrementalism, at best,” Fuchs said.

Englin noted that the momentum has been invaluable in public education and building awareness about the perils of monopolization and the lack of quality broadband mapping, while familiarizing communities with concepts like open access middle mile networks.

She also agreed that the challenge now lies in herding a vast coalition of sometimes discordant groups toward a singular goal—all while fending off entrenched lobbying influence by major regional telecom monopolies.

“There’s a ton of work that’s going to have to be done,” she said. “Now we also need to do essentially the same organizing in 88 cities and all of the councils of government. There’s a lot of layers where this stuff has to happen, and at every layer industry has their lobbyists.”

But while regional monopolies like AT&T and Charter Communications may have deep pockets, Englin suggests that Covid—and the public outrage at the lack of unaffordable Internet access options for telecommuting and home education during Covid—has changed the game.

A vast array of existing social improvement programs across the county have all run face first into the lack of affordable broadband options. Food assistance programs, rental assistance programs, educational and medical resources all rely on the target audience having affordable access, which remains just out of reach for many.

This has seemingly put to bed the longstanding narrative that broadband is a luxury good justifiably exploitable by regional monopolies with little vested interest in the communities they serve. That in turn has opened the door toward a broader awareness that affordable Internet access is utterly foundational and essential to the basic functioning of a healthy society.

“There’s a lot of work to be done to ensure the momentum results in resourcing and infrastructure going where it ought to,” Englin said. “But based on the momentum so far and the kind of continuing interest in it from community groups and the salience this issue has had to bring cross-sectorial service groups together—I’m optimistic that we can do it.” 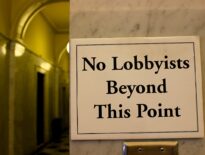 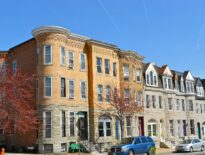