A cooperative utility in Hawaii has reduced its electricity prices, multiplied its renewable energy capacity, and increased its grid resiliency — all without relying on neighboring utilities, because there are none.

For this episode of the Local Energy Rules Podcast, host John Farrell speaks with David Bissell, CEO of Kauai Island Utility Cooperative. CEO of the co-op since 2011, Bissell has seen renewable electricity generation grow from 10 to more than 50 percent of the co-op’s electricity use. With more projects in the works, Bissell believes the cooperative utility will soon use 80 percent renewable electricity. The two talk about this achievement, the challenges of operating a utility on an island, and how Kauai stands as a model for others.

Ever since the investor-owned utility left in 2002, Kauai Island Utility Cooperative (KIUC) member-owners have turned the tide of electricity generation on the Hawaiian island. Since the island must generate all of its electricity internally, KIUC must take on a deeper role than some co-ops on the mainland that simply purchase their electricity from someone else.

KIUC had concerns about fossil fuel-generated electricity since David came aboard, a hangover from oil price spikes in 2008 that sent prices skyrocketing from the island’s oil-fired electricity generators. Since all its fossil fuels have to be imported based on world market prices, the price of power from conventional generation is expensive and unpredictable. For economic reasons, KIUC looked to solar.

In 2014, approximately 13 percent of the island’s electricity was supplied by renewable energy projects. Many residents had taken advantage of state and federal tax credits for solar, along with Hawaii’s net metering pilot.

Listen to the 2014 interview with Jan TenBruggencate, board member of the Kauai Island Utility Cooperative.

Kauai Sends a Postcard From the Future

Five years later, KIUC meets 55 percent of its energy needs with renewables. Bissell credits this dramatic increase, in part, to two of the utility’s large-scale solar and storage projects.

While the renewable energy capacity on Kauai is impressive, the co-op’s top priority is providing reliable and affordable energy. KIUC has been able to lower its relatively high price of electricity while multiplying its renewable capacity.

In 2002, electricity prices on Kauai were 80% higher than neighboring island Oahu. Now, Kauai customers see prices within 10% of Oahu prices. Residential prices fell by 15% from 2014 to 2018 (but are still over 35 cents per kilowatt-hour, about three times the average mainland rate). Bissell attributes these improvements to both increased renewables and the co-op structure.

I think without a doubt our circumstances have allowed us to go aggressive on renewables.

Kauai prices might not drop much lower, but Bissell believes that as mainland prices continue to rise, the stability of Kauai’s prices will weaken the disparity between Kauai and Mainland U.S. electric prices as well.

There are many challenges to running an isolated generation system on an island, the first being that the island has to be self-sufficient. In the case of any equipment failure, poor conditions for renewables, or a lack of fuel, island residents will be left without power.

Kauai Island experienced a widespread power outage in July of 2019. Farrell asks Bissell, was this because of Kauai’s high saturation of renewables?

Bissell replies that the outage, at its origin, was due to failed equipment at the largest fossil fuel generator — not because of renewables. The island was back online in a few hours. However, the island’s renewables did contribute to an unlucky resource problem in the recovery from the blackout. The weather following the blackout was heavily overcast, so the utility- and distributed-scale solar did not generate enough power to charge KIUC’s batteries. Because of this “perfect storm of bad luck,” says Bissell, the utility had to roll blackouts.

Every piece of generating equipment, whether it’s conventional, whether it’s renewable, fails at times, and it’s just got to be part of the planning. There is no perfect system.

Overall, Bissell argues for a diversity of generation. Kauai cannot use wind because of ecological concerns, but it must support other resources to create a balanced system that can altogether meet the needs of customers.

Lessons for Other Islands to Learn

Bissell and Farrell discuss how Kauai’s insights could be adopted by other utilities generating electricity in isolation, like Puerto Rico. Bissell suggests that the cooperative model could be successful in Puerto Rico, but would not be a silver bullet for the island’s grid issues. Since Puerto Rico is more densely populated, it is perhaps more comparable to Oahu than Kauai.

Kauai’s Hopes for the Future

Kauai is a proven vanguard in distributed solar and utility-scale solar-plus-storage. Where will the “postcard from the future” be, in its own future?

Bissell stresses long-term utility planning to replace coal with renewables. Kauai has been lucky to have no long-term investments in a big fossil-fuel generating station, which is why the island has been able to commit wholeheartedly to renewables. Co-ops with long-term commitments or investments will not be able to transition as quickly. However, there is still lots of planning to do for an isolated utility like KIUC.

A core part of any utility’s planning now is to look at renewables as opposed to conventional.

A third large-scale solar and storage project is underway on the island’s Navy base. Bissell says the project will be able to power the base for a number of days. Once this project and an integrated pump storage project are completed, Bissell hopes KIUC will be close to 80% renewable.

Bissell concludes the interview by stressing the importance of resiliency. Kauai wants to do its part in reducing greenhouse emissions and leading the way to a more resilient planet.

Hopefully a couple of years down the road, we can talk about being at 80% plus renewable.

Here are some ILSR resources that provide more context on this story:

This is the 92nd episode of Local Energy Rules, an ILSR podcast with Energy Democracy Director John Farrell, which shares powerful stories of successful local renewable energy and exposes the policy and practical barriers to its expansion. 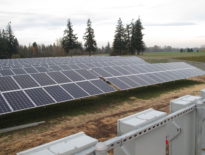 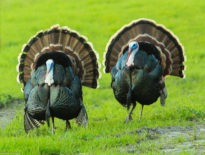