Two bills in the Oregon legislature died as a result of the walkout by all of the Republican Senators earlier this month. HB 2020 was the Clean Energy Jobs (cap and invest) Bill that citizens supported. Citizen groups did not support SB 451which would have given Covanta, operator of the garbage incinerator in Salem, Marion County, OR, subsidies through the renewable energy certificates program.

Citizen groups will be meeting presently to plan a strategy for dealing with the incinerator and waste management at the County and City levels.

Marion County Commissioners are facing the end of the current waste incinerator contract with Covanta in September. They will need to sign a new contract within the next few weeks if they are to continue using the incinerator for the County’s waste.

Covanta reportedly has told the Commissioners that the County will have to pay higher tip fees at the incinerator to make up for the ‘lost’ subsidies embodied in SB 451 renewable energy certificates that did not pass. Covanta may also be facing lower payments for electricity from Portland General Electric.

A fact sheet developed by citizens opposed to the continued use of the Salem Covanta incinerator states:

Even analyses by Marion County’s own consultants that compare incineration to landfilling show that the incinerator currently charges $87.45 per ton (with a guaranteed increase in that rate if the incinerator contract is renewed past 2019), whereas the rate per ton for landfills (including transportation and processing costs) range from $55 to $69 depending on how far away from Marion County the landfill used is located.  On top of that difference, by reducing the size of the waste stream using alternative waste management options, the overall cost of waste management is decreased far, far more than just the incinerator versus landfill difference indicates. See the table and graph at the end of this document, which are the actual slides showing the above incinerator versus landfill figures.

The Covanta waste incinerator encourages the production of waste because Covanta’s current contract with Marion County requires that the County keep enough waste flowing to the incinerator to keep it operating at full capacity.  If the County fails to do so, it must pay a penalty fee to Covanta.  This is a disincentive for waste reduction, reuse, recycling, and composting, all of which are far less damaging to the environment and human health than incineration of waste.

Thanks to Huub Scheele, Zero Waste Europe, for this update on Amsterdam’s waste incinerator. Apparently a recent six million Euro ingestion of funds has not solved the problems.

“Often touted as a model waste to energy plant, the Amsterdam waste incinerator suddenly seems close to bankruptcy The unpleasant truth that was hidden in the past behind PR talk is slowly getting into the public domain.”

The waste treatment plant in Amsterdam is struggling with major financial problems: due to maintenance delays, the company has been under close observation for some time. Two weeks ago, the waste processor stopped four of the six incineration lines. The garbage is starting to accumulate and the increase in sewage sludge cannot be processed for two weeks.

“In two weeks we will no longer be able to store the mud and so we hope the ministry will make deposits available because it is not an option for us to dump them in surface waters,” according to the company operating the facility. The ministry says it is necessary first of all to look for alternative storage sites in the region.

Scheele adds that problems identified by the Dutch media have ranged from fires, too high NOx emission, mercury in stored waste. “Apart from the lack of capacity for waste processing (especially waste from enterprises), the issue of import of waste from UK, the reduced capacity for incineration of sewage sludge, the contracts for district heating, and related issues like a badly working new recycling plant are major issues.”

Tip Fees for Garbage Incineration at Covanta Plants to Increase

Waste Dive reported on July 29 that the price of tipping waste at Covanta facilities will increase due to reduced revenue from metals and energy sales.

Thanks to RiseUp for coordinating this appeal to stop investments in garbage incineration. There is still time for your organization to sign on to this world-wide effort. Contact Mariel Vilella at Riseup.net.

To the Climate Bonds Initiative,

We the undersigned urge you to exclude waste-to-energy incineration as a climate mitigation strategy, as it’s not in line with the necessary transition to a net-zero emissions and circular economy. We are organizations with many decades of expertise in waste management and fully support the rigor of the waste hierarchy. We are surprised that CBI would consider conferring its approval upon a technology that sits at the bottom of the waste hierarchy precisely because it has the greatest negative impact on the climate.

A number of reports and policy strategies warn about the increasing impact of waste incineration on climate e.g. the European Strategy for Plastics in a Circular Economy estimated that plastics production and the incineration of plastic waste give rise globally to approximately 400 million tonnes of CO2 a year. Also, the carbon intensity of energy produced through waste incineration is twice the EU28 average electricity grid intensity (which is 298 g CO2eq per kWh) according to the latest analysis of European power sector by Agora Energiewende and Sandbag. Moreover, the electricity generated by waste incineration has significantly higher greenhouse emissions than electricity generated through the conventional use of fossils such as gas (340 g CO2eq kWh).

We are also concerned about the lock-in effect of waste incineration. A number of reports have highlighted the high proportion of recyclables in residual waste that could be either recycled or composted e.g. EU Taxonomy technical report and EC report on the Integration of environmental concerns in Cohesion Policy Funds (ERDF, ESF, CF). Incineration competes directly with recycling and composting, which have greater GHG savings as well as other environmental benefits.

Finally, we are concerned that the criteria does not include waste prevention/reduction activities which have the highest GHG savings potential. Waste prevention/reduction are at the top of the waste hierarchy (reducing generation of waste, reuse systems, and organics infrastructure – compost and anaerobic digestion) and they provide the most significant climate benefits in the waste management sector. From a systems perspective, the waste hierarchy is both an effective guide and policy tool for local waste decisions and also serves as a climate decision making tool. Moreover, a systems perspective of waste management allows an integrated approach not only to some of the key stages of waste management itself but to the problems arising at the interfaces with the management of energy, nature conservation, air pollution, public health, environmental protection, and economic factors like unemployment and productivity, etc. This is therefore a much more appropriate approach to base a criteria to creating the biggest climate benefits from the waste management sector and ensuring that these criteria send the right signals to various players.

In sum, we believe that the proposed waste sector criteria should exclude all types of waste incineration (D10 or R1) and focus on truly low-carbon waste management strategies such as waste prevention, reuse and recycling and further recovery of materials from the residual waste, with special emphasis to the treatment of organic waste.

Ultimately, the Climate Bonds Initiative needs to remain committed and aligned with the Paris Agreement seeking to limit global average temperature increase to 1.5°C., and thus it’s necessary that the issues exposed above are immediately addressed in order to maintain the CBI’s high standard aspirations and do not become a backward precedent.

Thanks in advance for your consideration, 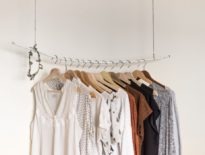 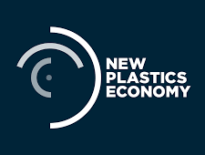