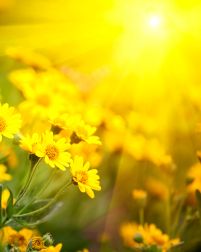 You hear about gigantic solar and wind farms that require vast amounts of land. But what about the decentralized emergence of renewable energy on roof tops and light poles? John Farrell is an energy expert with the Institute for Local Self-Reliance, with a specialization in localized renewable-energy generation. He took a few minutes to answer questions about grassroots “bottom-up” energy, feed-in tariffs, and solar “community gardens.” Read John’s blog.

What are the challenges facing bottom-up, “small-d” democratic – as you describe it — solar power?

Two big challenges: One is that renewable-energy incentives rely largely on the tax code, which means it’s often complicated to figure out, especially for non-profits and schools. Two, traditionally we’re used to big power plants and long-distance transmission lines. The utilities always plan grids in that fashion and they haven’t incorporated smaller distributive projects. That’s not a technical barrier — it’s really just a matter of changing what people are used to doing.

What about political challenges?

Actually, big, centralized power plants, like these solar plants in the desert, are the ones that have the most political trouble because some are in environmentally sensitive areas. And they require asking people to accept new transmission lines to bring this power into cities, which requires taking land from people.

For bottom-up renewables, advocates point to feed-in tariffs as a market-based solution.

First, the term “feed-in tariff” is the result of letting policy wonks name your policy rather than public relations folks. It’s a terrible way to inform people of what it actually means. I’d name it “plug and play” or “anyone can generate” -– that it helps people to generate their own energy.

But what makes feed-in tariffs worth while is that you’re paid for it. Actually, some municipal utilities with a broader view of actual costs are offering feed-in tariffs. In Gainesville, Florida for example, they’ve replaced a solar rebate program with a feed-in tariff because they felt it was better for their balance sheet to give money out over a long period of time rather than all at once with a rebate. And there are quite a few other utilities, like in Ft. Collins, Palo Alto, and others that are considering doing this. The Gainesville model is pretty darn good. They have 20-year contracts and the price they offer I think is around 30 cents per kilowatt-hour.

There’s a new way for people to go solar with these solar “community gardens,” where people can “subscribe” to someone else’s panel.  What’s the idea behind this?

People who either rent, who don’t have a sunny roof, or the money to purchase panels can go solar. Community gardens provide a legal structure to get a bunch of people together to invest in panels.

Let’s say you and I want to share a panel on my roof. Instead of making me do all the accounting, the utility figures it out. It requires utilities to offer “virtual net metering”, which makes utilities split the bill so that everyone participating gets a piece of that savings on their bill. It really expands the number of people who can say they went solar.

Right now, Colorado is the pioneer of solar gardens and its laws are comprehensive for something like this. They require each garden to have 10 participants, so they’re making sure that there is significant participation in solar generation. Other communities out there are watching this to see what happens. The law passed last year, and the utility commission is working on the final rules and will implement projects probably by the end of this year. It’s going to get a lot of attention.

As an example, let’s say I fork over $100 to invest in a solar garden located somewhere else. What would I get back over “x” amount of time?

Maybe you’ll make $10 a year by participating, in 10 years you’ll make your money back, and after that you’ll be making $10 a year for as long as that solar project is producing electricity. Now you can participate in going solar without it being on your roof. Every community can have its own community solar panels, kind of like how there are community gardens of fruits and vegetables. 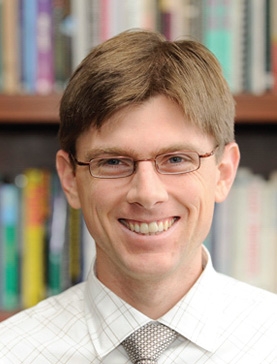