Minneapolis, MN (August 9, 2021) — Leadership and staff at the Institute for Local Self-Reliance announced today that they have signed an agreement recognizing the formation of a staff union. The ILSR Staff Union joined the Office and Professional Employees (OPEIU) Local 12, and today’s voluntary agreement from ILSR’s co-directors formally recognizes the union and opens the door to the collective-bargaining process.

“The decision to form a union was grounded in our personal values and in the mission of ILSR itself — particularly the belief that democracy can only thrive when economic and political power is widely dispersed,” the staff union said. “We are grateful to ILSR leadership for their ongoing commitment to this mission and for their decision to voluntarily recognize us. We are excited to move forward and build a stronger, more sustainable organization together.”

The ILSR Staff Union is currently made up of 14 ILSR staff members, who noted that their goals include promoting transparency, ensuring equity, and increasing staff well-being.

“From its founding, ILSR has believed in grassroots organizing, collective action, and fighting corporate concentration to disperse power, wealth, and decision-making more broadly and equitably — values that we share with the labor movement,” said ILSR Co-Directors Stacy Mitchell and John Farrell. “Our work to build up thriving, equitable communities and fight corporate control has met with growing success because of our talented team and shared commitment to ILSR’s mission. We look forward to working together to build an even more effective organization and further advance our mission.” 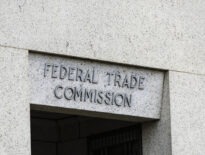 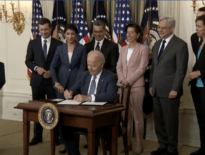