This past Friday Congress finally passed the bipartisan Infrastructure Investment and Jobs Act. The legislation includes $65 billion to boost high-speed Internet connectivity – “the largest (federal) investment in broadband deployment ever,” as noted by Benton Institute for Broadband & Society. This is an historic piece of legislation that includes many of the things we wanted to see in it and we believe it will significantly help solve broadband challenges for many who have not yet been well connected.

There are two major buckets of broadband money that will be made available to states and tribal governments: $42.5 billion for the deployment of infrastructure, which will be mostly aimed at rural communities, with the rest going toward digital inclusion efforts.

While we have not yet gone through the final version with a fine-toothed comb, the broadband portion of the infrastructure bill appears to be identical to what was in the bipartisan Senate version of the bill, which we previously wrote about here.

The $42.5 billion portion of the bill will be allocated to the States in the form of block grants under the Broadband Equity, Access, and Deployment (BEAD) Program, which will be administered by the U.S. Department of Commerce’s National Telecommunications and Information Administration (NTIA).

The money targets “unserved” locations and in this bill “unserved” means communities that don’t have access to 25/3 Megabits per second (Mbps) service. As we previously noted about the Senate version of the bill, “there aren’t many places outside of the most rural regions of the country that do not have access to 25/3 broadband service. And considering that large swaths of suburban and metropolitan areas would not qualify (even) as “underserved” (lacking access to service offering between 25/3 Mbps and 100/20 Mbps) because they are “served” by high-cost, underperforming monopoly providers, this bill can be seen as a way to ensure improved broadband availability is confined to mostly rural America, while all but ignoring the broadband infrastructure gaps in non-rural parts of the country, which is where most Americans live.”

Only after all “unserved” locations are confirmed to have access to at least 100/20 Mpbs service can the money be used for “underserved” regions or to connect community anchor institutions.

It’s not lost on us that Comcast is happy with the bill, after working with a few Democrats and the majority of Republicans to ensure it would not address the broken markets for broadband that a few cable giants dominate. After the bill’s passage, Sena Fitzmaurice, Senior Vice President of Government Communications at Comcast Corporation, said “Congress and the Biden Administration should be applauded,” before going on to say that “the provisions in the final act appropriately focus on getting broadband infrastructure first to areas where it does not currently exist, while at the same time continuing to promote faster speeds and disincentivizing duplicative projects.”

“Disincentivizing duplicative projects” is monopoly-speak for competition. In other words, if you are in an area that is considered “served” by a monopoly provider, there’s nothing in this bill that is designed to bring competitive alternatives to the high-cost, second-rate service offered by Big Telecom.

Nonetheless, it shouldn’t be overlooked that there have been several lawmakers and staffers in DC that have stood up to the cable and telco monopolies year after year in the effort to ensure communities can build and partner for the networks their residents and businesses desperately need.

It will take some time for this all to play out in terms of communities accessing the newly available funding. The bill says the NTIA will have six months to put together the plan for how the agency will invite states to apply for funding. And states will have to submit a five-year broadband action plan before they are eligible to spend the money and then they have to go through their processes to find recipients that will build the networks.

While each state will get at least $100 million, the remaining $37 billion will be divided up based on a formula that calculates how many unserved households are in each state. Hopefully, the FCC will do a good job updating the agency’s inaccurate broadband coverage maps in the near future because otherwise, as Doug Dawson points out, “the states with the worst [most inaccurate] FCC maps are going to lose funding.”

The good news for advocates of local Internet choice and community-driven broadband solutions is that the bill says states cannot exclude cooperatives, nonprofit organizations, public utilities, or local governments from being eligible, although none of those entities will be given a preference, which is where Doug Dawson offers another prescient insight:

Cross your fingers that your state is competent because there are several crucial steps that states must adhere to before funding is provided.

Even then, we are not sure what happens if a city in North Carolina (a state with preemption laws that effectively prevent the building of municipal broadband networks), for instance, applies for and receives money to build a network that the state has denied it a right to own.

There are some other important investments made in the bill. For example, the funds can also be used to bring low-cost broadband to multi-family housing units, which, according to some observers, is crucially important because in the most unconnected communities, 20 to 25 percent of those that lack access to broadband live in multi-dwelling units.

States can also use the money for better broadband mapping and planning, which can be good or bad depending on the state and whether a focus on mapping is simply used as a stall tactic as opposed to doing the real work of connecting the disconnected.

Though the legislation does not address the root problem of the affordability gap and completely side-steps the necessity of introducing competition into markets dominated by monopoly providers, it does attempt to address affordability concerns in various ways. The bill requires that recipients offer a low-cost option for any new networks that use the funds.

And, in the digital inclusion part of the bill, it makes permanent the Emergency Broadband Benefit (renaming it the Affordable Connectivity Program). That program was allocated $14.2 billion to help eligible low-income households pay for Internet subscriptions. That help would come in the form of a $30 per month voucher, which is $20 less per month than what EBB is offering now. It also relies on Congress’ willingness to continually fund the program and so depending on which way the political wind is blowing or if austerity is in the air, it’s subject to be cut.

Other elements on the digital inclusion side of the table that are worth celebrating:

While a preference for local, publicly-owned networks got put on the back-burner during the sausage-making process in Congress, the digital inclusion part of the bill is a major victory for those fighting for broader digital equity, notably the efforts of the National Digital Inclusion Alliance (NDIA).

As Angela Siefer, NDIA’s Executive Director said when the bill was passed:

This moment is unprecedented. Not only is the funding an incredible down payment on digital equity, it is an acknowledgment of two decades of grassroots efforts to bridge the digital divide. NDIA and our community will make the most of this moment.

Ultimately, however, as Adrianne B. Furniss, Executive Director of the Benton Institute for Broadband & Society, points out, “the infrastructure bill is about more than money” in so far as the language in the bill is animated by a spirit of digital equity.

“This historic law is focused squarely on connecting every American to a whole new generation of opportunity,” Furniss notes. “For the Benton Institute for Broadband & Society and our allies working to bring open, affordable, high-performance broadband to all people in the U.S., this renewed and updated Congressional commitment to universal service is astounding. This really is our broadband moment—and Congress has stood up, recognizing broadband’s essential role in modern life and providing the foundation to ensure everyone has affordable access.” 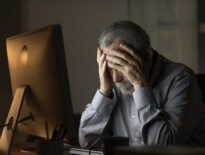 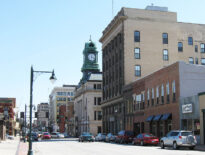