When Indianola decided to invest in a municipal fiber network, the decision was part of a larger economic development plan that included a startup incubator in partnership with Simpson College - which we wrote about earlier this year. Located near Des Moines in Iowa, Indianola is one of a few communities that has partnered with a local trusted provider, MCG in this case, that offers services over a publicly owned network.

According to Chris Draper, Director of Indianola + Simpson College Entrepreneurial Development Initiative (EMERGE), his program would not exist if the city did not decide to invest in economic development and municipal broadband as a package deal. Less than a year after launch, EMERGE has nine active startups, some of which are already seeing significant growth and seizing new opportunities. Collective Labor (collectivelabor.com) has created an online platform to facilitate collective bargaining negotiations.

Even more promising, the platform can handle all collective bargaining scenarios from teachers to municipal workers, and trade unions to public safety professionals. The demand for Collective Labor’s service is proving solid. Less than a year after launching (in February), Collective Labor has signed up five school districts and has thirteen contractor requests pending. In fact, Collective Labor President, David Gaus, just announced on Twitter that a Colorado firm has agreed to invest cash and expertise that will result in a new office and additional staff to support a nationwide expansion. Not bad for a startup that’s barely seven months old. With other ventures ranging from biofuels trading to book publishing, EMERGE has successfully engaged a wide cross section of the community, from English students to professional engineers. Another startup seeing early success is LNR, which has developed an innovative way of “painting” stripes and other road marks. Instead of using actual paint, which eventually wears off, LNR has developed a colorable quick-setting concrete and application device that produces road markings which last 20 times longer than paint. Having just launched in April, LNR has already secured a $100,000 loan from the Iowa Innovation Acceleration Fund for market development.

Chris Draper says the key to the program is the combination of resources it brings together for the benefit of local entrepreneurs. Before the program, a member of the community with an idea would have to seek advice on diverse topics from various individuals - a daunting task that hinders untold numbers of would-be entrepreneurs. Now, EMERGE offers all of the necessary expertise in one place. And with a community fiber network at its disposal, the expertise offered by EMERGE is in-tune with the most advanced communications technology available.

Collective Labor is a good example of EMERGE’s ability to quickly enable high-tech ventures. Collective Labor's founder, David Gaus, previously used Excel spreadsheets to manage the collective bargaining process as a school business official. When he brought the idea and spreadsheets to Draper’s team at EMERGE, they converted it into an online cloud-based platform in a matter of months. This is the type of expertise seen in high-profile big-city startup incubators, but it's now available in a small-town community of 15,000 people in Iowa. 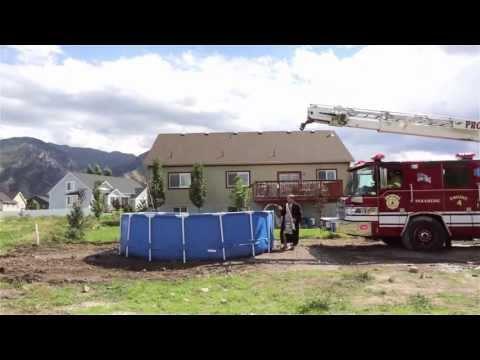