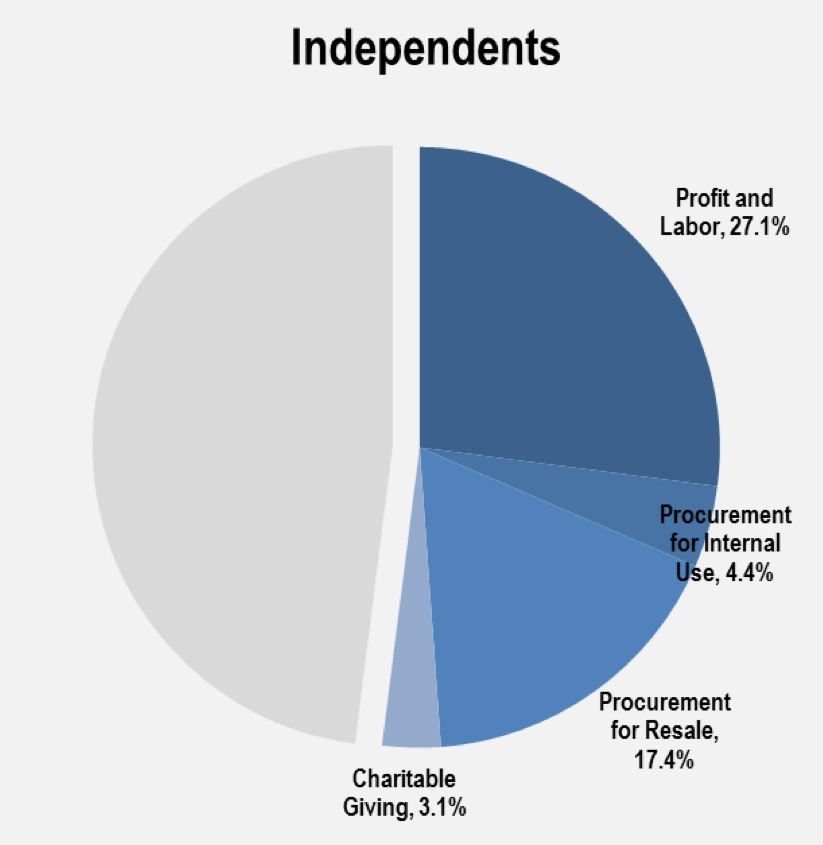 Choosing a locally owned store generates almost four times as much economic benefit for the surrounding region as shopping at a chain, a new study has concluded.  The analysis also found that eating at a local restaurant produces more than twice the local economic impact of dining at a chain restaurant.

What accounts for the difference? In a handy graphic, Civic Economics shows the breakdown. Independent businesses spend much more on local labor.  They also procure more goods for resale locally and rely much more heavily on local providers for services like accounting and printing.  This means that much of the money a customer spends at a local store or restaurant is re-spent within the local economy, supporting other businesses and jobs. 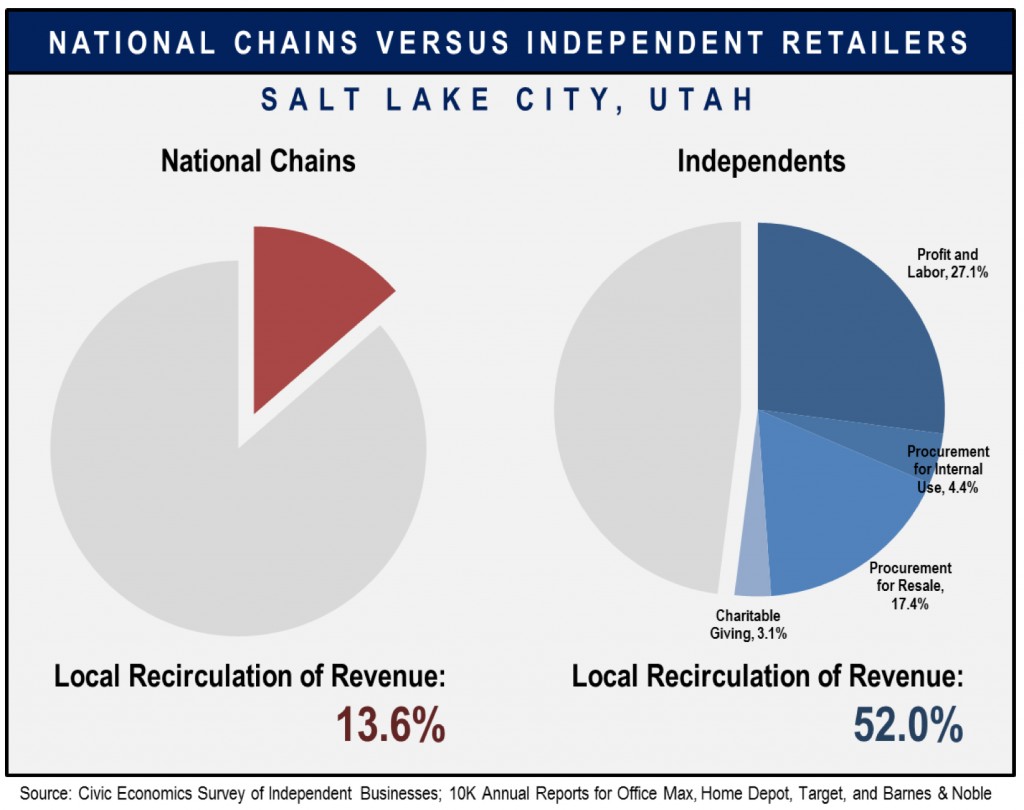 Chains have little need for local goods and services, and keep local labor costs to a minimum.  Most of the revenue that these stores and restaurants capture leaves the community.

This study was sponsored by Local First Utah.  “Most of us have a natural sense that local businesses are good for communities,” said Betsy Burton, who co-chairs the organization’s board and owns the King’s English Bookstore. “And studies in other parts of the country have borne this out… Now we have hard evidence right here in our own city that consumers can have a huge impact on the local economy, just by shifting some of their purchases to local businesses.”

The study is part of a nationwide research project being conducted by Civic Economics in partnership with the American Booksellers Association.  Other communities where a similar data analysis is underway include Bainbridge Island, Washington; Chicago, Illinois; Las Vegas, New Mexico; Louisville, Kentucky; Milwaukee, Wisconsin; Pleasanton, California; and Raleigh, North Carolina.