In the Washington Post, Stacy Mitchell explains why we shouldn’t be surprised that West Virginia and North Dakota’s independent pharmacies are beating the chains in vaccine distribution.

“More than a month into the coronavirus vaccine rollout, only about 60 percent of the doses distributed across the country have actually made it into people’s arms, according to federal data — a discouraging display of inefficiency. But a handful of states are far ahead of the pack. At the top of the list are West Virginia, which had given out 84 percent of its doses as of Friday, and North Dakota, at 81 percent.

Many factors are slowing distribution, including some Americans’ hesitance to take the vaccine and policies that hold back some doses for the second round of shots. But one key element appears to be the type of pharmacy states choose to work with. While the federal government partnered with CVS and Walgreens to handle vaccinations at long-term care facilities in the first phase of the rollout, North Dakota and West Virginia have instead turned to independent, locally owned pharmacies. Small drugstores are prevalent in West Virginia, and in North Dakota they’re just about the only game around: A 1963 law mandates that only pharmacies owned by pharmacists may operate in the state (save for a few grandfathered CVS locations).

These small providers have proved remarkably nimble. Meanwhile, CVS and Walgreens have stumbled. In late January, Oklahoma officials expressed fury that the two chains were sitting on more than 62,000 of the state’s allotted doses — and the state suspended allocations of more doses to them. In Maine, officials eager to hurry things along have begun transferring doses meant for the chains to local pharmacies instead.” 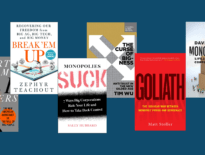 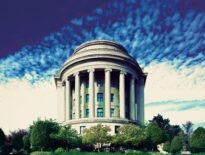