“I can’t afford to compete with the big boys,” a New York small business owner said when Amazon buried the business’s listings and siphoned its profits. This sentiment holds true for many small New York businesses who face an ongoing threat from monopolistic corporations. Senior Researcher and Writer Ron Knox and Senior Policy Advocate Katy Milani explain in Times Union how the New York 21st Century Antitrust Act would help stop the abuses of corporate titans and “return power and freedom to regular New Yorkers.”

“For New York’s independent businesses, relief may be on the way. The 21st Century Antitrust Act, introduced by Sen. Michael Gianaris, D-Queens, and Assemblyman Jeffrey Dinowitz, D-Bronx, would make New York the vanguard of a national anti-monopoly movement and a model for other states to support their workers and small businesses in the face of monopoly power.

The bill would make New York the first state to clearly define what corporate dominance looks like and what it means to abuse that power. It would also be the nation’s first antitrust law to explicitly include the welfare of workers.

While most states have their own antitrust laws to address corporate power, those laws are often handcuffed by pro-monopoly court judgments that have hampered federal enforcement. Other state laws, like New York’s current law, don’t explicitly prohibit the harm dominant companies can inflict.” 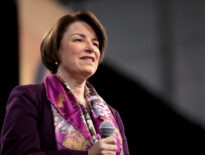 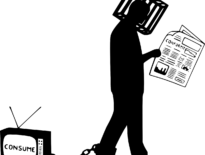 Retail Listen: What Could Possibly Go Right? Finding Our …
Sign Up for the Hometown Advantage Newsletter