In the Star Tribune, ILSR Co-Director and Director of the Energy Democracy Initiative John Farrell explains that thanks to a lack of competition, Minnesota energy companies (and those in 35 other states) have a big incentive to invest in expensive power plants, clean or dirty. Minnesota Power and Xcel Energy are currently asking state regulators for permission to build two gas power plants that will benefit shareholders while harming the environment and costing their captive customers millions of dollars in higher electric bills.

For decades, Minnesota Power and Xcel Energy have operated fossil-fuel power plants that have generated millions of tons of carbon pollution, among the biggest contributors to Minnesota’s being one of the fastest-warming states. Thousands of tons of sulfur dioxide and mercury have triggered respiratory illnesses, especially among communities of color and poor folks forced to live next door to the power plants, and have polluted Minnesota’s lakes and rivers. But utility shareholders don’t care; these health and environmental impacts are off the balance sheet.

Minnesota’s laws also allow utilities to “pass through” the fuel costs of power plants directly to customers. While shareholders of Minnesota Power and Xcel Energy will collect their profits shortly after the proposed plants begin operation in the mid-2020s, utility customers will be paying for fossil gas for decades, at whatever price the market requires.

In the Star Tribune: Wrong Incentives Drive Energy Decisions in Minnesota, Most States 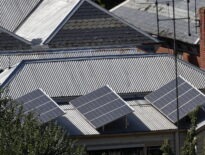 Energy Entrepreneurs, Innovators, and Roadblocks in the R… 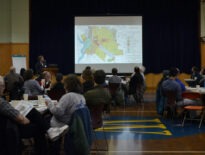 Energy Voices of 100%: In Case of Emergency, Break Down B…
Sign Up For Energy Democracy News