The United States has experienced decades of unchecked mergers resulting in workers’ rights violations, loss of local businesses in small towns, and shoppers being forced to spend their dollars all in one place. The ever-increasing number of mergers has completely reshaped our economy, while serving only a select few. The effort to overhaul current merger laws is no small feat. But with recently appointed Lina Khan and DOJ nominee Jonathon Kanter, there is newly found hope. Senior Researcher Ron Knox writes in The American Prospect that Congress must end America’s merger free-for-all.

“Over the last nine months, the number of corporate mergers sent to the feds for review has reached a staggering new zenith, increasing 40 percent over 2019. In August alone, companies announced 369 major mergers, about 12 per day. The head of antitrust enforcement at the Federal Trade Commission (FTC), one of two competition agencies within the government, called the current pace ‘astounding.’

“There are several reasons behind this unprecedented wave. Companies and private equity firms that stockpiled cash over the past 18 months are now spending it, often to grab market share in a recovering economy. Some industries shaken by the pandemic recession, like aerospace, have come to believe consolidating rather than competing is the best way forward.

“But mainly, industries are consolidating because, for the past 40 years, policymakers, judges, and law enforcers have not only allowed big mergers, they have encouraged them, deeming them beneficial for customers and the economy. This turns out to be catastrophically wrong. By every measure, in small towns and big cities, mergers have killed jobs, suppressed wages, smothered independent businesses, and left residents despondent and cynical, as our stark political and economic divide grows ever wider.”

In The American Prospect: Why Congress Must End America’s Merger Free-for-All 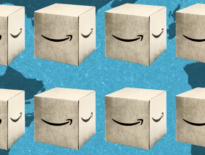 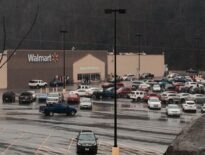 Retail On Pitchfork Economics: How Walmart Gutted Communi…
Sign Up for the Hometown Advantage Newsletter