In the last two decades, hundreds of craft brewers have sprung up in every corner of America, giving the beer industry a golden aura of entrepreneurialism. But today this industry is in the midst of an unprecedented shift, with rapid consolidation and rampant monopoly power threatening our favorite local breweries. Ron Knox, Senior Researcher and Writer and local beer aficionado, writes in The American Prospect how Reyes, the largest beer distributor in America, has bought its way to dominance (among other monopoly tactics), which has muscled out distributors, bars, and stores.

“Beer is often held up as an oasis of competition and innovation in an economy dominated by corporate behemoths. The massive beer conglomerates AB InBev—parent company of Budweiser—and Molson Coors still sell nearly two-thirds of all beer domestically. But for the last two decades, hundreds of craft brewers have sprung up in every corner of America, offering a dizzying selection of ales, porters, and pilsners to taps and store shelves. Even Tim Wu, a Biden administration official and ardent opponent of monopoly power, said recently that the beer industry ‘is a model for what we can do and what we can expect from the U.S. economy.’

Yet today, the beer industry in America is in the midst of an unprecedented transformation in ways most drinkers do not recognize. Reyes has used its unmatched resources and the country’s nearly nonexistent oversight of corporate mergers to cement control over the market in ways little seen since Prohibition. While Reyes has established beachheads in swaths of the East Coast and upper Midwest, this domination is so far most acute in California, which accounts for one-tenth of all brewing in America. Its takeovers and other tactics there have spurred a slew of lawsuits and a statewide antitrust investigation.”

In The American Prospect: Monopoly on Tap 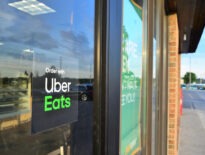 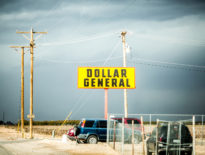 Retail Forbes: How Dollar General Is Spreading Like Hot G…
Sign Up for the Hometown Advantage Newsletter