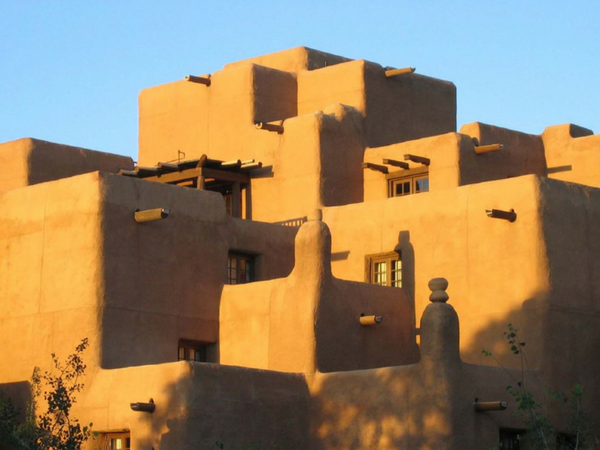 A widening chasm between what customers want and what Santa Fe’s electric utility delivers is bolstering a campaign to rejigger power production and distribution, possibly putting the city itself in charge.

The municipalization campaign, years in the making, comes as the Public Service Company of New Mexico (PNM) leans on a long-term strategy that shortchanges renewables, includes shaky financial analysis, and diverges from what most ratepayers say they want.

Now, New Energy Economy — the Santa Fe advocacy group spearheading the effort — is vetting its options for toppling a monopoly criticized for its resistance to renewables and market-leading fees. Santa Fe could form a municipal utility on its own, or aggregate demand with communities nearby and form a utility alongside them. John Farrell, ILSR’s Energy Democracy Initiative Director, spoke with Mariel Nanasi, executive director of New Energy Economy, in August 2016.

“We want to defect from the utility because they’ve managed [our electricity system] so poorly and have failed to see what’s going on, and to plan,” said Mariel Nanasi, executive director and president of New Energy Economy.

A massive strategic overhaul in Sante Fe would leverage local control to shape energy policies that support growth, both in New Mexico’s robust renewables market and in the broader economy by creating jobs and making sure customers’ dollars stay in the community.

For example, a 2012 study examining the benefits of a publicly owned electric utility in Santa Fe found that such a switch could more than double savings from energy efficiency as well as renewable energy production. It could cut out coal from the energy supply, and increase the percent of local energy fivefold, and possibly more.

The report also predicted municipalization could shrink energy bills by as much as 15 percent.

On Nanasi’s watch, the push is gathering momentum. She’s said from the beginning that it would be a David-and-Goliath fight, and lately, PNM is losing luster as stakeholders turn a skeptical eye to its strategy.

In a New Energy Economy poll — designed to be comprehensive and fair, noted Nanasi — 89 percent of those surveyed want access to solar power, beating the groups’ expectations and exposing the appetite for a utility shakeup in Santa Fe.

A petition supporting the municipalization effort notched about 1,000 signatures back in 2014, when several city council members hailed the move as a pathway to fiscally responsible, environmentally friendly power generation.

The city held its first-ever climate action summit that fall, where Mayor Javier Gonzales threw his weight behind municipalization. Saying he was “deeply committed to the idea that we can and must make sure Santa Feans have access to affordable, renewable energy,” he specifically called for community solar programs to expand access for renters and low-income homeowners.

For its part, PNM has touted a plan to (very modestly) ramp up renewables and cut coal use. But despite the utility’s insistence that it recognizes New Mexico’s “abundant solar potential,” its existing power-generation mix falls woefully short of capturing it.

A sunny climate and flat-roofed architecture form ideal solar-generation conditions in the state. Rooftop solar arrays could satisfy more than 40 percent of the state’s electric demand. Still, Nanasi said, 80 percent of the PNM’s generation capacity is tied up in coal and nuclear power.

Just 7 percent comes from wind, while an even slimmer 3 percent slice comes from the sun. But even that figure is generous — it counts rooftop solar installed by enterprising homeowners and individual businesses. The utility didn’t create that capacity and does little to support it. In fact, PNM’s existing policies obstruct renewables, including through increased charges.

“They’re far behind regulated utilities across the nation,” Nanasi said. “It’s especially concerning given the abundance of solar and wind potential we have here.”

Matching a national trend, PNM puts barriers between customers and solar power through fixed charges. Every customer pays those fees regardless of their use — even if a customer zeroes out their purchases by using solar.

Fixed charges would rise under the utility’s latest plan from $5 to more than $13, roughly a 163 percent increase. Regulators knocked back that request in an August recommendation, which slashed the proposed increase by two-thirds. The reduction still needs full regulatory approval.

The utility has separately tried to tack on a solar-specific fee, but that effort crumbled amid stiff blowback. Sharp criticism of PNM has bled into general rate discussions, especially after it proposed the fixed charge increase in 2015 largely to cover the acquisition of nuclear power and upgrades at a coal-fired facility.

Prospective rate hikes became a lightning rod in late June this year after PNM released information that showed it had already recovered — from customers — related costs. Officials in Bernalillo County and Albuquerque denounced the utility’s imprudent and unnecessary purchases.

In Albuquerque, the city council joined the chorus of criticism in June with a resolution chiding PNM for seeking rate increases without exploring other options. The city touted New Mexico’s potential to become “a leader nationwide and internationally” in renewable energy.

The council juxtaposed a 461 percent increase in the utility’s earnings from 2008 to 2014 with a 6.4 percent drop in the area’s median household income, admonishing PNM for proposing a fixed fee hike when its residential electricity rates already outstrip the U.S. average.

“The reason why we are investigating alternatives to this current institutionalized system that really has not served the needs of the people is because it is not aligned with our values,” Nanasi said. “It is not aligned with what we know we have to do, both in terms of the environment, climate and health – but also the economy.”

Though a recommendation from regulators earlier in August scaled down PNM’s proposed rate hike, tensions in Santa Fe have flared recently over a plan to shutter part of a coal-fired PNM plant by the end of next year.

Rather than fully replacing that capacity with cleaner power, PNM plans to integrate new coal, nuclear and natural gas power. New Energy Economy recently appealed to the New Mexico Supreme Court, arguing the regulators who approved the plan did not base their decision on the “substantial evidence” needed to justify it.

“What we have found, and I think it’s pretty common across the country, is that oftentimes the monopoly is actually regulating the regulators,” Nanasi said. “They’re not really regulating on our behalf.”

In New Mexico, neither regulators nor PNM adequately vetted other options that would have brought cleaner power into the mix, Nanasi said.

“If you had done an honest assessment of these alternative resources, then you would’ve picked solar and wind,” she said.

Nanasi’s vision of municipal power would start in places needing new power generation. The city could set standards for renewables in new residential and commercial construction, then build out solar and wind infrastructure itself or contract with a third-party power provider that shares its goals.

She calls those new, sustainable projects “islands of competence.” To Nanasi, they present an opportunity to show community members that the local government can responsibly lead the way on energy. That could start with outfitting prominent places, like the airport, with solar panels.

Over time, the idea is to show that there’s a viable alternative to PNM that costs less — the kind of win-win that Nanasi believes municipalization will deliver. The way she figures, when utility customers see solar power in action, the upside will be obvious.

“It’s really about building political will and removing the social license of these energy companies who are not doing what they’re supposed to be doing,” she said. “People feel like we literally want to be taking our power back.”

This is the 39th edition of Local Energy Rules, an ILSR podcast with Director of Democratic Energy John Farrell that shares powerful stories of successful local renewable energy and exposes the policy and practical barriers to its expansion. Other than his immediate family, the audience is primarily researchers, grassroots organizers, and grasstops policy wonks who want vivid examples of how local renewable energy can power local economies. 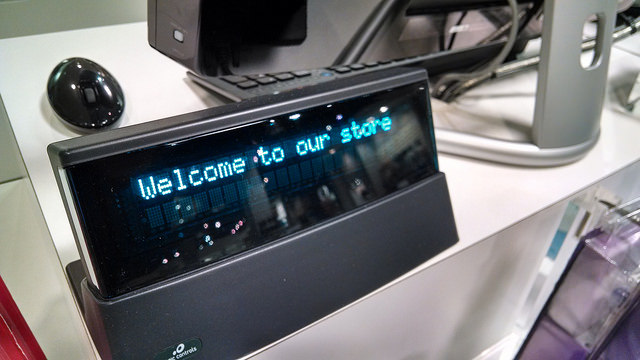 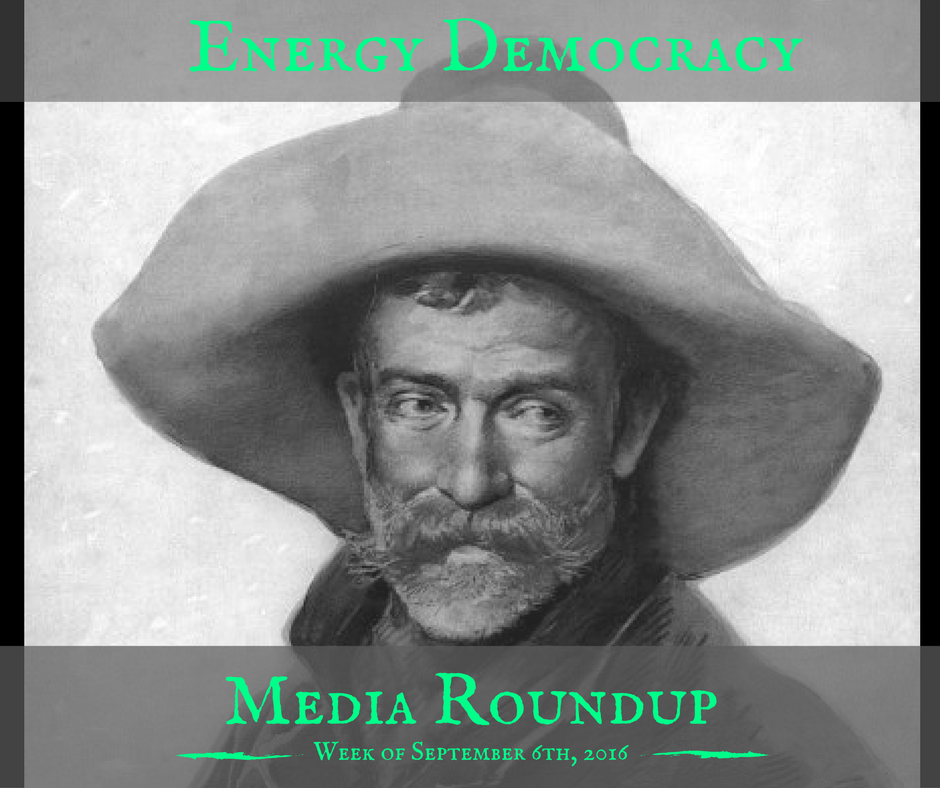