Welcome to In Our View, the first installment of a new series here. From time to time, we’ll use this space to explore new ideas and share our thoughts on recent events playing out across the digital landscape, as well as take the opportunity to draw attention to important but neglected broadband-related issues.

The disaster in Texas resulting from an electric grid that was deliberately left exposed and likely to fail in rare cold weather events has received a lot of dramatic coverage, as well it should given the loss of life and damage to so many homes and businesses. It also raised some questions in my mind regarding competition and designing markets that will be discussed below. Texas was a leader in allowing different electricity firms to compete in selling electricity over the same electric grid, an arrangement that has some similarities to open access broadband approaches.

In digging into that recent electricity history, I made another interesting and relevant finding that I discuss first as part of the background to understand the lessons from Texas. In 20 years of competing models between, on the one hand, municipal and cooperative structures to deliver electricity and, on the other hand, a largely deregulated and competitive market, the munis and co-ops delivered lower prices to ratepayers.

Many of the sources used in this article are behind paywalls. We wish that weren’t the case but we support both paying for news and the libraries that have databases that may allow you to track this down if you have the inclination.

More than 20 years ago, Texas largely deregulated electricity markets. Residents still have a monopoly in charge of the physical wire delivering electricity to the home, but they could choose among various electricity providers that would effectively use the wire and charge different amounts, differentiating themselves via a variety of factors, including how the electricty was produced.

However, some areas continued to have monopoly electricity providers, including two of the largest public power providers in the nation, San Antonio’s CPS and Austin Energy, among others as well as several rural electric cooperatives.

For 20 years, Texas has conducted an informal test between unregulated market competition and local providers that are democratically accountable to their customers. The Wall Street Journal is the latest of many over the years to study the numbers and dispassionately annoint the munis and cooperatives the winners.

None of this was supposed to happen under deregulation. Backers of competition in the electricity-supply business promised it would lower prices for consumers who could shop around for the best deals, just as they do for cellphone service. The system would be an improvement over monopoly utilities, which have little incentive to innovate and provide better service to customers, supporters of deregulation said.

From 2004 through 2019, the annual rate for electricity from Texas’s traditional utilities was 8% lower, on average, than the nationwide average rate, while the rates of retail providers averaged 13% higher than the nationwide rate, according to the Journal’s analysis.

The findings are similar to a 2015 report from the Texas Coalition for Affordable Power, covered by the Texas Tribune:

But from 2002 to 2013, the average household in deregulated areas paid a total of about $4,800 more than residents of cities — like Austin and San Antonio — served by just one municipal utility, or those served by electric cooperatives, the analysis said.

This isn’t the first time we at ILSR’s Community Broadband Networks team have looked at electricity. Given that many of the arguments against municipal broadband are identical to arguments against public power more than 100 years ago, we like to look at the 100+ years of empirical evidence that local governments can handle these responsibilities.

Many studies looking at prices and reliability have found public power to be at least as good as the big investor-owned utilities, and often better. Back in 2011, I wrote about Connecticut Light and Power compared to Norwich, Connecticut after a storm demonstrated the benefits of community ownership.

Norwich had far fewer customers lose power, and they regained service more quickly than the investor-owned utility. It led to the New York Times digging into the two companies’ budgets to seek answers.

In contrast to Connecticut Light and Power, Norwich’s electric unit last year increased operations and maintenance spending by 11 percent, to $2.9 million. Put another way, in 2010 Norwich allocated about $132 a customer to this line item in its accounts. Connecticut Light and Power reported maintenance, unadjusted for deferred expenses, of $96.5 million, or around $78 per client.

We generally see networks that are directly accountable to their customers doing a much better job, not just in price but all-around value.

The competitive market was supposed to deliver far lower prices to consumers. As several have stated, including ILSR’s very own energy expert, John Farrell, what it mostly did was allow electricity companies to introduce the tricky and opaque billing practices common among the national cable monopolies to what had been a fairly transparent market.

But the shopping site became overwhelmed with offerings. Some companies offered more than 30 plans that were hard to distinguish from each other. Several retail electric providers began offering multi-tiered electricity plans with low teaser rates designed to catch the attention of shoppers, only to have those who signed up learn too late that using one kilowatt hour above a certain threshold would send the advertised price soaring by as much as 10 times.

Other companies offered “free nights and weekends” plans that could cost consumers more because of much higher weekday rates. One company offered a $600 bill credit for a two-year plan that would ultimately cost customers twice as much as another plan offered by the same company.

It is worth nothing that Texas was not solely seeking lower prices, but also incentives to encourage customers to shift their electricity use away from peak times, especially in the summer. Some companies have achieved those goals, but reading the investigations suggests that the bulk of energy in the market has been expended trying to fool potential customers with opaque pricing.

What this means is that rather than technical or other useful progress, the main innovation was in the form of legalized fraud or trickiness. Companies often competed in how they could fool people into signing up, though they would pay more. This is one of the biggest complaints people have today about telecommunications bundles that are hard to understand and often change price without adequate warning.

As more municipal networks explore and iterate on open access models, proponents need to consider some of the recent lessons learned from Texas. To date, most ISPs on open access networks are earnest, small local companies with a variety of reasons to enter the business, though maximizing wealth extraction has not been one of them.

To my knowledge, I don’t see these shenanigans on UTOPIA despite it passing 120,000 premises. But what happens when open access networks pass 2 million potential users? Or 10 million?

I hope this issue won’t even arise, in part because I would expect the local ownership of the network to produce more accountability than a state or federal agency. But it wouldn’t hurt to have some rules regarding transparency of pricing or some mechanism to ensure the competition on these networks doesn’t devolve to harmful games.

These cable pricing dynamics aren’t just annoying. They are particularly pernicious for the lowest-income households that don’t have the time, and sometimes the literacy, to spend hours digging into complex pricing. Returning to the case of electricity and the Houston Chronicle’s “Murky” story,

“Too many Texans are still overpaying for power,” said Fred Anders, founder of Texas Power Guide in Houston, a website that helps consumers find the lowest cost plans. “And very likely a disproportionate share of them are people who can least afford to overpay and have less time and awareness to navigate the minefield of gimmicks in the electricity market.”

That story also has the interesting nugget that very few people are actively switching providers, which is supposedly the best way to keep prices low. A fatigue seems to set in rather than the kind of enthusiasm that might be expected from the heartiest fans of markets. This reality is an important reminder when it comes to Internet access: I believe people generally want “competition” when they are frustrated with their provider. I don’t think a survey of the subscribers to EPB in Chattanooga or NextLight in Longmont or US Internet in Minneapolis or Sonic in California would reveal much desire for more local competition because users there are happy to pay a fair rate for reliable and straightforward service.

I don’t think people want to spend their time trying to save another $2/month on Internet access by checking in on the deals each week to change providers. If that would be all that open access could offer, I will be disappointed. Of course, it may be that for communities that do not want to offer retail service, offering the possibility of choice will result in better outcomes than if they chose a contract with a single ISP, so there are many factors to consider.

People want something that works transparently at a reasonable price. My enthusiasm for open access is very much tied up with the possibility of specialized niche services. Services that we have trouble imagining today because nearly all Americans are locked behind networks owned by corporate monopolies that are not open to innovation. Ammon’s genius is not merely the financial model but the courage to open so much power to users and ISPs. Time will tell if they do anything special with it.

I believe that valuable innovation will come from open platforms, but think the Texas lessons offered a chance to explore why as well as some potential hazards along the way.

In Our View: Grid Disaster in Texas Leads to Open Access Soul Searching 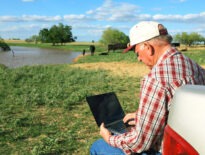 Building Local Power Can We Be Local in a Digital World? — Episode 12… 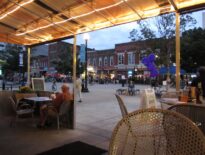