On April 17, the U.S. Supreme Court will hear arguments in a case on sales tax collection that could — long after online commerce has transformed the retail sector in the United States — finally give states the authority to require online retailers to collect sales tax.

For years, state and local governments have watched as sales tax revenues have declined, and local retailers have watched as their online competitors have been allowed to play by a different set of rules. States’ options, however, have been limited by a 1992 Supreme Court decision — and subsequent inaction from Congress — that ruled that states can only require businesses with a physical presence in the state to collect state and local sales taxes.

In the quarter-century since, e-commerce sales have grown into a multi-trillion-dollar force in the U.S. economy. Amazon alone is today the second-most valuable company in the world, and built its empire in no small part with the help of the online sales tax loophole; as recently as 2011, when the company was already well-established, a study of 275,000 households found that the sales tax advantage was central to the company’s appeal.

Then, in 2015, something finally changed: Justice Anthony Kennedy signaled a readiness to re-consider the Court’s earlier decision. “A case questionable even when decided, Quill now harms states to a degree far greater than could have been anticipated earlier,” Kennedy wrote, adding that the result of the decision has been “a startling revenue shortfall in many states, with concomitant unfairness to local retailers and their customers who do pay taxes at the register.”

The state of South Dakota decided to take Justice Kennedy up on his offer. The following year, the state passed a law that requires out-of-state online retailers to collect sales taxes if they do a certain amount of business in the state, deliberately challenging the Court’s earlier ruling. The state considered it necessary, according to reporting by Reuters: South Dakota estimates that it loses up to $50 million a year in uncollected sales taxes on online purchases, while the disparate treatment of remote retailers gives them a pricing advantage over the state’s local businesses.

In its law, South Dakota replaces a “physical presence” standard with an approach that’s instead based on “economic presence,” which it defines as any retailer that engages in over 200 transactions or over $100,000 worth of sales in the state. Other states quickly followed with similar laws, including Tennessee, Wyoming, and Alabama; meanwhile, South Dakota got the legal process started by suing four online retailers.

Now, South Dakota v. Wayfair, Inc., has reached the U.S. Supreme Court. Attorneys general of more than 40 states, along with organizations like the National Governors Association, have filed briefs that ask the Supreme Court to reverse its earlier decision. So have groups representing retailers: Four members of Advocates for Independent Business (AIB) joined a brief that urges the Court to uphold South Dakota’s law and eliminate the physical presence requirement. “An economic-presence approach is necessary for sales taxes to work fairly in a retail world increasingly dominated by e-commerce,” the brief reads.

Even as the Supreme Court prepares to hear this case, the fight for online sales tax fairness is also being waged on another front: third-party sales on Amazon. While Amazon today collects state sales tax for sales that it makes directly, it doesn’t do so for sales made by third-party sellers on its platform.

These sales are significant: They comprise roughly half of Amazon’s volume, and the Multistate Tax Commission estimated in 2017 that they account for about $2 billion a year in uncollected sales taxes. (A new study from Civic Economics and the American Booksellers Association puts the figure even higher, at as much as $5 billion in 2016, and a recent report [PDF] from the U.S. Government Accountability Office estimates that, among all platforms, third-party sellers collect just 14 to 33 percent of taxes on their sales). Through these third-party sales, Amazon continues to hold a significant competitive advantage over brick-and-mortar retailers.

Amazon is fighting to keep this advantage. After South Carolina argued that Amazon owes $57 million in uncollected sales taxes on third-party sales in 2016 alone, Amazon filed a legal challenge, and wrote in a filing to regulators, “We intend to defend ourselves vigorously in this matter.” The case is ongoing and scheduled for trial in November 2018. Meanwhile, Washington and Pennsylvania have passed laws requiring Amazon to collect sales tax on its third-party sales.

While states continue to work to close additional loopholes, back at the Supreme Court, South Dakota v. Wayfair, Inc., marks an important case. With it, the Court has an opportunity to finally correct its earlier ruling on sales tax. For local governments and their citizens — along with local retailers and their customers — the right decision is long overdue.

Photo of U.S. Supreme Court building by zacklur via Flickr.

In Long-Awaited Case This Spring, U.S. Supreme Court Has Opportunity to Correct the Law on Sales Tax 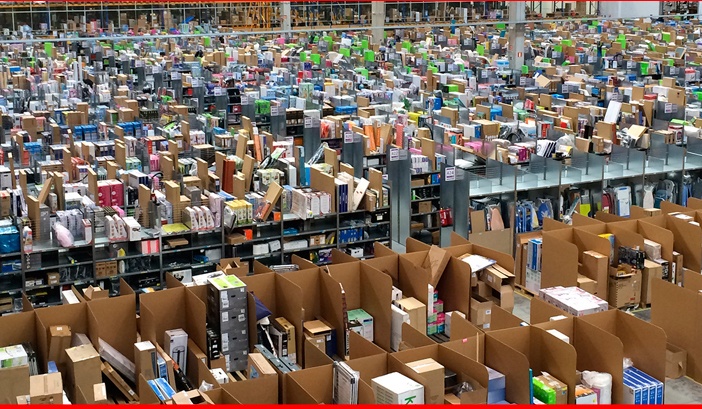 Retail Listen: How Amazon Swallowed the Economy on “… 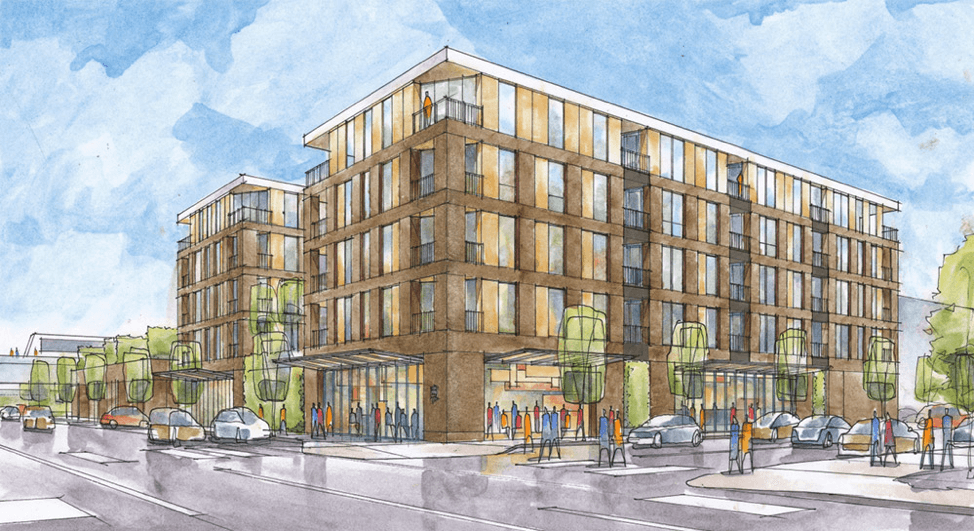 Retail In Cities Around the Country, New Action on Commer…
Sign Up for the Hometown Advantage Newsletter