We were happy to report when HB 282 failed to advance on the floor of the Georgia General Assembly House in a bipartisan vote. We were equally pleased to learn that at least one Georgia community passed an official resolution opposing the bill while it was making its way through the committee process.

Alpharetta, an Atlanta suburb, is home to 57,000 people and calls itself the "Technology City of the South." The community has no municipal network and no current plans to invest in one, but nevertheless passed a resolution on February 25th which opposed HB 282.

"Once again I think this is just a state legislator jumping into local business. And I appreciate their concerns, but we do a pretty good job around here, I think. And if residents don't think so, they will be more than happy to let us know," Gilvin said. "I'd appreciate it if they'd just let us handle our government."

"This goes not only beyond local control, but also impacts our ability and other communities ability to be masters of our own destiny and influence on development as well as provides services to their constituents, both residential and commercial," Owens said. "If that's something in a community's best interests, who better to make that decision than a community rather than the state on behalf of the community."

First, the resolution sums up the real world affects of the proposal, if it had passed:

WHEREAS, House Bill 282 would tie the hands of municipal officials in their efforts to build digital networks they need to attract economic development and create a high quality of life for their citizens; and

WHEREAS, House Bill 282 is a bill that would undermine self-determination of cities in the digital age as illustrated by the following:

-Receive the permission of the Public Service Commission; and

-Prove to the Public Service Commission that each census block the city wants to serve has no existing broadband service (Census blocks are the smallest geographic area the Census Bureau uses for data collection. There are 291,086 census blocks in Georgia).

-A city would not be allowed to expand its network to provide service to any customers unless the customers have no existing broadband service, regardless of the speed; and

-The city would not be allowed to provide the service even within the city’s boundaries.

The resolution also called out the bill's authors and supporters:

And WHEREAS House Bill 282 would reduce Georgia's competitiveness and ability to attract new jobs as illustrated by the following:

NOW, THEREFORE, the Mayor and Council hereby RESOLVE that the passage of House Bill 282 (Preemption on Municipal Broadband), as well as any similar legislation, is hereby opposed as not being in the best interest of the City of Alpharetta and other municipalities within the state; and IT IS FURTHER RESOLVED that a copy of this Resolution be delivered to members of the City’s local delegation.

While resolutions like Alpharetta's are not the only contributing factor to a state bill success or failure, it is another tool in the toolbox for local leadership. In addition to raising awareness at the local level, official resolutions give state and federal leaders a clear indication of how their constituents feel about specific proposals, providing a hook for media to cover the larger story. 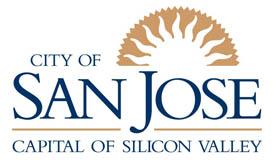