More than half of all new retail store openings in 2019 have been dollar stores. Nationwide, the number of dollar stores has climbed from about 20,000 to nearly 30,000 since 2011. There are now more dollar stores than Walmart and McDonalds locations combined.

As our research concluded in an in-depth report: “There’s growing evidence that these stores are not merely a byproduct of economic distress. They’re a cause of it. In small towns and urban neighborhoods alike, dollar stores are leading full-service grocery stores to close. And their strategy of saturating communities with multiple outlets is making it impossible for new businesses to take root and grow.”

FOR MORE INFORMATION and to schedule an interview, call Hibba Meraay at 612-844-1330 or email hmeraay@ilsr.org. 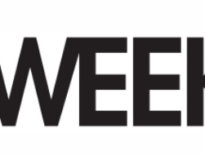