The Institute for Local Self-Reliance (ILSR) has been at the forefront of policy debates about giving large, corporate packaging companies complete authority over the recovery and disposal of their own products and packaging, a practice known as Extended Producer Responsibility (EPR) for packaging. Packaging contributes inordinately to the solid waste and climate crises that the US faces. Control of this packaging by the major corporations in the country that are producing these products is the wrong approach. ILSR has educated networks of business and environmental justice organizations, calling out the dangers of poorly designed EPR for packaging proposals.

EPR systems that call for control over the recycling sector by large packaging corporations are not needed and would inevitably lead to concentrating more economic and political power in the hands of packaging corporations, Big Waste and Big Soda. This concentration would eliminate citizens and small businesses from access to decision making at the local level.

In poorly designed EPR, Producer Responsibility Organizations (PROs) are given broad latitude to design, build and operate recycling systems. PROs are organized as nonprofits to implement the EPR system and exempted from anti trust laws. PROs are often given the authority to adopt and implement policies, detailing with the force of law who can participate and how they must perform.

This document explains why ILSR and many allied organizations are skeptical about adopting EPR for packaging and traditionally recycled materials and suggests a better way forward.

Our objections to EPR for packaging include the following:

In states like Maine, Oregon, Washington and California, ILSR’s position has been supported as legislatures have rejected poorly designed EPR packaging proposals in favor of smarter, more strategic, improvements in recycling programs that provide more local benefits to communities.

The American Recycling Infrastructure Plan is a progressive national strategy that would build upon local decision-making.

The Sierra Club National Zero Waste Team promoted a national Producer Responsibility Fee, in the form of a surcharge on waste delivered to landfills and incinerators for reinvestment in local and regional programs. State level surcharges have also been adopted in in several states.

Private sector investment of over $5 billion since the China import ban has focused on plastic, paper, electronic scrap and composting. State Right to Repair laws have triggered investments in worker training and reuse capacity across the US. Since the pandemic, there has also been a ‘supply chain eruption’ that has seen reuse operations dramatically increase sales, employment and sales tax payments.

However, not all forms of EPR are poor public policy. EPR systems that feature municipal reimbursement, that tax packaging companies in order to cover the costs of public management of their packaging can be helpful. Municipal reimbursement EPR is an acceptable form of EPR because there is no PRO middle level bureaucracy, and fees paid by industry go to government agencies for distribution to state and local governments based on local decisions for infrastructure investment.

Supporters of EPR have promoted only producer control EPR until recently, and that’s a mistake. Now, thanks to pushback from Zero Waste activists and EPR skeptics who are concerned about protecting local control over recycling and composting, EPR municipal reimbursement is catching on. Rather than continuing to push for a deeply flawed corporate-control  EPR, we encourage more policy makers and advocates to consider the far more acceptable municipal reimbursement approach. 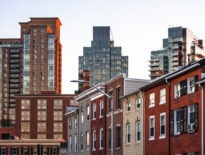 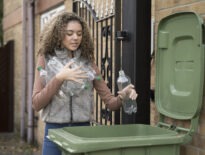