ILSR’s Brenda Platt will be presenting on the benefits of food waste composting before the The Joint Committees on Streets and Services & The Environment of the Council of the City of Philadelphia on November 12th.   The public hearing will cover the feasibility of and benefits to the City of residential food waste recycling including its impact on environmental quality, hunger prevention, economic savings and job creation.

Local recycling advocates RecycleNow Philadelphia are urging the public to turn out a strong presence at this first hearing to demonstrate that a citywide food waste recycling program is a priority for the residents of Philadelphia and to give residents an opportunity to be active participants in the discussion from start to finish.  More on their effort here.

The hearings are a result of the Council of the City of Philadelphia resolution (No. 140626) passed in June 2014 that read:

Authorizing the Joint Committees of Streets and Services and the Environment to hold hearings on the feasibility of and benefits to the City of residential food waste recycling including its impact on environmental quality, hunger prevention, economic savings and job creation.

WHEREAS, “Food accounts for about 13 percent of the nation’s trash, the third-largest component after paper and yard trimmings. Based on that average and the $65 per-ton rate to haul away trash in Philadelphia, it costs the City approximately $6.1 million a year to move uneaten food from plate to landfill,” according to the Mayor’s Office of Sustainability’s Greenworks Philadelphia 2009 report; and

WHEREAS, Decomposing food buried in landfills releases methane, a potent, dangerous greenhouse gas and incineration— a common alternative to burying waste in landfills creates environmental and health hazards through the release of toxins into our air supply; and

WHEREAS, Because incinerators are inefficient at generating electricity from burning waste, and recycling and composting conserve three to five times more energy than is produced by incinerating waste, the amount of energy wasted in the U.S. by not recycling is equal to the output of 15 medium-sized power plants; and

WHEREAS, According to the Environmental Protection Agency, Americans threw away more than 36 million tons of food in 2012, which the Natural Resources Defense Council estimated is about $165 billion worth of food annually. Even 15% of the food being discarded would be enough to feed 25 million people at a time when one in six Americans does not always have enough to eat; and

WHEREAS, Composting, often described as nature’s way of recycling, is the biological process of breaking up of organic waste such as food waste, leaves, grass trimmings, paper, and coffee grounds, etc., into an extremely useful humus-like substance by various micro-organisms including bacteria, fungi and actinomycetes in the presence of oxygen. Today, the use of composting to turn organic wastes into a valuable resource is expanding rapidly in many countries, as landfill space becomes scarce and expensive, and as people become more aware of the impact they have on the environment; and

WHEREAS, In Philadelphia there are already private companies and local institutions that are realizing that composting food waste is a viable economic and job creation venture. The Environmental Protection Agency has identified 25 businesses, institutions and schools in Philadelphia and its suburbs participating in the national Food Recovery Challenge; and

WHEREAS, The number of communities in the U.S. with residential food waste collection service has grown by more than 50 percent since 2009. Austin, Texas sold $267,000 of yard compost in one year as a result of its residential food waste recycling collection service. New York City has recently launched a pilot program to collect food waste for over 70,000 households, hoping to divert the roughly 3.2 tons of waste that New Yorkers send to landfills every year at a cost of $300 million and divert a large part to compost. A national municipal model is San Francisco, where homes have three bins: green for compostables, blue for recyclables, black for the rest. The city aims to be zero- waste by 2020; and

WHEREAS, While the City of Philadelphia has taken some steps towards encouraging food waste recycling in public locations, there is much more that can and should be done to live up to the City’s goal of becoming the greenest city in the nation;

now, therefore, be it  RESOLVED, BY THE COUNCIL OF THE CITY OF PHILADELPHIA, That it hereby authorizes the Joint Committees of Streets and Services and the Environment to hold hearings on the feasibility of and benefits to the City of residential food waste recycling including its impact on, environmental quality, hunger prevention economic savings and job creation. 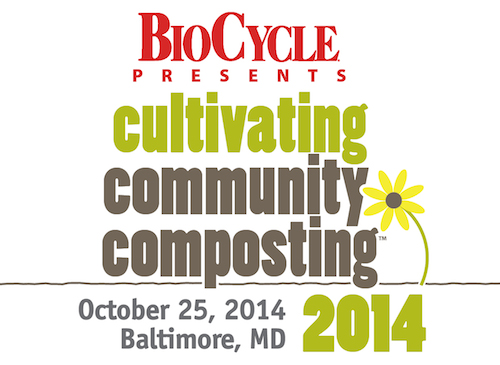