Now that the fight over federal funding to expand broadband access has been largely settled with the passage of the American Rescue Plan Act (ARPA) and the Infrastructure Investment and Jobs Act (IIJA), states and local communities are preparing to put those funds to work.

The Biden Administration had initially hoped to tip the scales in favor of building publicly-owned broadband networks as the best way to boost local (more affordable) Internet choice, and inject competition into a market dominated by monopoly incumbents. And while the Treasury rules on how Rescue Plan money can be spent does give states and local governments the ability to do just that, the rules for how the IIJA’s Broadband Equity, Access, and Deployment (BEAD) program can be spent have yet to be finalized by the National Telecommunications and Information Administration (NTIA), the agency in charge of allocating those funds to the states.

Predictably, the big monopoly incumbents are focusing their lobbying efforts on state lawmakers as states funnel those federal funds into state broadband grant programs. In some states, Big Telco is getting the desired result: the shunning of publicly-owned network proposals to shield monopoly providers from competition. Of course, we expected some states – especially those with preemption laws that either erect barriers to municipal broadband or outright ban such networks – to shovel most of their federal broadband funds to the big incumbents, even though they have a long track record of over-promising and under-delivering.

But while we might expect Florida and Texas to favor the private sector and stealthily move to shut out projects that are publicly-owned, we’re surprised that the first place it’s happening is actually Illinois and New York.

As recently detailed by Kevin Taglang, Executive Editor at the Benton Institute for Broadband & Society, the bill is “rumored to be on a fast track to approval and attempts to establish the exclusive processes the state will use to distribute grant funds Illinois receives from the National Telecommunications and Information Administration (NTIA) through the Infrastructure Investment and Jobs Act. Although SB 3683 includes some of the same findings that Congress included in the Infrastructure Investment and Jobs Act, State Senator Joyce proposes constraints on the use of federal funds that fly in the face of the clear language of federal law.”

So it shouldn’t come as a suprise that, according to the bill summary, the state’s Department of Commerce and Economic Opportunity would be tasked with implementing a statewide broadband grant program that proposes the state “shall use money from the grant program only for the exclusive purpose of awarding grants to applicants for projects that are limited to the construction and deployment of broadband service into unserved areas” and that the state “shall not award grant money to a governmental entity or educational institution.”

That language alone validates Taglang’s assessment that this bill is a recipe for “How a State Can Blow a Once-in-a-Generation Investment to Close the Digital Divide.”

While the IIJA doesn’t have a preference for publicly owned and cooperative projects (as the Biden Administration initially wanted), it does explicitly say that states cannot exclude cooperatives, nonprofit organizations, public utilities, or local governments from being eligible as grant recipients.

For that reason alone, as Taglang notes with blunt concision:

If Illinois adopts this law, it risks losing access to over one billion dollars of federal support for broadband deployment.

The federal infrastructure bill also says the money can be specifically used to build-out to multi-dwelling units where Internet service affordability is an issue and to community anchor institutions such as educational institutions, which the proposed Illinois legislation would expressly forbid.

It strains credulity to think that State Sen. Joyce and the 14 other state lawmakers who have signed on as co-sponsors do not know that provisions of their bill run counter to the clear language in the IIJA. (To understand how NTIA can navigate this challenge, don’t miss our interview with Nancy Werner, general counsel of NATOA).

What these state lawmakers are likely not telling their constituents is that if their bill passes, the state will jeopardize hundreds of millions in federal funds to improve broadband access and leave them at the mercy of monopoly providers that have failed to deliver universally reliable (and broadly affordable) high-speed Internet service.

You can read Taglang’s entire analysis here in which he explores the various other ways SB 3683 violates both the spirit and letter of the IIJA.

In the Empire State, legislation is making its way through the New York state legislature that, while not openly violating Congressional intent the way the legislation introduced in Illinois does, it does potentially limit the viability of municipal broadband projects.

In the state Senate’s Transportation, Economic Development, and Environmental Control portion of the budget (S. 8008 B), subsection 140, paragraph (e), it directs the New NY Broadband Grant Program referred to as ConnectALL to “identify and engage any and all private partners to undertake and manage the proposal, or demonstrate to the division’s satisfaction that a private or private-public partnership model is not viable, practical or suitable to meet the needs of the consumers covered by the proposal.”

Then in subsection 141, paragraph 7(a), it stipulates that “in awarding the grants, the division shall give preference to: (a) proposals that have a business plan based on a public-private partnership model or provide a mechanism for transition of services to a private entity in the future.”

We are not lawyers, but we have spoken to community broadband advocates in New York who see these bits of legalese as a Trojan horse that would make it difficult to fund municipal broadband proposals with these unnecessary obstacles in place.

Now, in fairness to the New York state senators working on this, there is language in the bill that explicitly states that the ConnectALL program is authorized to use broadband grant funds “to solicit and receive proposals from municipalities, state and local authorities,” and other public entities for “open-access deployment and/or increasing adoption of broadband services, and to issue grants for planning and implementation of such proposals.”

So it may be that harried lawmakers and their staff do not understand the implications of those particular provisions. However, considering the outsized influence that Charter and Verizon has historically held over state lawmakers in New York, the subsections referred to above should be considered a red flag.

In our view, it is better to err on the side of clarity, and conform with both the letter and spirit of NTIA’s rules. If Charter or Verizon afterwards want to spend the wealth they’ve extracted from communities suing the state for supporting a municipal broadband project designed to solve local connectivity problems, they are welcome to do so.

It’s also worth noting the flawed premise of the bill’s language in those subsections, which is that privately-owned networks are the same as publicly-owned networks. That’s demonstrably false.

Take Chattanooga’s municipal utility EPB Fiber, for example. Because they successfully built a citywide fiber network that has kept those investment dollars in Chattanooga, the city was able to establish HCS EdConnect, which is a program that provides a decade worth of 300 Mbps symmetrical fiber-to-the-home connectivity to over 15,000 low-income students (8,500 households) in the city’s school district for free. This is in addition to the $2.7 billion return on investment already identified by an academic study. Chattanooga’s EPB Fiber uses the same gear and vendors that many of the big monopolies do.

The reason for the difference in outcome is simple: large monopoly and local publicly-owned Internet Service Providers have different incentives. The monopoly providers are looking to extract wealth from communities. Publicly-owned networks are more like roads or water and sewer systems with no demand that the enterprise turn a profit. In the community broadband approach, broadband is seen as a utility with far-reaching economic and social multiplier effects, not a mere consumer product to be sold for the benefit of company shareholders.

Keep An Eye on State Legislatures

If Democrats are pushing these bills in Illinois and New York, we’ll be surprised if no other states suddenly emerge with language to slow investment in new networks designed to meet low-income family needs or solve other pressing challenges in areas where the big monopoly providers prefer to continue being the only game in town. 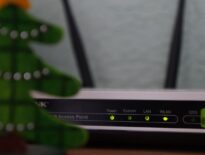 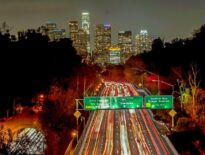