As states are considering whether and how to use federal CARES Act funding to improve Internet access, Idaho is poised to enact counter-productive limits on who can use that money by excluding community-owned solutions.

Though many states have been under pressure from big monopoly providers to only fund for-profit business models with broadband subsidies, those voices seem largely absent in this Idaho fight. Instead, it is some local monopoly providers that are threatened by a wave of new community networks that break the old monopoly approach to broadband networks.

Shock and Aww, Come on

As Idaho began considering how to spend its CARES Act funding, it took comments from a variety of stakeholders on how to achieve the state’s broadband goals. That process suggested an inclusive, open-ended approach that could help fund a variety of efforts that would improve resilience in a variety of ways — not just new connections to homes.But when the Department of Commerce stepped up to operationalize those goals into a matching grant program, something came off the rails. The state is taking comments this week from Idahoans on an approach it unveiled Tuesday evening. View the draft grant application and rules.

This draft grant application goes through contortions to give the CARES Act money to private companies. The only entities that can apply are governments, including sovereign tribes, local governments, or Idaho state agencies. But they are purely a pass-through — the money must go to a private company per rule IV of eligible projects: “Include only new broadband service, installed, owned, and operated by for-profit companies and not the applicant.” Requiring the networks to be built and operated by for-profit entities runs counter to the suggestions of many stakeholders who discussed how this money should be spent. Non-profit business models run by cooperatives have been essential to expanding the highest-quality Internet access in Minnesota, the Dakotas, and Montana, as we have demonstrated in our report, Cooperatives Fiberize Rural America.

The CARES Act itself gave $100 million to the Department of Agriculture’s ReConnect program, which is explicitly eligible to both non-profit and for-profit models, whether from tribes, local governments, cooperatives, or private companies. The point is to fund the best possible networks to serve rural businesses and residents, not to prop up specific business models.

The Idaho Department of Commerce will decline applications that propose any investment in areas where more than 50% of households have access to broadband service. As most have long been aware, there is no accurate database of where broadband exists in the United States, and existing Federal Communications Commission (FCC) data broadly overstates coverage. This funding is supposed to encourage resilience, which may include public safety networks or free Wi-Fi access points in areas that could be in areas that the FCC erroneously considers well-served.

Even in areas that can subscribe to the minimum definition of broadband, people may not be able to afford the existing access. This money should be eligible to extend those families a lifeline, during and after the pandemic.

Furthermore, the networks built with this money would only have to provide a minimum of 25/3 Megabits per second. That is the minimum speed for broadband set more than five years ago by the FCC, but it will not be adequate for future connectivity needs.

The Real Fight? Competition and Choice

This is where we ordinarily point the finger at the power of out-of-state large corporations like CenturyLink. But everything we have heard about CenturyLink in rural Idaho is that they have been trying to work with communities and have not been involved in efforts to stop municipal networks in the state.

Idaho and northern Utah are leading efforts to change the monopoly broadband network model. Utah’s UTOPIA has long been the nation’s most famous open access network — a model where the network is owned by a local government but it does not offer services to residents or businesses. Instead, the network is open to multiple Internet service providers to create a thriving marketplace for innovation and choice.

Ammon, Idaho, has also been at the forefront of this model, changing how it is funded and bringing more innovation directly into homes and businesses, who can now change Internet providers with the click of a button in less than a minute. View the video below to learn more about Ammon’s innovative fiber network.

Many Idaho communities have embraced this model of building a network to create a real broadband market, giving people more choices locally than in almost any major U.S. city. Idaho Falls is working with UTOPIA while Emmett, Mountain Home, McCall, and the Idaho Broadband Cooperative are building on Ammon’s model. This is a major threat to the business model of some local and regional monopolies that themselves have struggled to meet the needs of their subscribers.

Prior to the pandemic derailing state legislative sessions around the country, Idaho was considering a proposal that would have imposed new barriers to stop municipalities from building community-owned networks. There again, the main group that was seeking to limit broadband investment and competition appears to have been some local monopoly telephone and middle-mile operators in league with the regional monopoly cable operators.

Now those same groups are trying to hijack the CARES Act funding to make sure that they — and their monopoly business models — are the only ones eligible to spend these federal taxpayer dollars meant to help communities become more resilient and better deal with the pandemic.

Many states have had to deal with large out-of-state providers dominating the political process even as they systematically refuse to invest in the networks needed by local businesses and residents. It would be frustratingly ironic if Idaho embraces taxpayer subsidies to local monopolies rather than nourishing the market-driven approach that its own communities have been embracing. When government subsidies are needed, they should be used to develop markets wherever possible.

We are not calling for Idaho to give all of the CARES Act to these community networks in Ammon and elsewhere that encourage real competition and innovation. Idaho, like all states, will require a mix of business models and ownership types to connect everyone. But Idaho would be foolish to put all of these taxpayer dollars into for-profit monopolies, even if they are local. 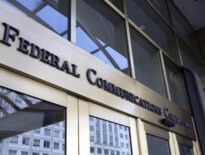 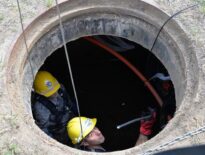 MuniNetworks Maine Asks Voters About New Funding for Internet I…