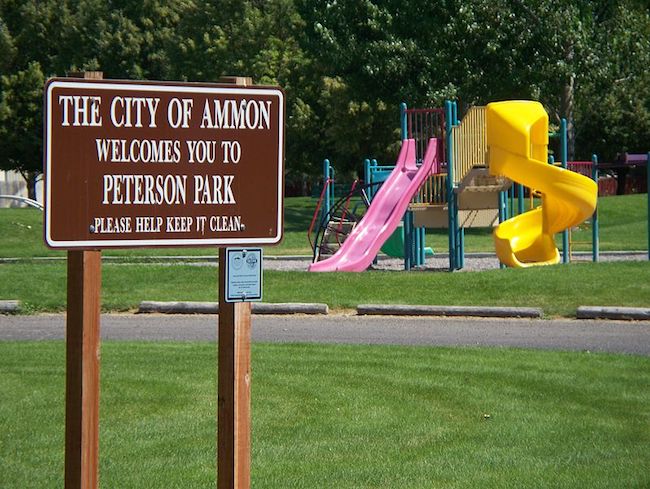 Ammon, Idaho’s open access software defined network has earned accolades from industry experts and been hailed as a model approach for other communities. It has been praised for serving the community, providing reliability, and offering affordable options. Amid news of expansion, the positive effects of competition via the publicly owned network have recently flashed across news and social media. People who don’t live in the Idaho city are shocked to learn how affordable high-quality Internet access can be.

In March, City of Ammon Fiber Optics began to deploy in the city’s Bridgewater neighborhood, where they expected to connect around 300 of the potential 500 subscriber households with this particular expansion. Three more neighborhoods are lined up for expansion this summer and into the fall.

The city provides several options for residents in Ammon, including the Local Improvement District (LID) approach, to finance expansions of the infrastructure. Their method allows the community to continue to build the network without borrowing or bonding. Community members within the boundaries of the project area can sign up at the beginning of the process to pay for connecting over a 20-year period. If they decide to pass initially and connect later, they must pay the connection fee out of pocket. In 2018, the city of Ammon developed this explainer video:

If people want to pay the full connection fee all at once, they have the option to do so, but many people choose to pay through the LID. Connecting to the networks usually costs between $3,000 – $3,500. Groups of neighbors come together to create the LIDs because deploying in an area where there are multiple homes interested in connecting to the network is less expensive than a single home connection. The more property owners who opt in to connect to City of Ammon Fiber Optics, the lower the cost is to every one who wants to connect.

To most people, connecting to the Internet means a bill from an Internet access company such as Comcast or AT&T. Subscribers who obtain Internet access from large corporate ISPs often complain about confusing monthly bills with charges that they don’t understand, but rarely do the national ISPs address those concerns.

When Ammon learned that people in the community might be confused about how to connect and what monthly fees they would pay, City of Ammon Fiber Optics scheduled a public meeting to address any misinformation. According to the Post Register, “a few dozen” people attended the meeting and many of them asked questions related to the costs to connect and to sign up with Internet service providers.

Ammon’s SDN network offers a range of services, including four options for Internet access to residents. The presence of competition in Ammon has helped keep local prices reasonable, with average rate for symmetrical 100 Megabit per second (Mbps) capacity service at around $10 per month. On the City of Ammon Fiber Optics FAQ page, the city provides a price break down:

This is an estimated monthly breakdown we’ve come up with to show you what the average cost looks like. Keep in mind, the installation fee is paid annually (or all up front lowering your average monthly cost) and we are just showing an average estimated cost per month. Depending on the installation cost of the project and the service you choose, the cost may differ.

FyberCom, one of the ISPs offering service via the network, offers free basic Internet access at 15 Mbps FyberCom’s service is below the FCC-defined definition of broadband of 25/3 Mbps, but for people who don’t use many devices simultaneously, send large files electronically, or aren’t interested in applications such as gaming, the service suits their needs.

Recently, Ammon Mayor Sean Coletti tweeted about the super-affordable rates derived from the city’s open access investment. The Register caught on to the tweet and pointed out that, while customers need to pay for installation and maintenance to the city, getting broadband from City of Ammon Fiber Optics is still a better deal than buying it from AT&T:

For example, AT&T offers “speeds up to 100 Mbps” in California for just $40 a month, according to its website. There are a few caveats though.

•It doesn’t mention the fact you will likely have to “rent” its equipment to get the service.

In fact, AT&T offers what looks to be an identical service right next to that $40 a month service for $60 a month – the only difference being no data cap. The actual real cost that consumers will end up paying over the year of the contract is around $90 a month once everything is included.

As Mayor Coletti points out, it’s providing a place for the competitive market to operate that brings great prices and service to folks in Ammon:

“We don’t interfere with any decisions to raise or lower service prices. We’ve just watched as it has fallen. These are insane prices. They may be the lowest in the whole country. We believe in a market-driven economy on this system. That’s the magic that we’ve created that hasn’t been available before,” Coletti said.

Cat Blake from Next Century Cities tweeted a screen shot of the multiple options subscribers have when they connect to the city’s fiber network: “The beautiful thing about the marketplace is that you don’t have to install a completely different wire to your home — you have all of these choices on one wire. That’s why we feel this is the future,” Patterson said. “We have truthfully separated the cost. That fiber really belongs to that property owner, it increases the value of their home, and they should be able to decide what’s on it. The reverse of that is the traditional model, where the operator owns the wire, and they say what’s on it and if you want someone else, you have to have another wire run to your home, and that’s the only way to get another choice.”

Check out our video that described the way their network encourages competition and the resulting benefits:

Learn more about the network and how Ammon developed the open access SDN by listening to our podcast episode 86:

Photo of Peterson Park in Ammon by Sociotard [CC BY 3.0] 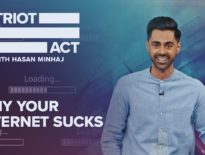 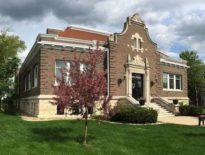