The Hudson Clock Tower is the most recognizable landmark in the City of Hudson. The 44-foot tall Romanesque-style brick structure was gifted to the city over a hundred years ago by James Ellsworth, a millionaire who considered it a symbol that the time had come to modernize the city’s infrastructure having “watched the town he had grown up in, fall into disrepair.”

Now, this city in northeast Ohio, 15 miles north of Akron, is reviving the public-minded spirit of Ellsworth as it looks to modernize its telecommunications infrastructure through a public-private partnership that would expand the city-owned municipal fiber network, which now only serves part of the city, to reach all 22,000 residents who call Hudson home.

In mid-October the city issued a Request for Proposals in which “all models of network ownership will be considered (that) may either incorporate the (existing city-owned) Velocity Broadband network within the proposed network or may focus on the development of a network completely independent from Velocity Broadband.”

Proposals from prospective Internet service providers are due by Dec. 2.

Velocity Broadband and Then Some

Velocity Broadband was created in 2015 to primarily serve the city’s businesses. In the years since, the city-owned and operated network began offering residential service to a limited number of homes located along the network’s existing fiber path.

Today, Velocity Broadband enjoys a 50 percent take-rate as it serves over 450 business and residential subscribers. The network generates nearly $1 million in revenue each year that covers all operating expenses and debt service, leaving the city with an annual net profit of $150,000.

But, as noted in the RFP:

Although the city already owns and operates its own fiber service in the form of Velocity Broadband, there is still a significant need within the community for access to fiber within residential areas. Currently, over 72%, or 5,569 Hudson residencies, do not have access to fiber. In these areas, residents are limited to just one or two providers. These providers are not fully capable of providing modern, symmetrical, services on their existing infrastructure to all residential units in the community.

Therefore, the RFP notes, “respondents will need to demonstrate how they are capable of providing ubiquitous fiber service to all residential homes and properties.”

The city manager resigned in February of 2022, which one city councilor suggested was tied to a dispute over the city’s spending priorities that included funds used for Velocity Broadband. Now, city leaders are moving forward with plans to expand fiber service across the entire city, which encompasses 25 square miles and includes 193 miles of roadways.

The goal is to enable city-wide access to fiber service but the RFP makes clear that city officials are seeking a partner who can leverage the existing Velocity Broadband network and assets to serve as the backbone for a larger city-wide network that would be operated and managed by a private provider.

Meanwhile, winning proposals will be required to offer “a performance bond to complete the project within a specified timeframe (currently estimated at three years). The bond will provide the city the right to call upon the surety for funds to complete the project in the event the successful respondent and its contractors and subcontractors fail to do so during that time period.”

The bond amount will be determined and “agreed upon by the parties based on the ultimate size and nature of the project,” the RFP states.

The RFP then goes on to detail other specific requirements the city is looking for in proposals, which include:

With proposals due when the Hudson Clock Tower strikes the end of business on Dec. 2, the current plan is for city staff to begin evaluating proposals so they can have a recommendation to the city council by January 10, 2023 in the hopes of executing a contract by February 15, 2023.

Ultimately, once the network is up and running, city leaders want residents and businesses all across the city to be as happy with the new service as current Velocity Broadband subscribers are now.

“The increased Internet performance is night and day, but the customer service is even better. The level of service we’ve received is unparalleled,” Hudson resident and co-owner of the Yoga Lounge & Barre Leba Lualdi says of her current Velocity Broadband service.

That kind of sentiment, grounded in lived experience, is not the kind of news the Big Telecom providers want local communities to know, as evidenced by the industry’s astroturf campaign that has recently reared its head in Hudson through front groups such as the “Alliance for Quality Broadband.”

On the city’s LinkedIn page, city officials alert its followers of a recent Alliance for Quality Broadband article that “states incorrect and misleading information about Hudson’s Velocity Broadband as ‘fact.’”

“The real facts are that Hudson’s Velocity Broadband was initially created as an economic development tool for businesses that expressed dissatisfaction with their current internet suppliers,” the city’s post goes on to explain, noting how “financially, Velocity has been working in the black since 2019, and it continues to be a very viable business endeavor that is welcomed by Hudson residents and businesses alike.”

It’s just the latest example that illustrates the lengths the big monopoly incumbents will go to use misinformation to persuade unsuspecting citizens that community-driven efforts to solve the digital divide or improve inadequate broadband service in their communities is a supposed recipe for financial disaster that will leave local taxpayers on the hook. 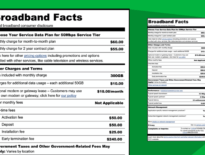 MuniNetworks Following Through on Transparency: A Broadband Nut… 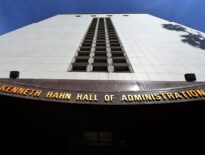