One of the most significant, but least noticed, consequences of the rapid and dramatic consolidation of the banking industry over the last decade is how much it has hindered the U.S. economy’s ability to create jobs.

To begin to understand this, take a look at each end of the banking spectrum. On one end are the nation’s 6,900 small, locally owned, community banks. These institutions control $1.4 trillion in assets. That’s 11 percent of all bank assets. They currently have $257 billion in loans to small businesses and farms on their books.

On the other end, four giant banks—JP Morgan Chase, Bank of America, Citibank, and Wells Fargo—now command $5.4 trillion in assets, or 40 percent of the total. Given that they are nearly four times as large as all local banks combined, one might expect that they would have made four times the small-business loans, or about $1 trillion. In fact, these banks have a mere $85 billion in small-business and farm loans on their balance sheets.  (See this graph.)

Why do giant banks make so few small-business loans? Automation is the short answer. The only way these sprawling institutions can function efficiently is by taking a mass production approach to lending: Plug credit score, income, and appraisal into the computer—out comes the loan. That’s why the mortgage business was supposed to be so safe. The economic meltdown of 2007 shows that it’s actually very risky.

Small-business loans are not so easily mechanized. Each is a custom job, requiring human judgment to evaluate the risk associated with a particular entrepreneur, a particular business plan, and a particular market. Community banks excel at this. Their lending decisions are made locally, informed by face-to-face relationships with borrowers and an intimate understanding of their hometown economies. Big banks, whose decision-making is long-distance and dictated more by computer models than judgment, are pretty bad at it. So they don’t make many small-business loans.

It’s no wonder, then, that unemployment has been so persistent. Our financial system is top-heavy with big banks that are scaled to meet the needs of large multinational corporations. The Commerce Department estimates that U.S.-based multinationals have eliminated 3 million American jobs over the last decade. Meanwhile, small businesses, historically responsible for about two-thirds of new jobs, have found it harder and harder to obtain credit.

In short, we have a financial system that is mismatched to the economic needs of American communities. This mismatch will become more acute as we attempt to transition to a carbon-efficient economy, which, by its very nature, will be the domain of small-scale enterprises: local food producers, community-owned wind and solar electricity, neighborhood stores that provide goods within walking distance of homes, and so on. To take root, these businesses will need a robust array of community-based financial institutions capable of meeting their capital and credit needs.

There’s no single solution to the thorny problem of how to restructure our financial system, but one of the most promising strategies involves creating state-owned banks that can bolster the lending capacity of local banks, helping them grow and multiply.

North Dakota is the only state, so far, that has a publicly owned bank. Founded in 1919, the Bank of North Dakota (BND) was a populist response to dynamics similar to those we face today. The state’s struggling farmers, tired of being at the mercy of powerful out-of-state financial interests that controlled the availability and cost of credit, decided they needed a bank better aligned with their own interests.

BND is wholly owned by the state, which deposits all of its money, except pension funds, with the bank. BND does not compete with local banks; it does not solicit retail banking business and has no branch offices or ATMs.

Instead, BND partners with local banks to expand their lending capacity. Much of BND’s $2.8 billion loan portfolio consists of “participation loans.” These are business loans originated by local banks, which then invite BND to finance a portion of the loan (and share part of the risk). This enables local banks to make more loans and maintain more diverse portfolios.

Thanks largely to BND, North Dakota has a more robust community banking network than any other state. It has 35 percent more local banks per capita than South Dakota and four times as many as the U.S. average. Small local banks account for 60 percent of deposits in North Dakota, compared to only 16 percent nationally.

Over the last decade, lending by North Dakota’s local banks has averaged about $12,000 per capita (plus about $2,400 in participation lending by BND), compared to just $3,000 for community banks nationally.  (See our graphs.) BND has also enabled local banks to maintain a higher loan-to-asset ratio than their counterparts in other states, which means they devote more of their assets to productive lending, rather than safer holdings like U.S. securities.

Although BND has some loan programs that accept a higher risk or lower return to meet specific economic objectives, such as its Beginning Entrepreneur Loan Guarantee Program, the vast majority of its lending decisions are made on a for-profit basis. It participates only in loans that make economic sense. As a result, BND has pumped $300 million in profit into the state’s general fund over the last decade. (In a state like Illinois that has a population of 13 million, the equivalent return would be about $6 billion.)

Inspired by the North Dakota model, activists and small-business owners in more than a dozen states, including Oregon, Maine, Massachusetts, Montana, and Washington, backed bills this year to create state-owned banks. Although none of these bills passed on the first round, they did pick up a remarkable amount of support from lawmakers, given how unfamiliar most people, including most local bankers, are with BND.

To help educate lawmakers and counter misinformation put out by big-bank lobbyists, the Center for State Innovation has produced several reports analyzing how a public bank would function in various states. Its analysis of Oregon, for example, concluded that a state bank would help local banks expand lending by $1.3 billion, leading to 5,391 new small-business jobs in its first three to five years.

Many of these states, and others, are likely to take up the state bank idea again in the coming months. Although opponents like to suggest that these proposals would simply create yet another (unnecessary) state loan fund, the real power of a state bank lies not so much in its own lending, but rather in its capacity to support local banks and remake the financial landscape to better meet the needs of small businesses and communities. 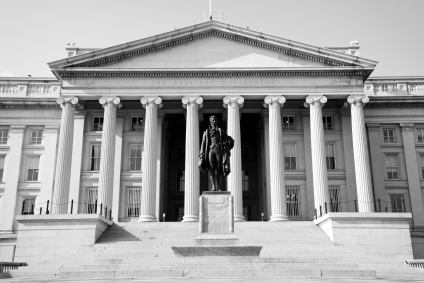