I spent the past two weeks saying goodbye to my father, Jim Farrell, so instead of my usual discussion of good policy and practices for distributed renewable energy, I’m taking time to explore how my dad’s work on sustainability fits  with how I approach it in this blog (and elsewhere) in my work for the Institute for Local Self-Reliance.

My dad was a professor of American History and American Studies at St. Olaf College, in Northfield, MN (where I did my undergraduate work).  He wasn’t a lobbyist for environmental policies or a political activist, but in his courses on “Disney’s America,” “the Mall of America,” and “Environmental History,” he helped thousands of students and colleagues understand their everyday lives as “political actions.”  For example, in an essay he wrote on air conditioning, he explains how this 20th century technology undermined hundreds of years of cultural conditioning that helped humans stay cool with a smaller environmental footprint:

Air conditioning is a simple technology that replaces the complex cultural conditioning that taught primitive people–like our parents and grandparents–how to deal with heat.  Before air conditioning, people generally did not build cities in deserts.  In past times, in temperate climates, they planted trees or shrubs to shade their homes.  They used awnings to shield windows on the east and west side of buildings.  And, instead of cooling all of the spaces of the building, they used fans to cool the particular spaces that they occupied.  When indoor spaces became too hot, they sat on porches where the evening breeze brought some relief.  For work, they designed buildings with windows that opened.  In some cultures less obsessed with work, a siesta also served to keep people from the busy-ness of business during the hottest hours of the day.  Sometimes, too, people were simply uncomfortable.

In other words, accepting air conditioning (and many other conveniences) as a part of American life is an act that implicitly ignores the fundamental connection between a desire to condition our indoor air and conditioning our planet’s climate.

My dad made a practice of turning over the rocks of American everyday habits to find the underlying cultural expectations, and he was particularly concerned with how many prominent values in American society were at odds with environmental values.  For example, as Americans we tend to value cheapness, comfort, and convenience, three values (of 11 that he wrote essays on) that frequently increase rather than decrease our environmental footprint.

The result is that the “environmental movement” often has to work much harder to achieve significant change because it must either ignore these underlying American values or accommodate them.  In either case, it reduces our ability to find environmentally benign ways of living.

The Institute for Local Self-Reliance was founded with a similar notion, to expose how cultural norms about our economy  (e.g. bigger is better) often work against the actual interest of our communities.  We explore how big box retailing (Walmart and Amazon) undermine local businesses and how communities with vital local, independent businesses are healthier and wealthier.  We show how public ownership of crucial infrastructure (e.g. our connection to the internet) saves us money, strengthens our community, and reduces the control of large, remote corporations over our local economies.  We explain how locally owned and generated renewable energy (e.g. community solar or wind) – instead of utility-controlled, large-scale, dirty energy – allows us to accelerate our shift toward a sustainable energy system while keeping more of our energy dollars within our communities.

I use the word “we” liberally in the preceding paragraph because it seems inconceivable to address the enormous barriers to sustainability without tackling the cultural norms that reinforce waste, pollution, and externalizing costs.  Among these is the notion that we can eschew local control over our energy, information, and economic systems without losing control over the environmental impact of these systems.

One of the reasons I find ILSR’s approach both refreshing and rewarding is that the everyday work, at its heart, is about illustrating the power of communities to unite for their own well-being, and in particular, changing the rules to make it easier to do so again.  A couple of high school students helped organize a solar purchase cooperative in the Mt. Pleasant neighborhood of Washington, DC, that has now “solarized” 10 percent of the rooftops and created a political movement that is making it easier than ever to install local solar energy generation. A grassroots movement in Boulder, CO, has won a vote to boot the incumbent electric utility over its continued investment in large-scale, polluting energy sources (on their dime) so that they can create a utility of the 21st century, one that keeps energy choices and dollars in the community with locally generated renewable energy.

My dad said that he did not teach History, but rather, as he put it, he “taught students.”   Over 36 years (far too little time), he gave them tools and examples with which to challenge the messy environmental results of a consumer society (and his students have run with it).

ILSR is similar.  We don’t preach sustainability, but rather we arm citizens and communities with the tools necessary to chart their own economic and environmental future, one that is inevitably more focused on sustainability than anything we could have dreamed up.

It’s possible that my vision of this overlap between my dad’s work and mine is simply wishful thinking, since it’s not even been two weeks since he died and I’m still in search of answers.  But I find that as I learn more about my dad’s commitment to his work (I’m lucky in that he wrote an essay on it, called Some Thoughts I Have in Mind When I Am Professing), I share his sense of calling.  As he described it, his “vocation as a professor offers provocations to students following their own vocational paths.”  My vocation offers provocation to people, from the average Joe to activists to legislators, who see environmental work as their vocation; provocation to think about how local self-reliance is the key to enduring success.

I can’t say that I’ll be here for 36 years, but I relish the prospect of doing this work for some time.  And, for the time being, it seems to be my answer to the questions I posed at the end of my dad’s eulogy, taken from the poem A Summer Day by Mary Oliver:

Tell me, what else should I have done?
Doesn’t everything die at last, and too soon?
Tell me, what is it you plan to do, with your one wild and precious life?

How I Got Here 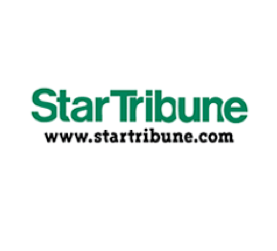 Energy Minneapolis could excel beyond Xcel 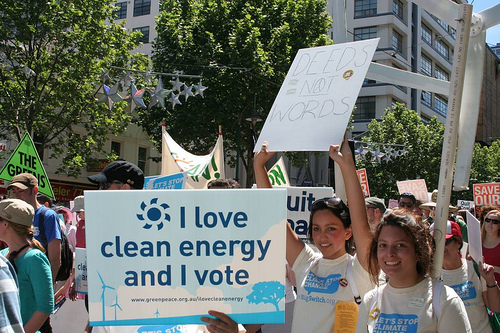