The Logan Journal recently reported that the Russellville Electric Plant Board (EPB) now offers gigabit service to local businesses. The article notes that Net Index, an online tool to measure download and upload speeds, recognizes EPB as the first Gig city in Kentucky. To learn more about the community and its network, we talked with Robert White, General Manager of EPB.

The community of 7,000 is the county seat of south central's Logan County. Russellville is located in the center of several other larger communities: Nashville, Bowling Green, Hopkinsville, and Clarksville, Tennessee. Manufacturing has been a large part of the local economy for generations, but community leaders recognize the vulnerability of a narrow economic base. In order to encourage a versatile economy, Russellville invested in its telecommunications utility.

The community wants to encourage small business while simultaneously providing manufacturers the connectivity they need. Leadership sees the ability to remain competitive directly tied to their network. In addition to the economic development opportunities a fiber network can provide, communities like Russellville rely on electricity revenue from large consumers. Retaining the large electric consumers that also provide jobs in the community it a must.

Russellville's electric utility created a strong advantage when it was time to venture into telecommunications. EPB had already established a strong relationship with its Russellville customers, says White, and locals felt they could trust their municipal electric provider.

EPB began offering wireless Internet to the community in 2005; at the time, there was very little choice for wireless or wired Internet. The product was competitively priced and it performed well for wireless service at the time but EPB eventually shifted focus to its next generation high-speed network. The wireless service is still available to customers who subscribed prior to the construction of the fiber network but EPB no longer offers it to new customers. Wireless speeds vary from 1-2 Mbps download and approximately 500 Mbps upload. The area now has several options from the private sector - Verizon and Bluegrass Cellular provide wireless up up to 10 - 15 Mbps.

According to White, Russellville's inspiration to build the network was not to compete, but to fill the services gap. He told us:

"We support Logan County residents having the best product. If that means us offering the product, that's fine. If it means the private sector will step up to the plate and serve the areas we can't serve…that's fine as well. We want our residents to be served, whether by us or an incumbent."

Larry Wilcutt, White's predecessor at EPB, began studying the possibility of a fiber network in 2007, but external forces motivated Wilcutt and EPB to seriously pursue the project a few years later.

In early 2010, EPB learned that its power supplier, the Tennessee Valley Authority (TVA), would switch to time-of-use wholesale rates and begin using smart grid technology by 2012. In order to participate in the new technology, EPB needed meters that could communicate with its electrical system operations. EPB installed fiber optics for Advanced Metering Infrastructure (AMI) and for future expansion into telecommunications. A News-Democrat & Leader article from October, 2010 (reprinted at MobilityTechZone.com) reported:

"The Board has been working on this project for over two years and we are extremely excited to finally start construction on this project. We want to provide the citizens of Russellville with a system that is second to none, one they will be proud of, one that will entice new investment in the community. Whether that new investment is in the form of capital, technology or people, we believe the City of Russellville and Logan County will benefit well into the future" Wilcutt said.

At the time, the best connectivity in Russellville was AT&T's DSL at 6 Mbps download. Satellite Internet was available but was unreliable, expensive, and maximum speeds were 1 - 2 Mbps download.

The community was also starved for quality video service. Suddenlink did not offer HD channels and made it clear that HD service was not planned for Russellville. Large corporate providers had no interest in Russellville so EPB felt it was time to take control of their own connectivity.

Construction of the 99% aerial, 120-mile network began in October 2010; EPB began offering services in December 2011. White presented the results of an audit in November 2013 to the City Council showing that 8% of EPB's total revenue came from its broadband division. The audit also showed that the network was ahead of its projected take-rate with 1,300 active subscriptions out of 4,000 passed homes.

The network capital costs were approximately $11 million with approximately two-thirds designated for electrical system expenditures. In 2010, the American Recovery and Reinvestment Act (ARRA) offered Build America Bonds (BABs), some of which provide federal subsidies to help communities pay back interest to bondholders. BABs, backed by electric system revenue, provided funding for the entire project and contributed to interest expenses.

EPB offers services to every home and business in its service area and hopes to expand further. They expected video to be the lead product, but  Internet service is the most popular. White considers the lack of high-speed Internet in the region the driving force. The commercial gigabit product is new and no customers subscribe yet but local businesses take advantage of the fiber network. One local contractor tells White he enjoys the ability to share documents and bid for projects online without fear of technical glitches. When he used unreliable DSL connections to transmit data, he was perpetually concerned about deadlines and the status of data sent via DSL.

Local public safety agencies, the local library, Russellville City government, and Russellville Independent Schools now use the network. EPB and the Logan County Schools may soon be working together. In addition to providing much needed connectivity to the community, the network provides an increased stream of revenue. EPB submits a payment in lieu of taxes (PILoT) to county and city governments based on electrical and broadband services revenue. As EPB gains customers transitioning away from satellite video service, its contribution to the City increases; satellite providers do not pay a franchise fee to Russellville. At a July 2010 City Council meeting, EPB expected broadband services to add approximately $25,000 in PILoT within the first five years. EPB also pays a separate and voluntary video franchise fee to the local municipality.

These days, White and EPB are concentrating on raising awareness of the commercial gig product and service to residents. To spread the word, EPB holds regular workshops for the community to explore ways to maximize the the network's possibilities. Commercial gig service is available for $1,499.95 per month.

White and the EPB understand that the private sector must make decisions based on returns. In the case of this publicly owned network, some key returns take the form of benefits to the community. Since EPB lit its network, White and his crew often hear from customers who rave about their service. White says:

"They hate to pay electric bills but they say getting superior broadband services from EPB is all worth it."

For Chris' recent interview with White, check out episode #82 of the Broadband Bits podcast. 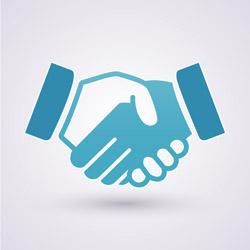