He Who Has the Gold Rules

There’s an ominous trend threatening our civic and cultural health. It is an inevitable result of the increasing concentration of print and electronic media into megacorporations. And it reinforces the basic law of money and politics.

Before the tobacco giant RJR Nabisco purchased the Weekly Reader, which reaches 8 million schoolchildren, 62 percent of their tobacco articles had an anti- smoking slant. After the purchase this dropped to 24 percent.

Jim Hightower, the witty, folksy former Agriculture Commissioner from Texas, has been hosting a call-in talk show for the past couple of years. By last summer he was in 150 markets. The show boasted 2 million listeners. Then ABC merged with Disney and Capital Cities. Hightower, bless his ever loving populist heart, related to his listeners Disney’s practice of replacing its full time workers at Disneyland with contract labor, recruited from a homeless shelter. He also attacked ABC TV for “bending down and kissing the toes” of Philip Morris.

As journalist Eric Alterman reports in The Nation, ABC stopped trying to sign up new stations for the show. In September ABC canceled the show without notice. ABC insists the show was not producing sufficient advertising revenue. Hightower points out that the show would have been very profitable if it had been permitted to accept $250,000 worth of union ads. But ABC would not accept those ads because they constituted “advocacy”. Would ABC have accepted ads from Forbes magazine with Steve Forbes talking about the end of government while flying around in his plane, The Capitalist Tool? To ask the question is to answer it.

Recently, T.V. Guide published a cover story, “The Best Show You’re Not Watching.” It referred to a low rated t.v. program, Party of Five. T.V. Guide is owned by Rupert Murdoch. He also owns the Fox Network, which shows Party of Five. The same week the TV Guide ran its cover story, the New York Post and WNYW-TV, both owned by Murdoch, ran news stories that made a very big deal about actor Carroll O’Connor’s joining the cast of Party of Five.

Other media outlets were furious. “[The situation] raises a question about sensitivity and conflict of interest,” sniffed New York Times media reporter Bill Carter. NBC’s West Coast President Don Ohlmeyer fired off a scathing letter to TV Guide Editor-in-Chief Steven Reddicliffe, saying that it appeared that the magazine’s new editorial policy was “to advance the position of Fox Broadcasting.”

Are you surprised Mr. Reddicliffe and Mr. Carter? You’d think NBC would have learned by now the lesson of the piper and the tune. Last year its CNBC cable channel was excluded from TV Guide’s listings, even though it had more than 50 million subscribers while Mr. Murdoch’s Fox channel, with less than half as many subscribers, was listed.

Last month Fortune magazine informed its readers that presidential candidate Steve Forbes tells the reporters of Forbes magazine to go easy on potential advertisers. Few paid much attention to the charge. Not because it was wrong but because the practice may be becoming commonplace.

Two weeks ago Congress passed a piece of legislation that will affect every one of us. The telecommunications act will allow for the most concentrated ownership of media in American history. Except for people on the internet, most of us didn’t know the radical nature of the bill until it passed. Why the media blackout? “It’s self censorship,” says Edward Fouhy, veteran senior news producer and executive who has worked at CBS, NBC and ABC.

Since the major media are becoming mere tunesters for their owners, we the citizens need to support those alternative newspapers and magazines with journalistic integrity. Look for them at your independent bookstore. As for radio and t.v., we still have the opportunity to fight to preserve public stations and make them accountable to the public. For in this case it is the people who pay the piper. And if we do not call the tune, this week’s announcement that we are now watching The Mobil Masterpiece Theater may portend next week’s announcement that we are watching the Corporation X Newshour on public television.

He Who Has the Gold Rules

Energy The Economic Efficiency and Pollution Prevention A… 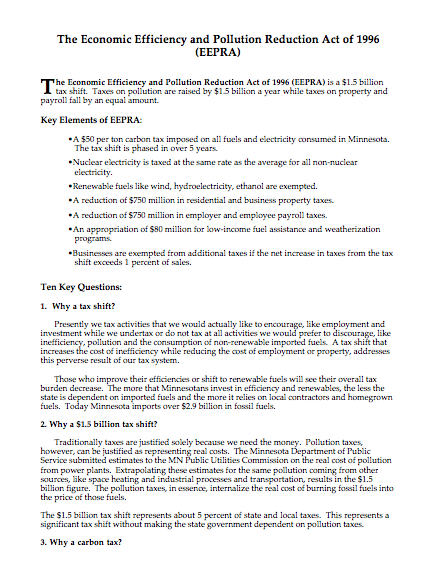