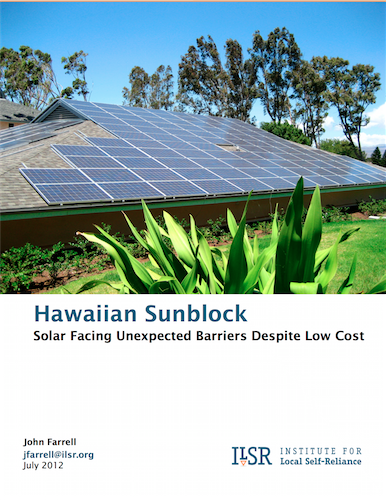 First in the U.S., Hawaii residents and businesses can install solar power – without incentives – for less than the cost of grid electricity.  But as local Earthjustice lawyer Isaac Moriwake notes, “the gates of heaven do not open just because solar is cheap.”  Instead, a number of unexpected barriers have kept the solar market from to its full potential or growing as quickly as it might.  ILSR’s new report, Hawaiian Sunblock: Solar Facing Unexpected Barriers Despite Low Cost, explores these barriers and how Hawaii’s experience might provide valuable lessons as the cost of solar makes it competitive across the country. 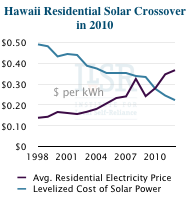 An island state reliant on imported oil for 83% of its electricity generation, Hawaii has become the pioneer for solar grid parity in the United States.  It had an early commitment to solar power in the name of energy independence and state energy mandates and incentives encouraged the development of more solar power.

A rapid rise in the price oil and a rapid decline in the cost of solar have suddenly removed the economic barrier to solar, but like a receding tide, it has also uncovered unexpected and previously hidden barriers.

With abundant sunshine and falling solar costs, solar power in Hawaii can pay back in a remarkably short time.  Since 2010, electricity from solar has cost less than electricity from the utility, with the gap steadily growing.  Without any incentives, an investment in a residential solar project pays back in just 10 years while adding significant value to the property.  Adding in federal and state tax credits reduces that payback period to 5 years.  Payback periods for commercial solar are even better, thanks in part to federal accelerated depreciation. 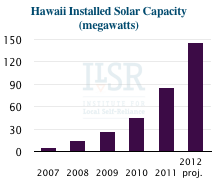 A combination of economics and policy has led to a surge in solar installations.  Installed capacity in Hawaii rose from 25 megawatts (MW) in 2009 to over 85 MW in 2011, and forecast to reach nearly 150 MW by the end of 2012.

Although the economics of solar suggest no end to its potential, there are a number of logistical and technical limitations that have become a concern:

Hawaii may be first, but in the next decade 100 million Americans will live in metropolitan areas reaching solar grid parity.  The lessons from Hawaii will provide useful context for policy makers from San Diego to New York City to Phoenix.  Will cheap solar open the floodgates or will poor policies and reluctant utilities hold it back?  The Aloha State may provide the answers.

Get email updates on our energy work! 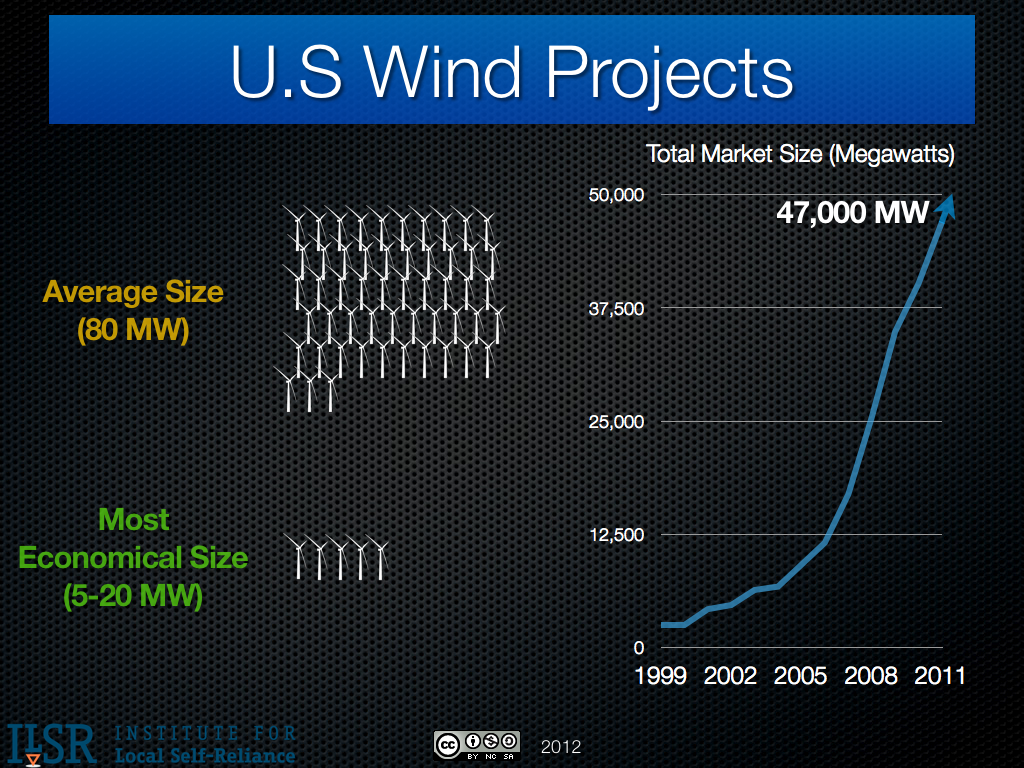