Washington, D.C. (July 15, 2020) — The Institute for Local Self-Reliance (ILSR) has published the first-ever comprehensive guide for state and local policymakers and activists seeking to combat the increasing power of corporate monopolies. More than ever, as states and cities contend with the devastating economic fallout from the Covid-19 epidemic, fighting concentrated corporate power is a crucial strategy to reassert a basic fairness into the American political and economic system.

Called Fighting Monopoly Power: How States and Cities Can Beat Back Corporate Control and Build Thriving Communities, the guide is aimed at the state and local officials who find themselves on the front lines of the problems caused by excessive concentration — from the lack of good jobs to unaffordable prescription drugs to dying small businesses to the digital divide. ILSR’s new report lays out how leveraging state and local power to fight monopolies will create more and better jobs, help working families get ahead, and make our economies more diverse and resilient.

“States were America’s first trust-busters, and with the federal government’s unwillingness to take action against today’s monopolists, we once again need state and local governments to lead the way,” said Stacy Mitchell, co-director of the Institute for Local Self-Reliance. “Concentration is not the result of inevitable forces. As this guide details, it’s a product of deliberate policy choices made at all levels of government. By changing their policies, states and cities can loosen the grip of dominant corporations, spur new businesses and jobs, reduce inequality, fight racial injustice, and strengthen communities.”

The ILSR report underscores how the rise of a small number of giant corporations undermines our economy and our democracy in numerous ways:

The report covers a range of policy areas and describes the current market power in each sector and the policy drivers that shaped this power. It then provides a detailed list of the kinds of policies that states and cities can enact to curb monopoly power and develop local solutions and autonomy. It also highlights several success stories of state and local governments enacting locally driven policy solutions, including how:

About the Institute for Local Self-Reliance:
The Institute for Local Self-Reliance has a vision of thriving, equitable communities. ILSR believes the biggest challenge in the U.S. today is corporate control because it diminishes community power and undermines the strength of our democracy and our local economies. We are a national research and advocacy organization that partners with allies across the country to build an American economy driven by local priorities and accountable to people and the planet. ILSR.org 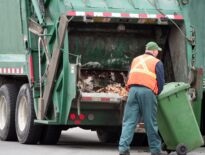 Waste to Wealth Why Washington, D.C., Is Losing Money on Garbage 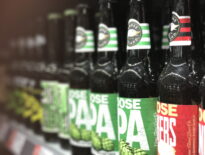 Retail In Slate: Break Up Budweiser
Sign Up for Composting and Zero Waste News