Bruce Holstein, longtime anti incineration and pro Zero Waste advocate from Carroll County, MD recently authored a guest commentary that appeared in the Carroll County Times. In it, he offered suggestions to county officials about the benefits of zero waste.

Some background: Carroll County officials struggled for several years to build a garbage incinerator.  Research by citizen groups revealed to the newly elected officials and the public that the contracts for the project were deeply prejudicial to the interests of the county and put the county at grave financial risk. It turns out the county commissioners who approved the project had not even read the details. The new county officials paid attention to their constituents and terminated their involvement in the project at the cost of $1 million. It has been 7 years since that decision and the solid waste challenges have not abated. But no action seems to have been taken even as surrounding jurisdictions plan and invest in composting, unit pricing for garbage collection and other steps toward Zero Waste.

Holstein reminds Carroll County that the decision to abandon garbage incineration is still valid and points to solutions through Zero Waste policies. Here is the full text of Holstein’s guest commentary:

In response to Dean Minnich’s March 4 column about the Carroll County trash dilemma, the solution is known as Zero Waste, which is the conservation of resources through responsible production, consumption, reuse, and recovery of products, packaging, and materials.

Zero Waste has been implemented in several cities in the United States and overseas. One of the first steps that could be taken by our county commissioners is countywide implementation of the successful unit pricing pilot in New Windsor that showed how unit pricing can cut costs and reduce solid waste by 43.5%.

A follow-on step for the county is to implement distributed composting systems for households, and municipal scale facilities. Organic material is about 35% of the waste stream. In Seattle, implementation of composting has lowered the overall cost of solid waste management.

Many of the items in the remaining trash can be reused and manufactured into items that can be sold. This creates jobs, small businesses, and expands the county’s tax base.

Minnich claimed the trash incinerator he voted for was talked to death and killed eventually by political factions schooled in the art of stalling and obstruction. Nothing could be further from the truth. Minnich had no idea of the cost of the incinerator because that data was not provided to him before he voted. Citizens in both Frederick and Carroll counties joined together to read all the contracts. They analyzed the financial projections provided by the Northeast Maryland Waste Disposal Authority. The citizens discovered the finances of this project did not work because the Authority inflated revenue projections and understated cost. The financial issues discussed below were the main reason the new County Commissioners voted to terminate the incinerator contracts.

The counties were told the bonds were not their debt. This was technically true because they were revenue bonds issued by the Authority and secured by incinerator sale of electricity. However, the Authority knew plant revenue would not be sufficient to pay off the bonds and operating cost. They included debt service as a component in the energy recovery fee but never publicly discussed this fee. This fee appeared in a billing formula that was buried on page 11 of the energy recovery agreement between the counties and the Authority. Both Counties were contractually required to pay off the bond debt.

The Authority required the counties to pay $111.8 million over a 20-year period for a letter of credit issued to Wheelabrator even if Wheelabrator, did not draw any funds against it.

The Authority failed to inform Frederick and Carroll they were responsible for disposing of all the ash, including ash created by burning trash imported from outside jurisdictions. Frederick and Carroll would either have to bury ash in their respective landfills or pay to have it hauled out of state. The Authority omitted the cost of county landfill depletion and/or long hauling of ash in comparisons with the cost of hauling trash out of state to make the incinerator look more cost effective than it really would have been.

The Authority inflated their electricity revenue projections. They knew actual electricity revenue at the Dickerson Montgomery County incinerator was much lower than their estimate for Frederick but suppressed this information. Had the Authority used a realistic estimate for plant revenue, it would have shown the Frederick incinerator was not financially viable without assessing county taxpayers significantly higher system benefit charges or higher taxes.

Minnich needs to understand this history and why his version of events could lead county commissioners into another mistake. 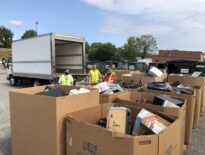 waste - recycling How The ReUse Corridor is Creating Wealth From Was… 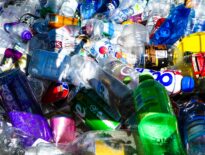